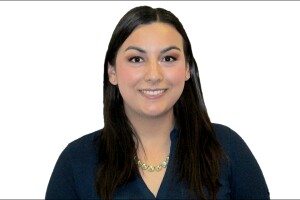 Alex Valverde joined the LEX 18 news team in May 2019 as a multimedia journalist.
Previously she worked as a reporter for Spectrum News, Central/Northern NY and for WWNY-TV, both in Upstate New York.

She’s excited to make the move to Central Kentucky and trade in harsh winters for milder ones. As a native Buckeye, she’s also much closer to home.

When not reporting, you can still catch Alex out and about, whether it's hiking, shopping, or making a coffee run.

You can also catch her on social media! Got a story idea or just want to chat? Email her at alex.valverde@wlex.tv, find her on Facebook at "Alex Valverde," or follow her on Twitter at @AlexValverdeTV.