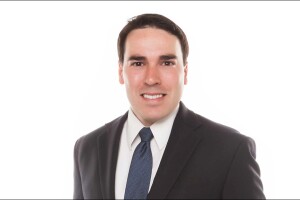 This is Conroy’s second newsroom he has worked in Kentucky. After graduating from the University of Missouri, he moved to Hazard, where he reported at WYMT for two years. In 2011, he moved on to the Volunteer State to report and anchor at WVLT in Knoxville.

Before returning to the Bluegrass, Conroy was a teacher and coach at his old high school in Houston, Texas. He enjoyed living and working close to home, but reporting was still his passion, and something about the beauty of Kentucky always stuck with him. LEX 18 was a station he admired while working in the Mountains, and couldn’t say “yes” fast enough when offered an opportunity to report in Lexington.

Conroy enjoys hiking, running, going to any sporting event, and exploring Kentucky’s many distilleries. He’s a New Orleans native who loves the Saints and, of course, Cajun food. Conroy is excited to continue visiting different communities and report stories that matter to you.