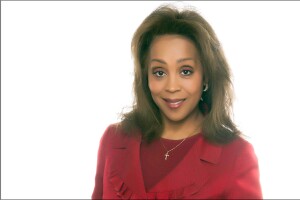 Dia Davidson came from Philadelphia, Pennsylvania and graduated with a Master of Journalism at Temple University and a Bachelor of Arts at the University of Georgia. Dia began her career at LEX 18 in December of 2000. Dia is a news anchor for LEX18 News at Noon, 12:30, 4 and 5:30 and 7 p.m.

She enjoys being involved in her community as a Board Member for Special Needs Adoption, a Board Member for the YMCA Black Achievers, she was speaker at the 2002 University of Kentucky Women in Media, and a panelist at the Lexington Mayoral debates. Dia has been a motivational speaker at various public and private grade schools and universities.

Dia is married toRay Smith and has one daughter, Rania De Vane Smith. She has a female Pekingese dog, Chiang Mei Lei. Her favorite book isThe Prophet by Kahlil Gibran. Her Favorite movie is The Way We Were.

Dia loves in the the Lexington area because it is a beautiful place to live and grow professionally! Since moving to the Bluegrass she has learned how to ride a horse and she continues to develop a special appreciation for stylish Derby hats.

Dia says her most interesting assignment to date was, “Covering the 2003 ice storms here in Central Kentucky. We stayed on the air for nearly 7 hours straight in just one day, shared important information and helped my neighbors get through a difficult time. It was physically challenging and professionally, it was a thrill!”