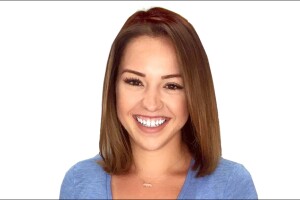 Jacqueline Nie joined LEX 18 news team in May of 2017 as a reporter. Jacqueline is no stranger to Lexington; she is a former intern at LEX 18 and a graduate of the University of Kentucky. She is excited to make Lexington home again!

Jacqueline made the move back here from Bowling Green. She worked for the ABC affiliate for nearly two years as a weekend anchor and reporter. During her time in South Central Kentucky, she had the opportunity to cover major local, state and national news.

Jacqueline is a Chicago area native who fell in love with the bluegrass state while attending UK. Outside of news, Jacqueline enjoys watching interior decorating shows, traveling and being outside. She also loves cheering for the Cats and all Chicago sports teams, especially the Blackhawks