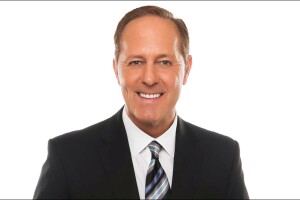 Kevin Christopher's broadcasting career began when he signed on as the Sports Anchor for Turner Broadcasting's TBS Evening News in the spring of 1980. For the next seven years he was the main TBS Sports studio anchor for Atlanta Braves baseball, Atlanta Hawks basketball, NBA basketball, SEC College football and the Sunday night Coors Sports Page highlight show, as well as a contributor to CNN and Headline News. He later headed to New Jersey's second largest daily newspaper, The Asbury Park Press, as a columnist.

During the early 1990's Christopher did double duty as a studio anchor and national correspondent for Washington D.C.'s Sports News Network, before returning for a second stint at The Asbury Park Press. When his two-year tenure as the Sports Director at New York's WLNY-TV ended in 1995, Christopher made the move to news full-time as a bureau chief and evening anchor at Cablevision's 24-hour cable news service, News 12 New Jersey. In March of 1997 he helped launch the news division at Tallahassee, Florida's WTWC-NBC News 40. After three-and-a-half years as the main anchor, managing editor and host of the station's political talk show at WTWC, Christopher signed on as co-anchor of the 5:30, 6:00 and 11:00 PM newscasts at LEX18 in October of 2000. Now in his 40th year in broadcasting, he also anchors LEX 18 News at 5:00.

Christopher has been awarded the Emmy, the Addy, was a member of the broadcast team on several cable Ace award-winning TBS Sports telecasts, and he is also a multiple winner of Associated Press awards for his television and newspaper work.

A native of Freehold, New Jersey, Christopher says one of his most rewarding assignments was, "A special report that consisted of a series of interviews I did that coincided with Tom Brokaw's "Greatest Generation" specials on NBC Nightly News. I got to meet and hear the stories of some real American heroes: a sailor on the deck of the Arizona during the Japanese attack on Pearl Harbor, a pilot whose ship was sunk in the first Kamikaze attack, a tank officer who fought in the Battle of the Bulge and a Marine Sergeant who survived one of the bloodiest battles in the Philippines. The other hero....an Army forward observer decorated with the Silver Star after escaping from a German prison camp.... I already knew. He was my father."

“When people find out I spent 13 years as a sportscaster and sports columnist, the always want to hear about my favorite sports story, which remains, “Throwing out Bruce Springsteen trying to steal second on me in Little league.”