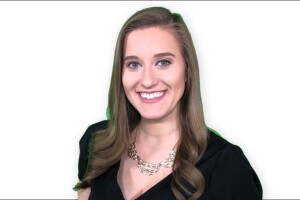 Kristen Edwards joined the LEX 18 team in November 2019 as a multimedia journalist. She comes to us from KRNV in Reno, Nevada, where she covered a variety of stories and recently won a Regional Emmy for her station’s coverage of the Camp Fire in Northern California.

She then went on to Syracuse University where she received her Master’s in Broadcast and Digital Journalism. Kristen is thrilled to call Lexington her new home and is excited to tell stories in the Bluegrass.