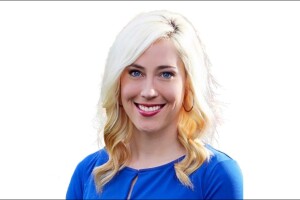 Kylen Mills joined the LEX 18 news team in March of 2017 as a weekend evening anchor and reporter. Kylen is no stranger to Bluegrass; she has family ties to Lexington and eastern Kentucky that go back generations. She’s thrilled to now call Lexington home!

Kylen made the move here from Oklahoma City. She worked for the Fox affiliate there as a reporter and fill-in anchor for two years. In the Sooner State Kylen had the opportunity to cover everything from tornadoes, to President Obama visiting, to the Thunder advancing in the playoffs. But she feels her biggest accomplishment in Oklahoma was receiving a 2016 NextGen 30 under 30 Award for leadership and community service.

Kylen is a Chicago area native who graduated from Lewis University in Illinois with a broadcast journalism degree. Her first stop on the TV News journey was in the Quad Cities right on the Illinois Iowa border. For 2 years she worked as an anchor and reporter at the CBS affiliate there.

Outside of news, you can likely find Kylen on the soccer field or hitting the trail for a run. She is an avid Chicago sports fan and loves all things Cubs, Blackhawks, Bulls and unfortunately the Bears. Food (eating not cooking) and volunteering are two of her other passions. She also is a proud dog mom. Feel free to follow along with her on Facebook or Twitter.