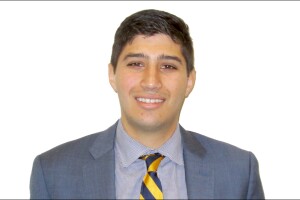 Mike Valente is excited to join the LEX 18 news team as a multimedia journalist. Prior to coming on board in August 2018, Mike worked for WDTV in Bridgeport, West Virginia, where he covered everything from murder trials to the state’s historic school service personnel strike.

Mike has always been passionate about telling stories and giving a platform to people whose voices have been muted. He prides himself on being versatile, pursuing investigative pieces, light-hearted feature stories, and profiles of courage.

Before working in West Virginia, Mike worked in production for ABC News Radio, where he contributed to live reports on stories like the November 2015 Paris attacks and David Bowie’s death.

Mike bleeds orange and blue, despite being consistently disappointed by his two teams: Syracuse University (Basketball) and the New York Mets. When he’s not at work, you can find him screaming into a pillow about these teams, digging into the best-kept secrets in Lexington, or listening to a podcast. Mike is a history junkie, so he loves visiting museums, old churches, and taking ghost tours.

Have a recommendation on food or museums?