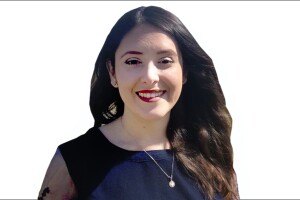 Sofia Millar joined the LEX 18 News team in December 2019 as a multimedia journalist.

Originally from Chile, Sofia moved to the Tampa Bay area when she was three years old. Though she misses heading to the beach year-round, she’s excited to call the Bluegrass home!

Sofia graduated from the University of Florida’s College of Journalism and Communications in May 2019. While there, she worked as a bilingual multimedia journalist and anchor for WUFT.

During her time at WUFT, Sofia was honored with multiple awards for her reporting, including regional Edward R. Murrow, Associated Press, and PRNDI awards.

After graduation, she spent six months working as an investigative reporter in Monroe, La. During her time there, she produced multiple series about Louisiana’s aging infrastructure and the state’s resulting water crisis.

Her reporting has taken her around the United States, putting her in the center of the Families Belong Together March in Washington, D.C., and at ground zero during Hurricane Michael’s wreckage of Panama City. She also traveled to Canada for WUFT’s special report Generation Gunned Down.

When she’s not in the newsroom, Sofia is probably outside playing frisbee with her dog Otis or tucked away in a corner painting. She loves traveling to new countries and her biggest goal is to collect a passport stamp from every country in the world.