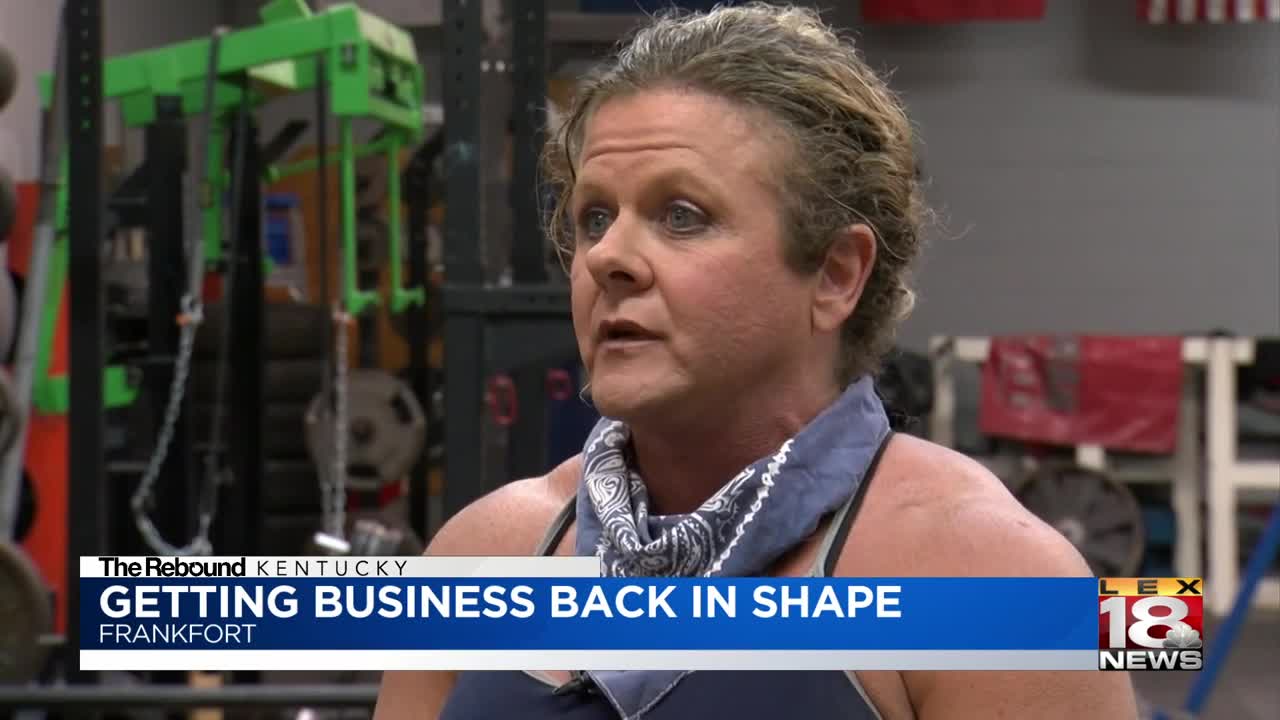 For some smaller gym owners, COVID-19 meant no income for two, almost three months. This affected their entire family

As the manager of Elite Fitness in Frankfort, Tisha Owen was one of the few people allowed inside during the shutdown.

"It was very odd. Very weird feeling in the gym, not having all of the members coming in," said Owen.

About three months ago, Elite Fitness and gyms across the state closed their doors as the virus reached Kentucky.

"We were actually in panic mode," said Jennifer Wilson, co-owner of Fit4Life in Frankfort.

"It takes a lot of marketing to get your name out there. There are still people in Frankfort who do not know that we're here after four years," said Wilson.

Bills still needed to be paid, and despite not being open Wilson says they were able to make ends meet.

"A lot of our members continued to support the gym which we are grateful and thankful for. It's like a family here, so we support one another," said Wilson.

Dale Robinson, the owner of G.U.R.U. Fitness, also in Frankfort, found many ways to fill the time while his gym was closed.

He helped his wife open a nutrition business and spent time connecting with his newborn daughter, Eliza.

"If it didn't, then it would be hard to get that time in with her," said Robinson.

To stay connected with his clients, Robinson rented out dumbbells and kettlebells and moved his classes online.

"We did it at 5 and 6:00 in the morning. So we had a weight, and a bodyweight workout in case somebody doesn't have weights. And they can go back and do it any time of the day," said Robinson.

While missing that one-on-one connection, Owen and Wilson also turned to social media for instruction and motivation.

"To keep them entertained and focused on their goals. We didn't want them to just get complacent," said Owen.

"I gave them so much grief about continuing to work out that they knew they should still be physically active," said Wilson.

Operations are slightly different in the new normal.

Water fountains and showers are closed. There are plenty of bottles of sanitizer to help keep machines clean before and after use. Class sizes are smaller, and some class times are shorter.

"It was safe prior to the COVID-19 shutdown. We are doing everything possible that the CDC recommends to make everybody feel secure coming in," said Wilson.

There may be social distancing inside, but Owen says just as before the new normal, you'll get out what you put in.

"Consistency and dedication, and not giving up immediately, because you're not going to see gratification overnight," said Owen.

This Saturday, G.U.R.U. Fitness will be hosting the "Big Floyd" this weekend, which is dedicated in memory of George Floyd. Robinson says anyone can join.