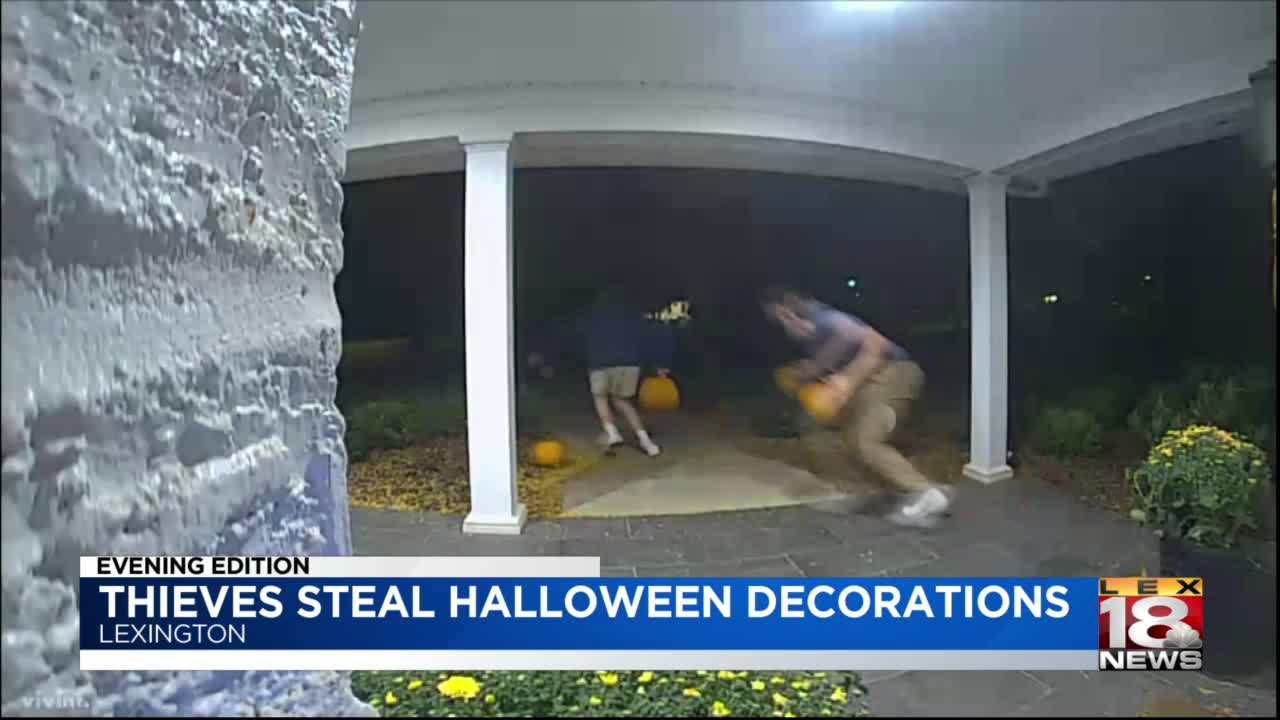 This surveillance footage shows two thieves taking pumpkins and a skeleton decoration from the front porch of the Mallory home.

Another home down the street also shows a theft.

Tressie Mallory said her three boys were devastated when they saw what had happened. They were especially upset about the skeleton being stolen. They had begged their parents for three years to buy one. Tessie and her husband finally gave in this year.

"He was so proud that thing!" Tressie said. "He comes home every day and he admires it and he's just proud of it. He tells every person that walks by, 'Look! we got a brand new skeleton.' I know it's not a big deal in the big scheme of things, but you just hate to see their little spirits crushed when they are so excited about something."

Beyond the sadness, Tressie said the entire thing scared her children.

"My son said, 'Mom, did we have bad guys at our house?' and you're trying to explain to them, it was just boys that made a bad decision, but it was, it was a little bit scary for them," Tressie said.

Another neighbor said her kids were scared that the thieves would come back and steal more pumpkins.

Both said they would, at the very least, like an apology.

"I think I'd just like to see them just come apologize to my kids," Tressie said. "Show my kids that you can't just do things like this and it'll be okay."