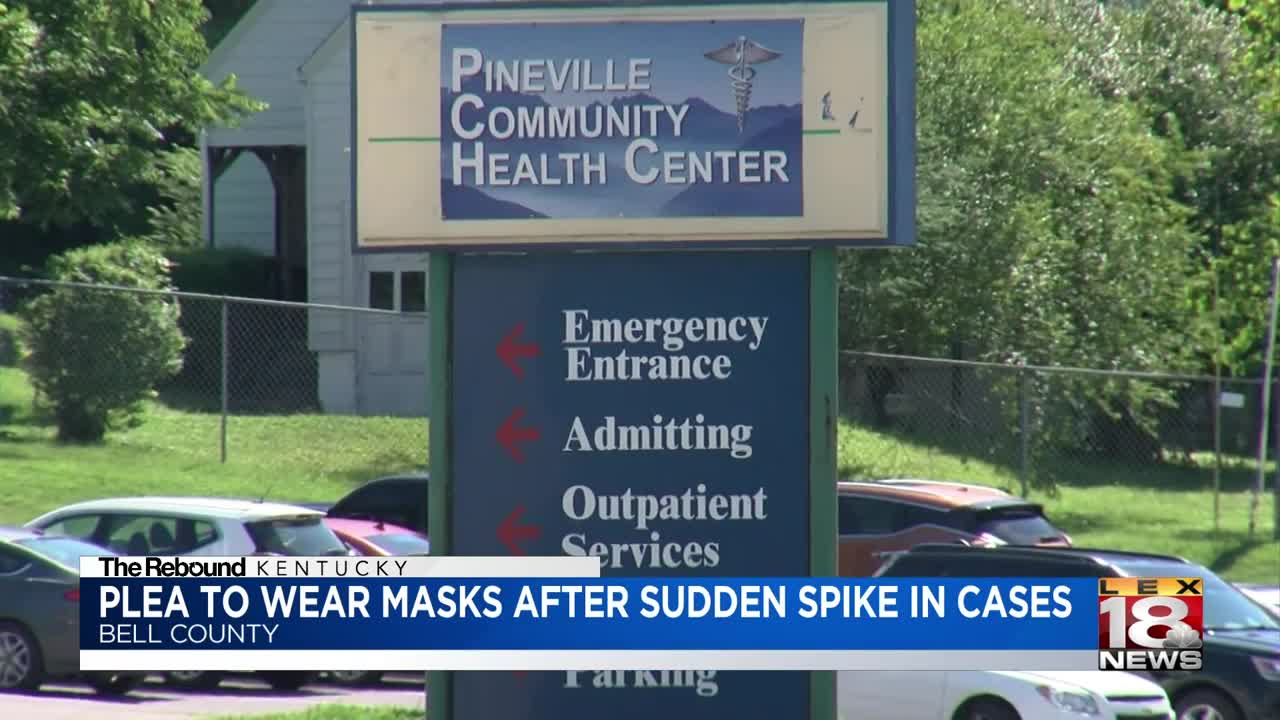 Sitting on the border of Tennessee and Virginia, Bell County maintained a low number of cases through the first three months of the pandemic.

Up until late May, Brian O'Brien was hosting nightly updates on his radio station, 106.3 FM The Big One. It's based in Pineville, but reaches into counties in Virginia and Tennessee.

For the first several weeks of the pandemic, Bell County Judge Executive Albey Brock was a regular guest. He says the beginning of the virus spread brought an influx of information and fear.

"You know, you had that big shock factor man. You know, you didn't know what to do. Everybody's scrambling," said Brock.

But during that first influx of cases, Bell County was mostly spared.

"We didn't have a case forever. We were one of the last six counties in the state to have a case, and based on population, we were by far number one (in population)," said Brock.

As restrictions lifted in May, stores reopened and restaurants welcomed diners inside once again. It was a big help to local workers.

"All of us depend on our checks. I go to LMU, so it's a big impact on me financially if we don't get to work," said Taylor Gregory, assistant manager at Sauced in Pineville.

June was somewhat of a return to normalcy. As the calendar turned to July, the total number of cases hovered just around a dozen.

But after the July Fourth weekend, that changed.

"Last Wednesday, we had an explosion. I mean, pure and simple. It was an explosion," said Brock. "We've surged 90-plus cases in a ten day time period."

That's why Judge Brock returned to the airwaves with a passionate plea: wear a mask.

"This is the one thing we each can do to help control it. Just wear a mask. It's common sense. It's gonna help you," said Brock. "This is not a political issue. It's not about politics, at all."

"When they come in, if they don't have a mask on, we meet them at the door. And we let them know that you do have to wear a mask when you come in," said Gregory.

There are reminders across the restaurant to keep a safe distance. Lids and paper plates have moved behind the counter. Sauced first opened its doors on S. Pine Street in 2001. The restaurant is part of a growing business scene in downtown Pineville. Judge Brock is hoping to keep the storefronts occupied and thriving but until there's a vaccine or cure for COVID-19, he's going to keep encouraging all of Bell County to mask up.

"If we're going to be able to remain open, stay open and continue to open, this is going to have to be a tool in that," said Brock.