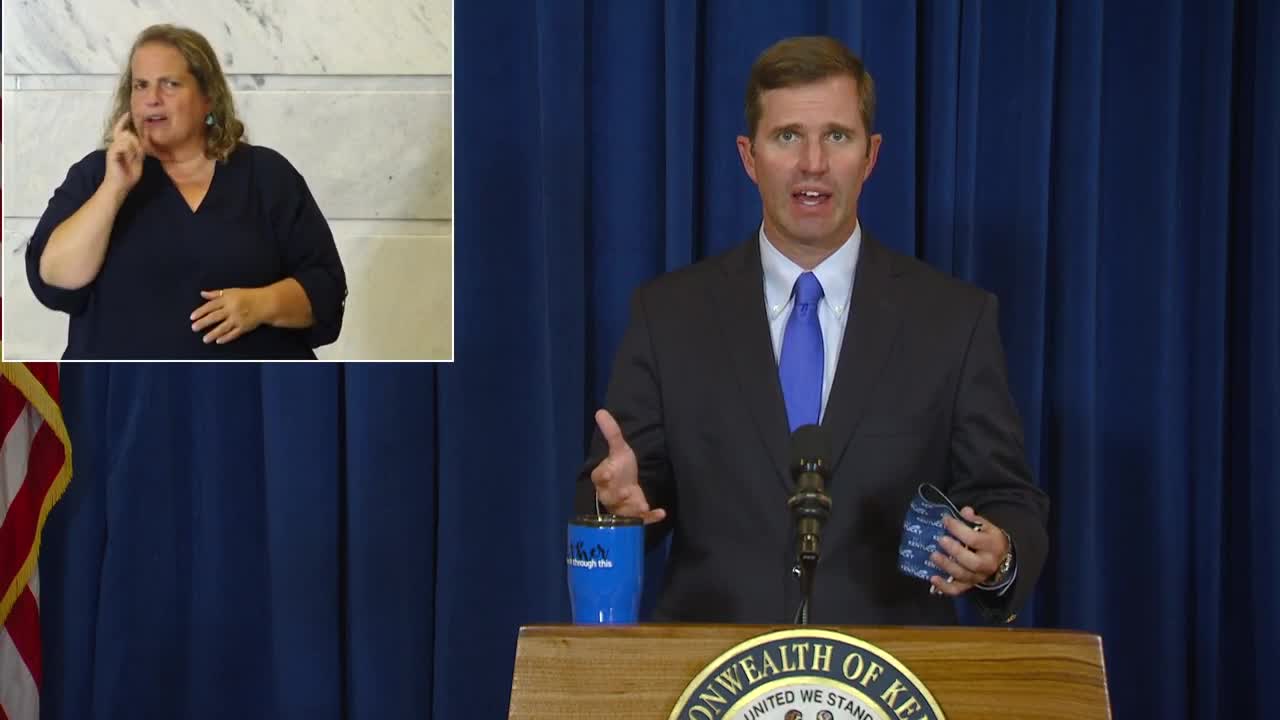 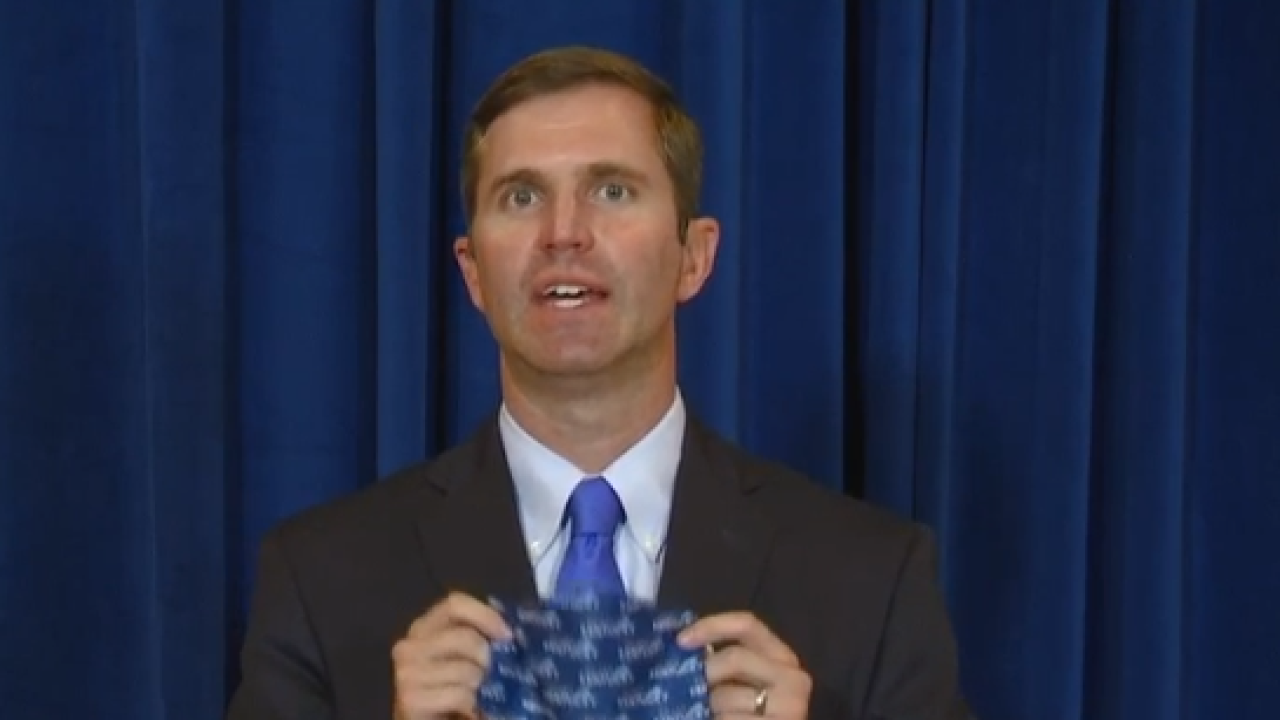 FRANKFORT, Ky. (LEX 18) — Gov. Beshear has signed an executive order stating that the wearing of masks in public will be mandatory in the state of Kentucky beginning Friday at 5 p.m.

"This is our moment to prove that we can beat the virus again," said Gov. Beshear.

This means all customers in retail facilities, grocery stores, anywhere indoors where people cannot stay six feet apart from each other, must wear a mask.

"When you go into a restaurant or a bar and you're waiting in line outside, you got to wear a mask," said Gov. Beshear. "If you're inside, until you're ready to eat, you're wearing one too."

Gov. Beshear said the three priorities for making this decision are the health and safety of the Kentucky people, restarting the economy, and opening schools.

"We're starting this early enough to where we have a real shot. Those that are out there that are nervous, they should be. But until they start seeing everyone wearing masks, following the rules and doing what it takes," said Gov. Beshear.

"If we could put those feelings aside and serve the greater good, and honestly folks, in the midst of a worldwide pandemic, wearing a mask makes a lot of sense and is it too much to ask? I don't think so," Gov. Beshear continued. "Our future in what we can do in this state how our economy rebounds, how safe our people are going to be. The health and the lives of Kentuckians all depends on our ability to wear one of these."

Restaurants and businesses can also refuse service to customers who refuse to wear a mask, and if businesses continue to serve people who aren't wearing them, they can be shut down by the local health department.

"If people do what they want to do and don't follow the restrictions, we will see more people get the virus, we'll see more people die, and we will have to roll back parts of our reopening and reduce capacity for different businesses," said Gov. Beshear.

He says the executive order will continue for 30 days and will be re-evaluated after that.