Adebayo selected to first NBA All-Star game as a reserve 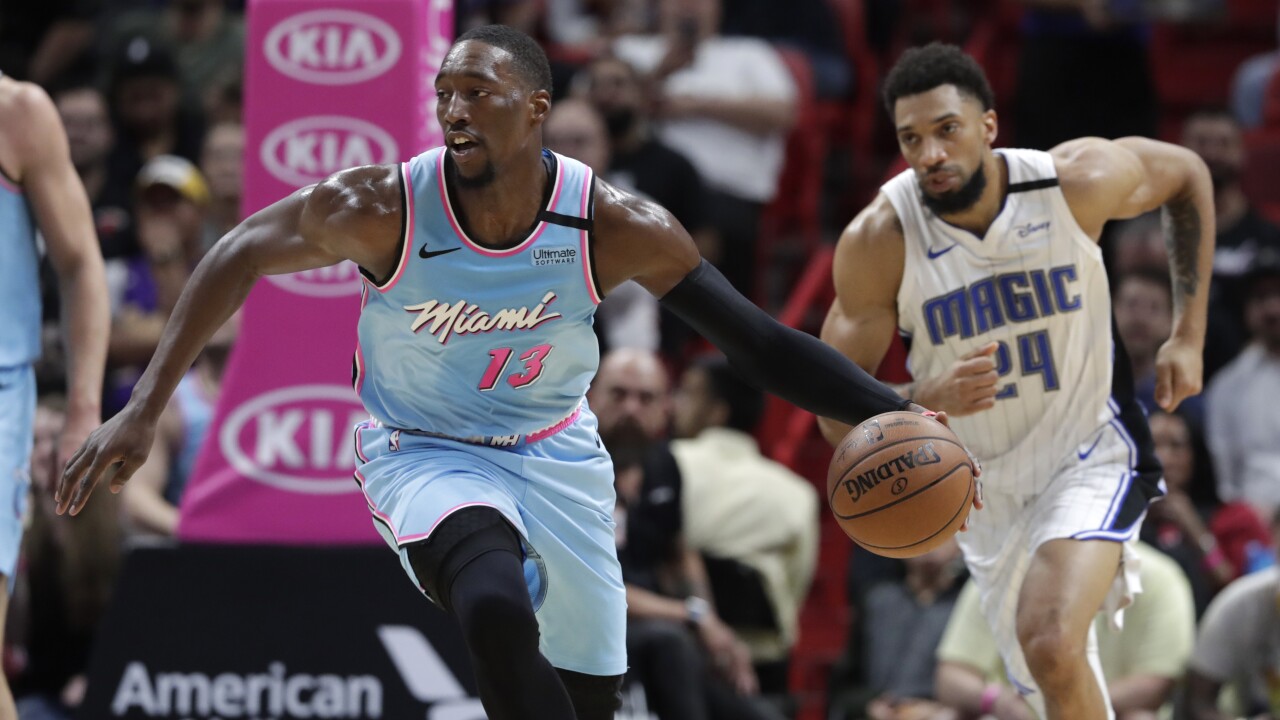 Joining former UK star Anthony Davis, who was voted into the starting lineup last week from a pool of fans (50%), players (25%) and media (25%), Adebayo was chosen as a reserve by the league’s head coaches. The announcement was made Thursday on TNT.

Kentucky’s two NBA All-Star selections are tied for the most among all colleges.

While Davis will be making his seventh overall appearance – most all-time among former UK players – and his fourth as a starter, the appearance will be an official stamp on Adebayo’s breakthrough season.

Teams will be set by the All-Star starters who led their respective conferences in fan votes during NBA All-Star voting, LeBron James (Los Angeles Lakers) and Giannis Antetokounmpo (Milwaukee Bucks) will serve as this year's captains.

The 2020 NBA All-Star Game, featuring Team LeBron vs. Team Giannis, will take place Feb. 16 at the United Center in Chicago. TNT and ESPN Radio will air the game live at 8 p.m.

Adebayo, who was a part of the 2017 Elite Eight and Southeastern Conference championship team, has transitioned in year three from a talented young big man with potential to one of the game’s best forwards. With a menacing combination of size and athleticism, Adebayo has formed a strong core in Miami that has shocked the league with a 32-15 start and a third-place standing in the East.

The 6-foot-9 forward is averaging a double-double for the Heat with 16.0 points and 10.4 rebounds per game, the latter a team high. Accentuating his versatility, Adebayo is averaging 4.7 assists, 1.2 rebounds and 1.1 blocks per game. He recorded his first career triple-double in December and already has three at this point. He’s shooting 58.9% from the floor.

In his lone season at Kentucky, Adebayo averaged 13.0 points, 8.0 rebounds and 1.5 rebounds with eight double-doubles. He tabbed to the All-SEC Second Team by both the media and the league’s coaches. He was also an All-SEC Freshman Team selection and a member of the SEC All-Tournament team after helping lead UK to the crown. He registered eight double-doubles with the Wildcats before being selected 14th overall by the Heat in 2017.

Davis is in his eighth season in the NBA and first for the Los Angeles Lakers. In 2017, he won MVP honors on what was then his home court in New Orleans. Davis scored an All-Star Game record 52 points in addition to contributing 10 rebounds. He broke Wilt Chamberlain’s previous scoring record of 42 points set in 1962. He and the Lakers are off to a terrific start to the season as the Lakers are currently in first place in the West with a 36-10 overall record.

Named the 2012 NCAA Final Four Most Outstanding Player after leading Kentucky to the 2012 national championship, Davis has already put together a long list of accolades in the NBA during his short career. Among his most noteworthy achievements, he’s a three-time All-NBA First Team selection (2015, 2017 and 2018) and made the NBA All-Rookie Team in 2013. He was considered the consensus national player of the year in 2012 before being drafted No. 1 overall by the New Orleans Pelicans (formerly the New Orleans Hornets) in 2012.

Participants for the NBA Rising Stars Game, Taco Bell Skills Challenge, the MTN DEW 3-Point Contest and the AT&T Slam Dunk Contest have not been named yet. Those announcements are expected to be made soon.

Kentucky has enjoyed unprecedented success at putting players in the NBA under John Calipari. In the 10-plus seasons of the Calipari era, 38 players have been selected in the NBA Draft, more than any other school. Included in the recent run are 29 first-round picks, three No. 1 overall selections (Davis, Karl-Anthony Towns and John Wall) and 21 lottery selections. A staggering 29 players from Kentucky were on NBA opening-day rosters (including two-way and inactive lists), the most of any school.

Calipari’s players are not only reaching the next level, they are succeeding when they do. His players have garnered 22 All-Star selections with the latest picks. Derrick Rose (from Memphis) was named league MVP in 2011. Five of his players have been tabbed All-NBA (Rose, Wall, Davis, DeMarcus Cousins and Towns), three have been named NBA Rookie of the Year (Rose, Tyreke Evans and Towns), and 12 players from Calipari’s first nine teams at Kentucky have made the NBA All-Rookie teams.