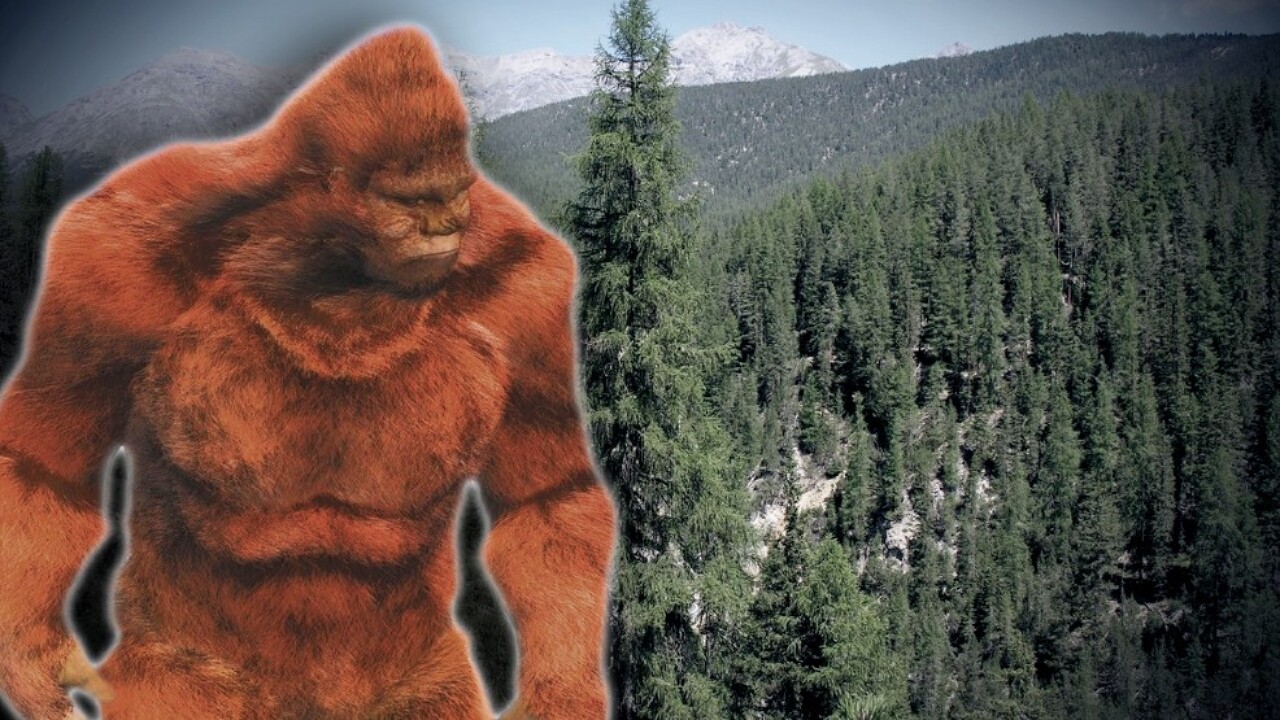 MAMMOTH CAVE, Ky. (LEX 18) — An investigation is underway after a gunshot was fired over the weekend at Mammoth Cave National Park. The shot was fired, a couple of campers reported, after a man allegedly had a Bigfoot sighting.

Brad Ginn tells LEX 18 that he was camping with his girlfriend Sunday when they were awakened by a man and his son shining flashlights into their tent. This was just after 1 a.m.

The man explained to Ginn that something had destroyed his campsite and that he kept hearing strange sounds, so he was going to investigate because this was “Bigfoot Country.” Ginn's girlfriend also reported hearing a strange whooping noise and that it had been keeping her awake.

The man then warned the couple that if they heard him fire a shot, they should run. A few minutes later, the couple heard the man exclaim loudly, "There it is!" before firing a shot in the direction of their tent.

When Ginn confronted the shooter, he said that the strange man claimed he had just seen Bigfoot pop out from behind his tent and that he had fired to scare off the creature. Ginn says that the couple had their dog with them and that he hadn't reacted to anything near their tent, other than the loud pop of the shot.

Needless to say, Ginn packed up their site and they hiked the five miles back to their car.

A spokeswoman from the park released a statement to LEX 18 confirming the incident...at least the shots fired part:

Mammoth Cave Law Enforcement Rangers responded to an incident involving an individual with a firearm at one of the park's back country campsites at approximately 2:00 am on Sunday, July 28. Park rangers made contact with all parties involved and no injuries occurred. While no threat remains in the park, this incident is still under investigation by park law enforcement officials.

Possession of a firearm within the national park is legal as long as the individuals follow Kentucky State Firearm laws, and do not not take them in government buildings that are classified as a federal facility, on any cave tour, cave tour buses, or in any concessions operated facilities. The discharge of a firearm within the park, though, is strictly prohibited under the 36 Code of Federal Regulations.

As for Bigfoot, he appears to have gotten away unscathed once again.