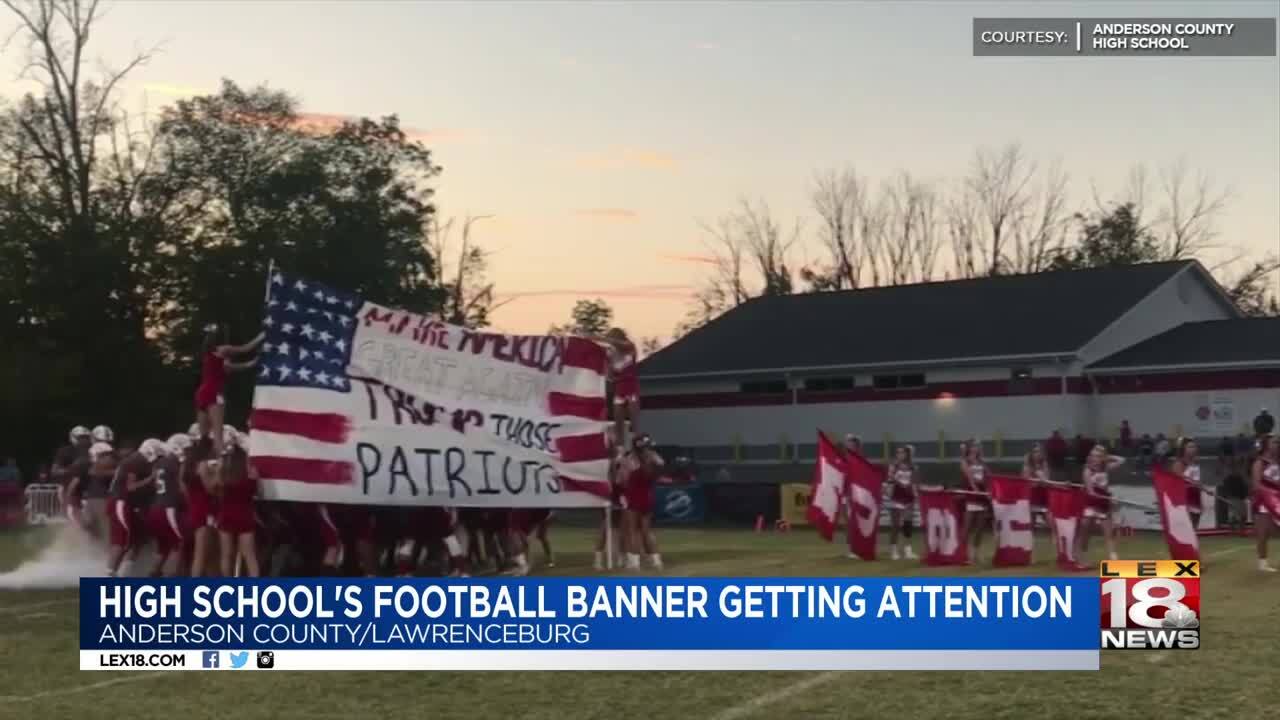 A video posted to the Anderson County High School Facebook page with the caption "Football Homecoming at ACHS #GOCATS" shows the cheerleaders holding a banner with an American Flag painted on it that says "Make America Great Again Trump Those Patriots."

About 30 seconds into the video, which is sideways, football players run through the banner.

The video has garnered more than 100 comments since Friday, some upset by the political nature of the slogan at a school-sponsored event.

Others support the teens saying it was clever because the team was playin the Lincoln County Patriots.

The school did not respond to any of the comments.