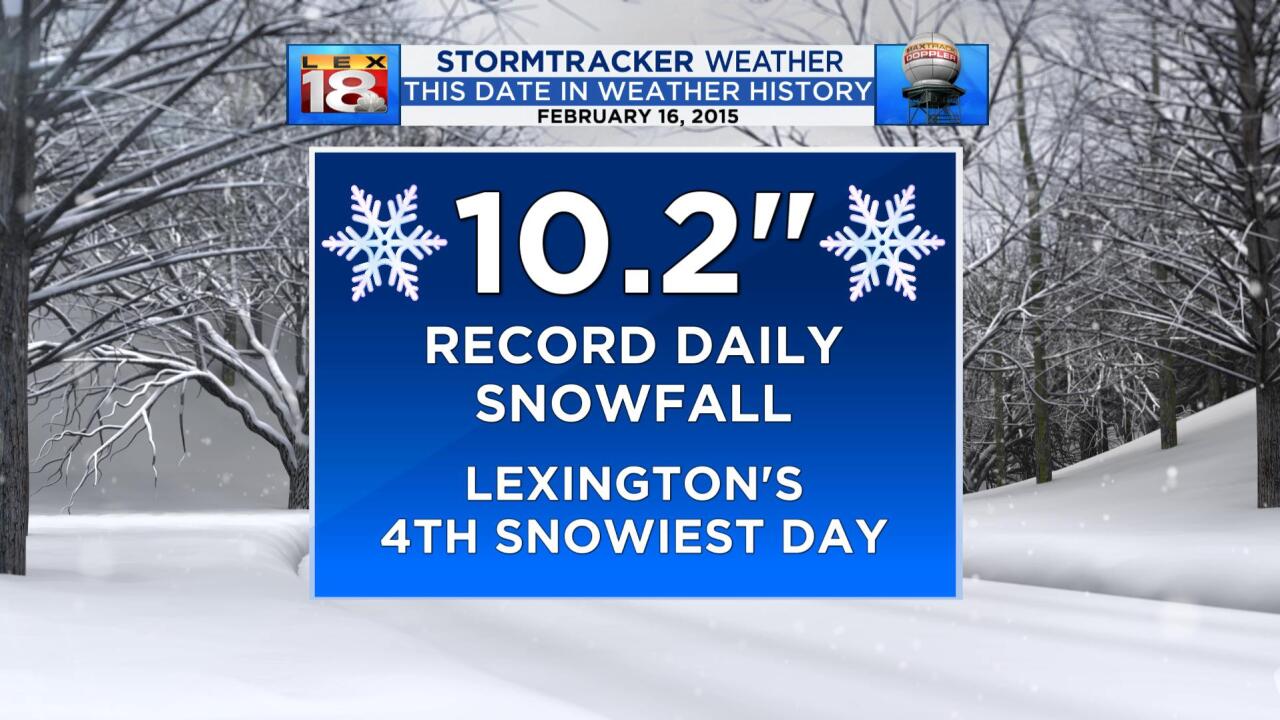 Do you remember the forecast from five years ago today? Does a significant snow storm come to mind? You may remember it started snowing. And just kept snowing!

This was a winter storm that produced more than a foot of snow in some areas for central Kentucky. Lexington picked up 10.2", which set a daily snowfall record and became the 4th snowiest day all-time. Much like this winter, the winter of 2014-2015 was lacking snow. That all changed with this event.

Then not even two weeks later, Kentucky was SLAMMED again with snow. Between March 4 and 5, 2015, Lexington received over 17 inches of snow. There was a large are centered along the Bluegrass Parkway that picked up between one to two FEET of snow. There were even some unofficial reports of thundersnow with this second major winter storm.

It just goes to show you that a snow-free start to winter doesn't mean it will end that way. Also not to write off late season snowfalls.