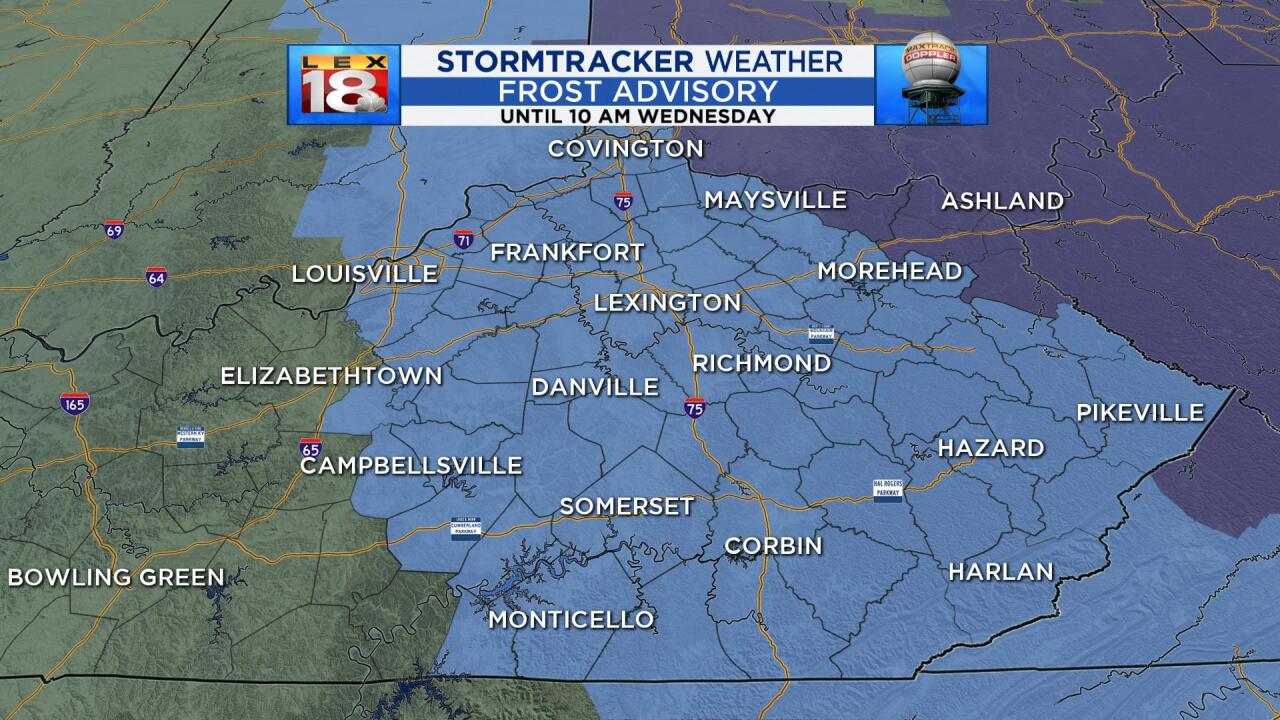 We are transitioning to a tranquil set-up, at least for the next 18 hours or so. High pressure will come gliding in tonight. This will clear our skies, relax the wind, and reinforce chilly temperatures. We are expecting lows to range from the mid 20s in valley locations to the lower 30s. All of this conditions are just right for a widespread frost to develop. A Frost Advisory will go into effect for the entire area late tonight and continue through 10 AM Wednesday. You'll want to protect your sensitive plants by covering them up or bringing them indoors.

Lexington's average final frost occurs in late April. The latest frost, a low of 36° or colder, occurred on May 27, 1961. Meanwhile, last year we set the record for the earliest final frost on April 1st. Low temperatures were warmer than 36° until the first fall frost was recorded on October 13th. That means last year's growing season lasted 194 days. One of the longest in more recent years.

This likely won't be the last frost of the season. The pattern through late April continues to include a persistent trough over the eastern U.S. This will keep the waves of unseasonably chilly air coming with the potential for intermittent frost or freeze. So if you have planted yet, that's good. I know you may be itching to do so during quarantine. We suggest waiting until the first or second week of May.