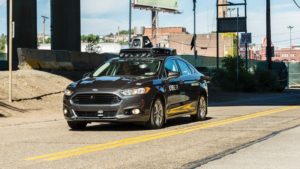 (AP) The ride sharing service Uber is getting more popular by the day. But are you ready to Uber with no driver in the car? Nearly eight months after one of its autonomous test vehicles hit and killed an pedestrian, Uber wants to resume testing on public roads.

The company has filed an application on with the Pennsylvania Department of Transportation to test in Pittsburgh, and it has issued a lengthy safety report pledging to put two human backup drivers in each vehicle and take other precautions to make the vehicles safe.

Company officials acknowledge they have a long way to go to regain public trust after the March 18 crash in Tempe, Arizona, that killed Elaine Herzberg, 49, as she crossed a darkened road outside the lines of a crosswalk.

Police said Uber’s backup driver in the autonomous Volvo SUV was streaming the television show “The Voice” on her phone and looking downward before crash. The National Transportation Safety Board said the autonomous driving system on the Volvo spotted Herzberg about six seconds before hitting her, but did not stop because the system used to automatically apply brakes in potentially dangerous situations had been disabled. A Volvo emergency braking system also had been turned off.

“Our goal is to really work to regain that trust and to work to help move the entire industry forward,” Noah Zych, Uber’s head of system safety for self-driving cars, said in an interview. “We think the right thing to do is to be open and transparent about the things that we are doing.”

Among the other precautions Uber will take are keeping the autonomous vehicle system engaged at all times and activating the Volvo’s automatic emergency braking system as a backup.