Bacardi Just Introduced Premixed Rum Cocktails In A Can 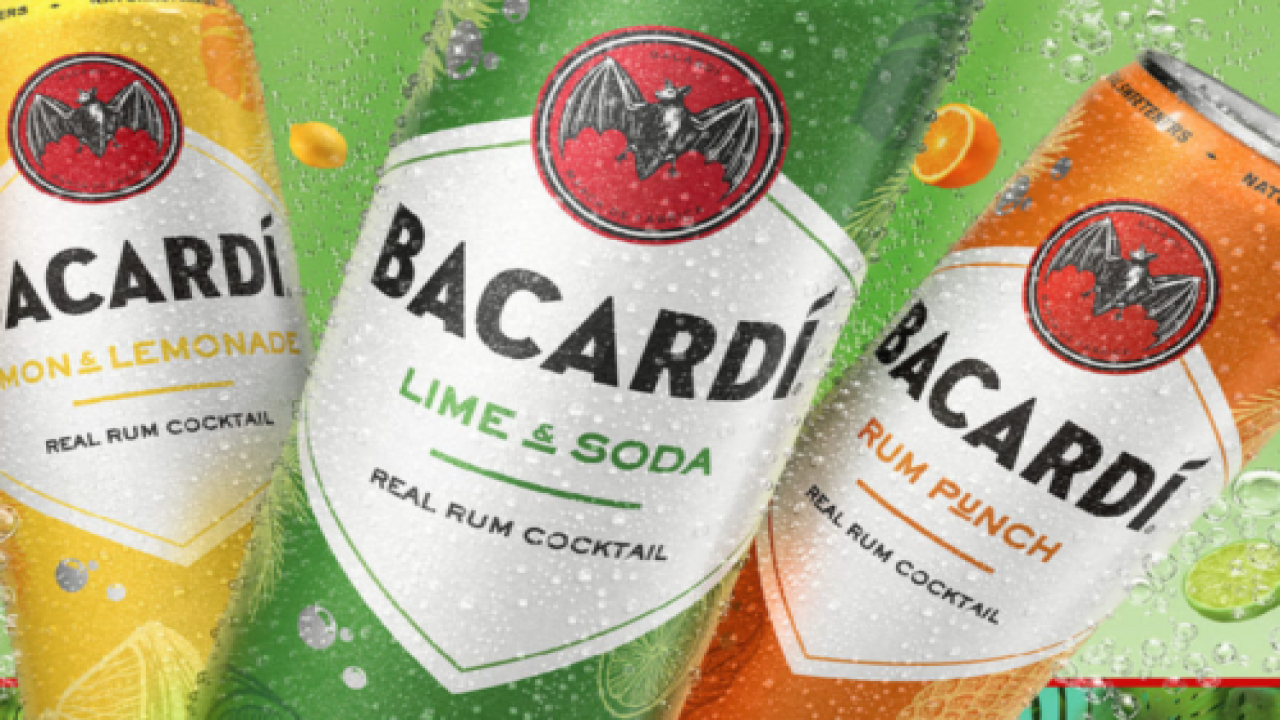 While last summer may have been all about hard seltzer, this year it looks like canned cocktails are going to be to go-to drink.

While seltzer will likely still be a favorite as the weather turns warmer, if you’re looking for something just as easy to drop into the cooler but with a little more kick, you’re going to want to try the new rum cocktails Bacardi just released.

The new ready-to-drink cocktails come in three flavors, all with 5.9% alcohol by volume: lime and soda, limon and lemonade and rum punch. All three are made without artificial sweeteners.

According to the product descriptions on Bacardi’s website, the lime and soda has a crisp lime flavor that is paired with bubbly soda water, while limon and lemonade is a blend of lemon flavor with hints of lime and grapefruit that is then balanced with sweet and tart lemonade.

Rum punch is less citrusy, according to the description, with a blend of fresh pineapple, orange and mango flavor, plus a hint of passionfruit.

For now, Barcadi’s website only lists them for sale through Drizly, but some stores have posted photos of them on Instagram, so they are also rolling out to retailers. You can find the three flavors in individual four-packs for around $12.99.

If you’re not a fan of rum, how about a vodka cocktail in a can? Absolut is now making Vodka Sodas and Absolut Cocktails, pre-mixed and canned just like Barcardi’s.

The new soda and cocktails are made with original Absolut Vodka and natural flavors. They are available in stores nationwide for around $12.99 for a four-pack of 12-ounce cans.

The sodas come in three flavors: raspberry and lemongrass, lime and cucumber or grapefruit and rosemary. The cocktails come in more traditional flavors: mango mule, berry vodkarita and grapefruit paloma.

If you really like traditional cocktail flavors, however, you may instead want to try Anheuser-Busch’s new Social Club Seltzer, which comes in three flavors: old fashioned, sidecar and citrus gimlet.

The Social Club seltzers have 7% ABV and 150 calories. They are available nationally in variety 12-packs and single-flavor six-packs.

Meanwhile, Barefoot now has a hard seltzer made with wine, and you’ll also find a new 100-calorie wine spritzer from Movo in stores nationwide.

The Movo spritzers have a 5.5% ABV and are made with only four ingredients: wine, sparkling water, fruit juice and natural flavors. It comes in three flavors: peach white blend, raspberry rosé and blood orange sangria.

Will you be trying Bacardi’s new rum cocktails or any other ready-to-drink cocktails this summer?