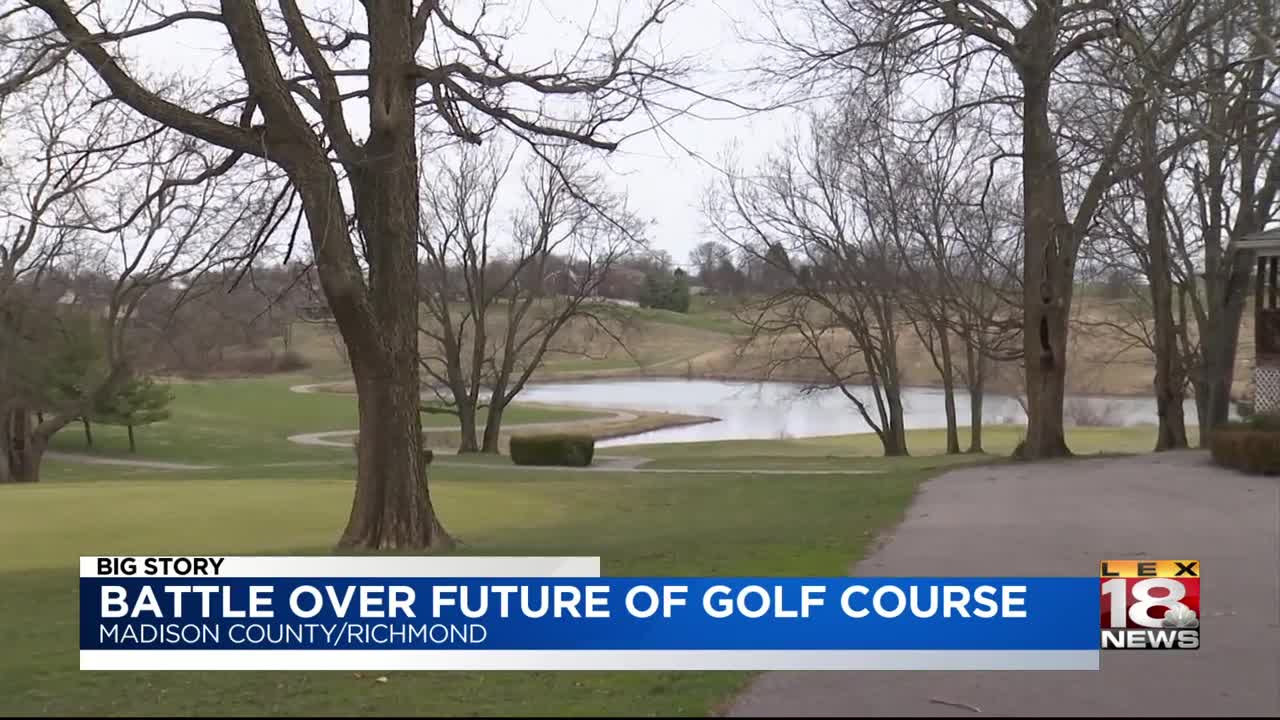 RICHMOND, Ky. (LEX 18) — The Battle of Richmond was fought in August of 1862 and is known as one of the most decisive battles of the Civil War. Ever since, Madison County has worked to keep the integrity of the land to honor its history. More than 100 years later, it's the site of another battle, between the people who live near there and the county fiscal court.

"All of this could've been avoided if the fiscal court addressed the people here and said we're thinking about selling the golf course," Lorianne Bonn, who has lived in a Battlefield neighborhood for 16 years said.

There are hundreds of people who have signed a petition, demanding a seat at the table as the county decides the future of their neighborhood. "I want to see it stay a golf course, I really think it's of value to the community. But, when you're in a financial crisis then you have to prioritize things," Judge Executive Reagan Taylor said.

Judge Executive Taylor says the crisis is the county's overcrowded jail. In the fall of 2019, LEX18 reported about a proposed property tax hike to build a bigger one, but the tax caused a backlash and ultimately didn't pass. So now, the county is looking to sell several properties to fund the project, including the Battlefield Golf Course. But that's not all. The county is also appraising other properties, including Wilgreen Lake and the Old School Building.

But the neighbors say they've checked the paper work and they're not so sure it will work.

"They can't even attest in the resolution that it will fix anything. It may fix," Bonn added.

And they say if the course is sold and developed, the county will see the benefits, but they could be out of a lot of money.

"This past summer, we took out a home equity loan to put in an in-ground swimming pool, thinking this is the time, this is the best time to do this. And then December comes along and this resolution. And that could really really affect this investment for us," Candace Coffield, who has lived in the neighborhood for 5 years, said.

The residents have started putting up signs, that read 'not just a golf course', in an attempt to send a message to their county officials.

"We bought our home four years ago. And we've basically put in mechanics - roofing, things of that nature. And you're still talking about an amount of money you won't get back if this happens," Don Cunningham, who has lived in the neighborhood for 4 years, said.

"Making sure that some of the land that is R-1 is not stuffing homes into that sector or causing your beautiful view that you took great care to choose and purchase doesn't have a gigantic apartment building sitting there," Bonn added.

Judge Executive Taylor says he's heard the concerns and he wants the golf course to stay wide open if it's sold. "If you're familiar with Lexington, Andover did this maybe a couple years ago. And so, I've reached out to some of that. Hey, what did that truly do to those houses in Andover when that happened?"

The neighbors want those protections in black and white in the resolution and Judge Executive Taylor says the court plans to do that during their meeting on Tuesday January 28. But the group behind the petition says the plan needs more time and thought. "I feel like it was not well thought out and we need time to discuss with them, a due diligence period if you will," Bonn added.

"My door is open. I would encourage those individuals to call me, and I will comfort them," Judge Executive Taylor added.

Appraisals will be done by the end of January and the goal is to put up each location on the market in a couple months.