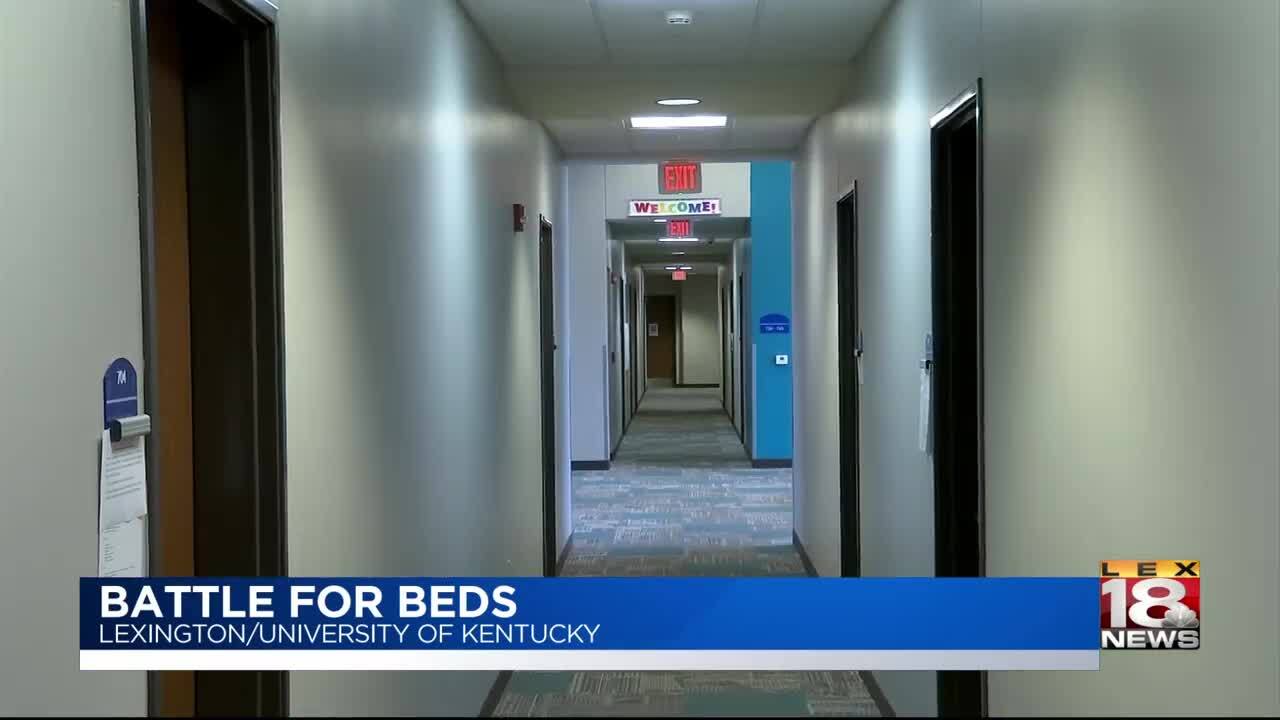 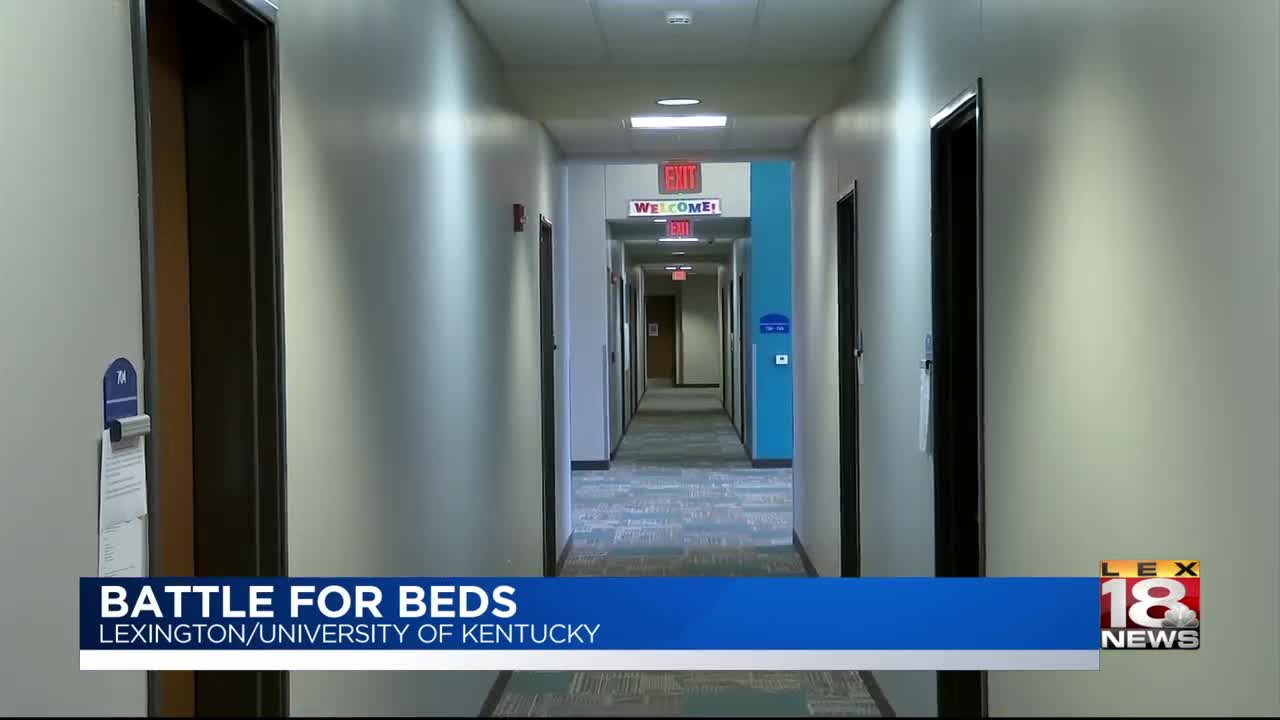 LEXINGTON, Ky. (LEX 18) — It's just weeks before a new class of students move to the University of Kentucky campus and it appears to be a battle for beds.

A spokesman for the university said that the bed shortage is caused by two main issues.

"It's a combination of two or three main issues. One is, record first-year enrollment. So we're going to have about 200-300 more students than we did last year. Record number of students who were here last year who want to come back and live in resident halls, that's about 2,500 students. And then the time issue," said spokesman Jay Blanton.

That time issue has to do with the fact that some students change their mind during the summer. After announcing a number of Resident Advisers would have to share their rooms with new students, UK had a meeting with the RAs.

"We talked to them. I think it was a very collaborative meeting. And ultimately, I think, arrived at a resolution that I think they understand and feel like they can work with us on," said Blanton.

The RAs said that they aren't sold, saying that the change in job description inhibits them from doing their job.

"We've provided some additional incentives. Which, some additional pay, free laundry service, and some special events throughout the year that we will work with," Blanton said.

While the incentives are helpful, RAs say that they don't change the issue.

Another concern that RAs have is the age gap and potential friction due to the RAs authority that living with a first-year student could bring.

Not all students will live in UK's residential halls. The over-flow will spill into converted multi-purpose rooms, an off-campus apartment complex called The Hub, and potentially into some Greek houses for second-year Greek students.

Blanton said that the ongoing issue will be resolved this week.

In addition, there are nearly 100 Bluegrass Community and Technical College students living in UK dorms and the contract with BCTC to house some of their students each year has no end date. Some have argued that those spaces were meant for UK students only.

There has been a petition started on Change.org titled "University of Kentucky RA's Demand Better for Their Residents." You can find the petition here.