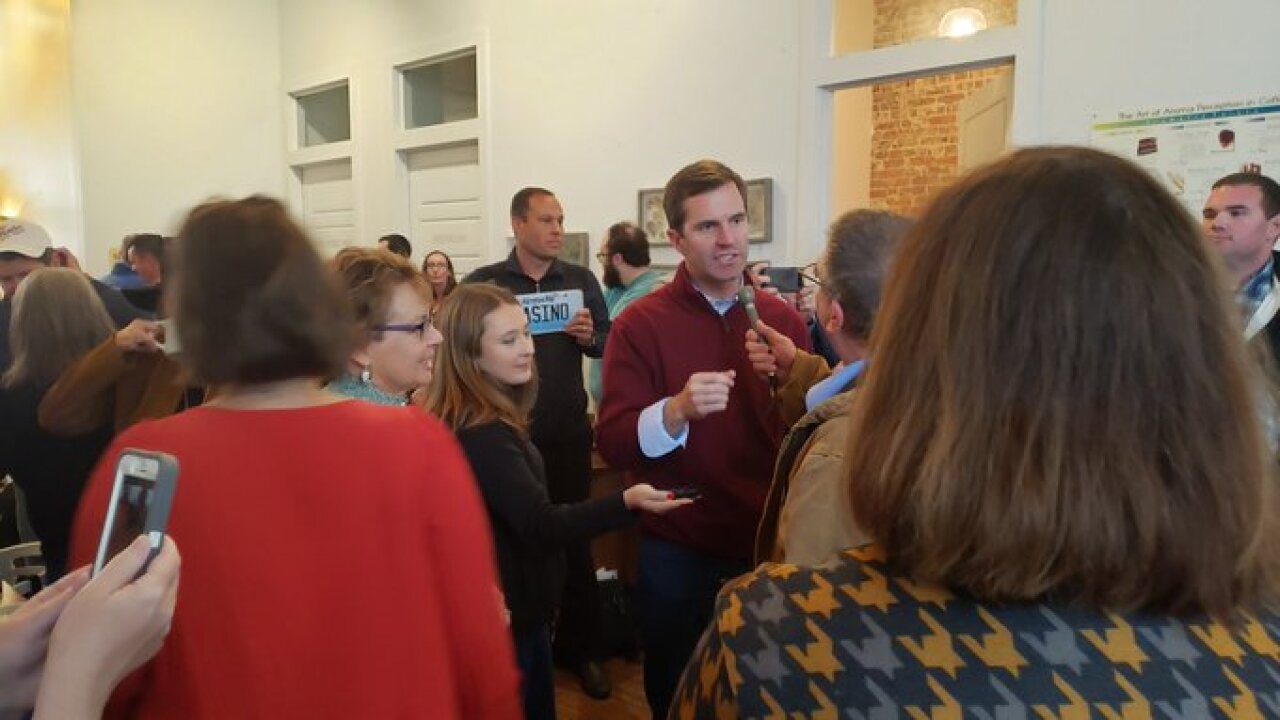 (LEX 18) — The Andy Beshear bus is rolling through Kentucky as the countdown to election day is at four days.

Today, he and other Democratic candidates toured northern Kentucky, before coming to their final stop in Lexington.

Since he announced his candidacy more than one year ago, Beshear's been on a mission to end Matt Bevin's time in the governor's mansion.

"I don't know if he'll drive, but he certainly won't take your state airplane," said Beshear.

The fired-up crowd in Maysville cheered on Beshear and his fellow Democratic candidates.

@LeaderAdkins is firing up the crowd.

A topic at tonight’s rally in support of the Democratic ticket is public education @LEX18News pic.twitter.com/5nslzgns2Q

"We are seeing a special energy all across Kentucky. People are fired up, and they are fired up for a new governor," said Beshear.

Beshear expects a higher turnout for the election than projected because he says too much is at stake.

He says Bevin has bullied enough, and ripped Kentuckians apart, and it's time for neighbors to come together and move the Bluegrass State forward.

"We've had enough of neighbors arguing with neighbors, of an 'us versus them.' I believe Kentuckians have more in common with each other. They can never pull us apart. So let's come back together. Let's move forward," said Beshear.

Earlier in the afternoon, the bus tour stopped in Newport and Covington, where the Fraternal Order of Police held a press conference.

The FOP endorsed Beshear for governor in September. The spokesman says the organization feels that Beshear has what it takes to take care of citizens, and those officers who protect the people of Kentucky.

Beshear's final stop was in Lexington at West Sixth Brewery.