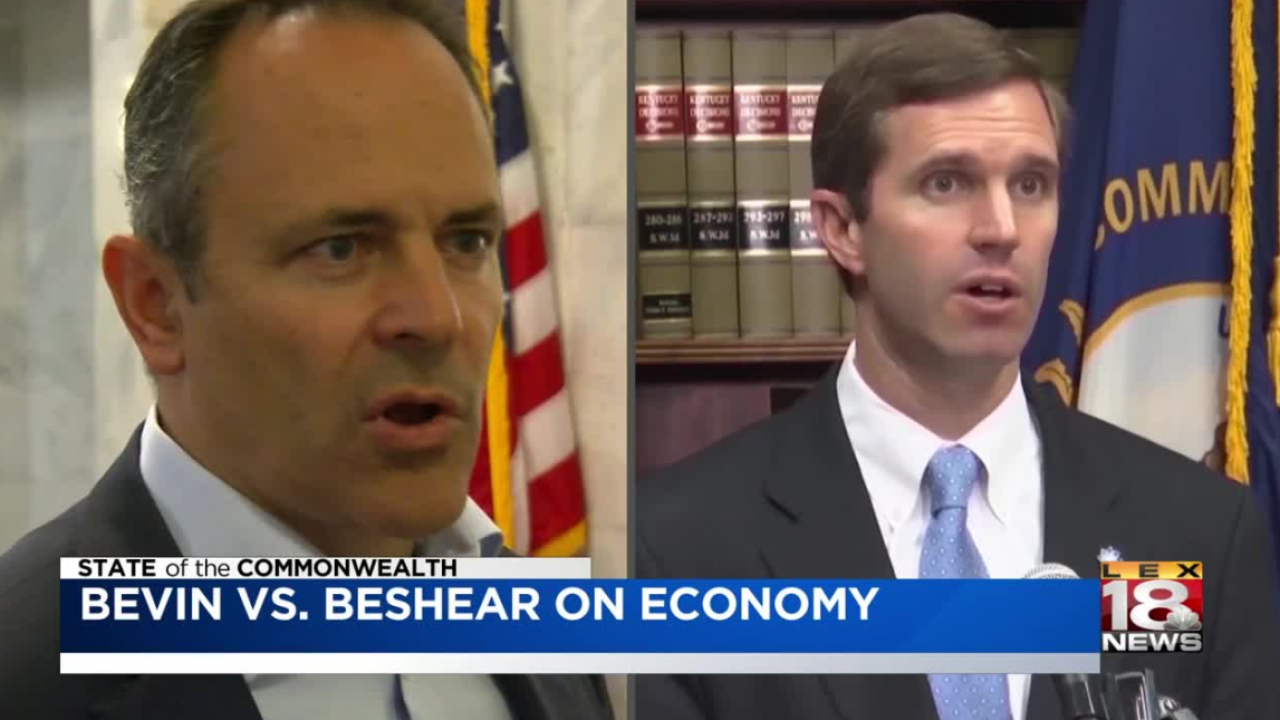 (LEX 18) — Both candidates for governor are making their final push before elections on Tuesday and making several stops across the Commonwealth.

LEX18 caught up with Attorney General Andy Beshear during his stop in Mount Sterling. He was joined by several other candidates running on the democratic ticket, including his running mate Jacqueline Coleman, attorney general candidate Greg Stumbo, secretary of state candidate Heather French Henry, as well as Congressman Rocky Atkins.

Beshear stressed to the crowd that a vote for him is a vote for change.

“Our people know that life is harder under Matt Bevin. We can’t survive another four years, and they are going to show up to make sure we don’t have to," Beshear said.

Bevin was also rallying across the Commonwealth and LEX 18 joined him during his final stop of the evening in Winchester. He spoke alongside his running mate Ralph Alvarado, attorney general candidate Daniel Cameron, secretary of state candidate Michael Adams, and several other local candidates.