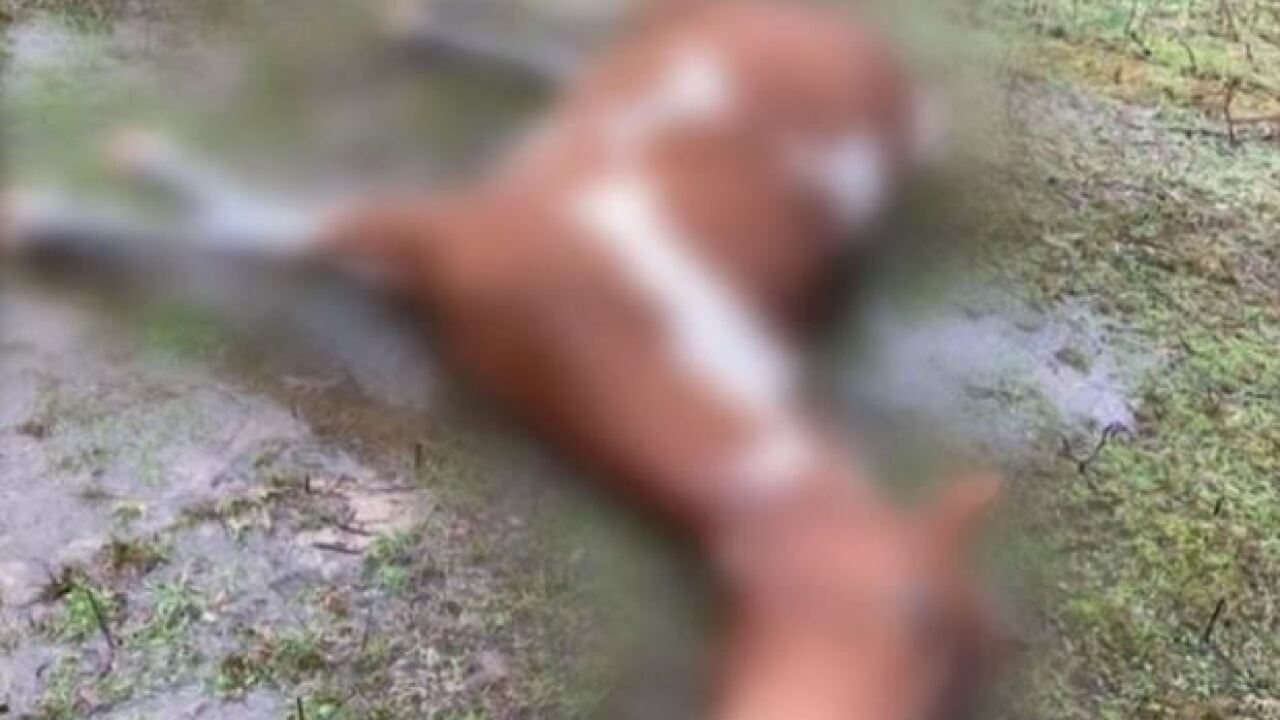 FLOYD COUNTY, Ky. (LEX 18) — WARNING: Some of the details and images in this story are disturbing.

A rescue group that's helping with the investigation of horse deaths in Floyd County says that 6 additional horses have been found dead.

The Dumas Rescue posted on their Facebook page on Sunday that a yearling was found dead with obvious signs of struggle marks, and a possibly pregnant mare.

According to their Facebook post this now brings the total of dead horses found in the area up to 20.

Dumas Rescue said in their post, "I cannot put into words how heartbroken and disgusted I am, knowing the person(s) responsible for this massacre still at large. I know these pictures are hard to look at, and even harder to stomach but this is reality. This is the truth. Please continue to share their story, we are their only voice. They deserve justice and someone out there knows who did this."

A $20,000 reward is being offered for any information that leads to the arrest of the person or persons responsible.

Kevin Shephard with the Floyd County Sheriff's Office previously told LEX 18 that a family found the dead horses near an abandoned strip mine in Floyd County. Several of the horses killed were pregnant and at least five belonged to the family that found them.

"Every time I spoke with them, they've cried. They're more than a pet to them you know, it's something they've raised. Every horse to the owners had names. I mean they can name off every horse in every photograph I've showed them," Shephard said.

The investigation into the horse deaths continues.