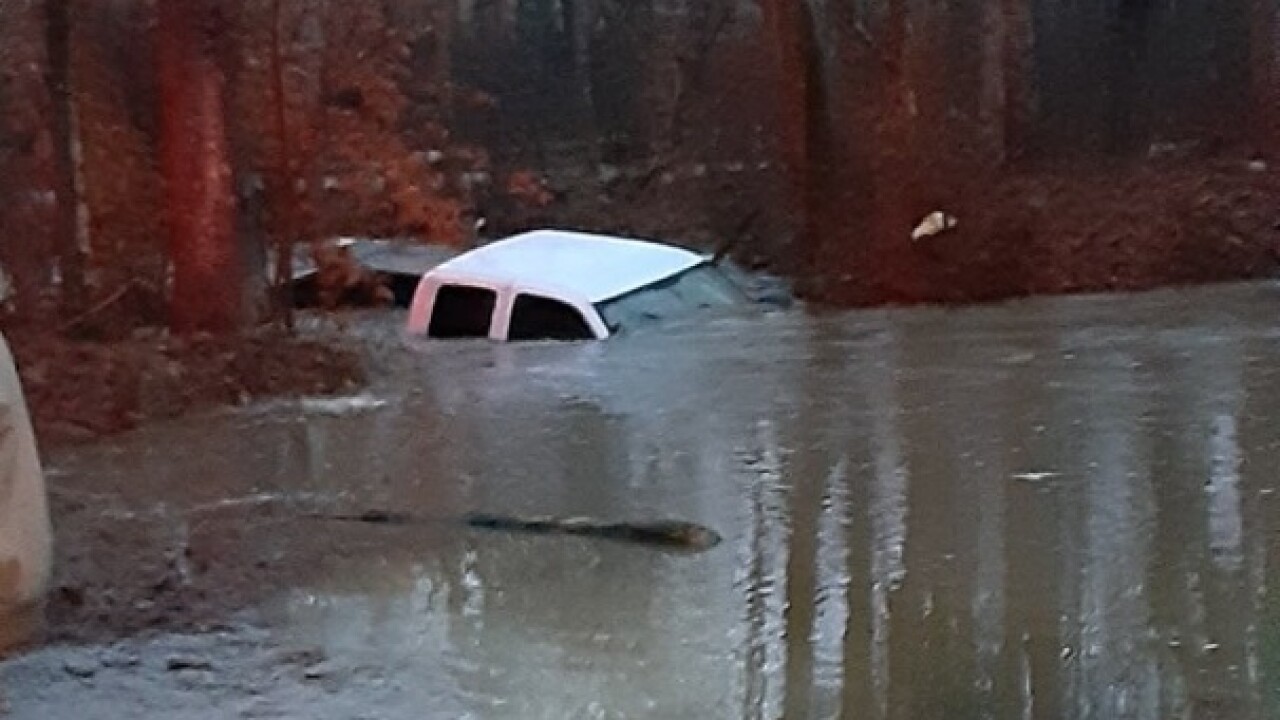 ROCKCASTLE COUNTY, Ky. (LEX 18) — Brodhead firefighters and other area rescue crews were able to bring two people to safety after their car was swept away by floodwaters.

It happened on Goldfinch Lane around 4:30 p.m. on Saturday.

Brodhead Assistant Fire Chief Brian Bullock told LEX 18 that the pair was driving down a flooded road next to a creek, when their car was swept away into the creek.

Bullock said one person inside the car was able to get out and make it to a small island . The other person was reportedly trapped inside the vehicle when firefighters arrived.

Rescue crews were able to get both of the people back to dry land safely.

Bullock said low lying areas in the county remain under water and fire crews want to remind drivers to never try and cross through floodwaters.