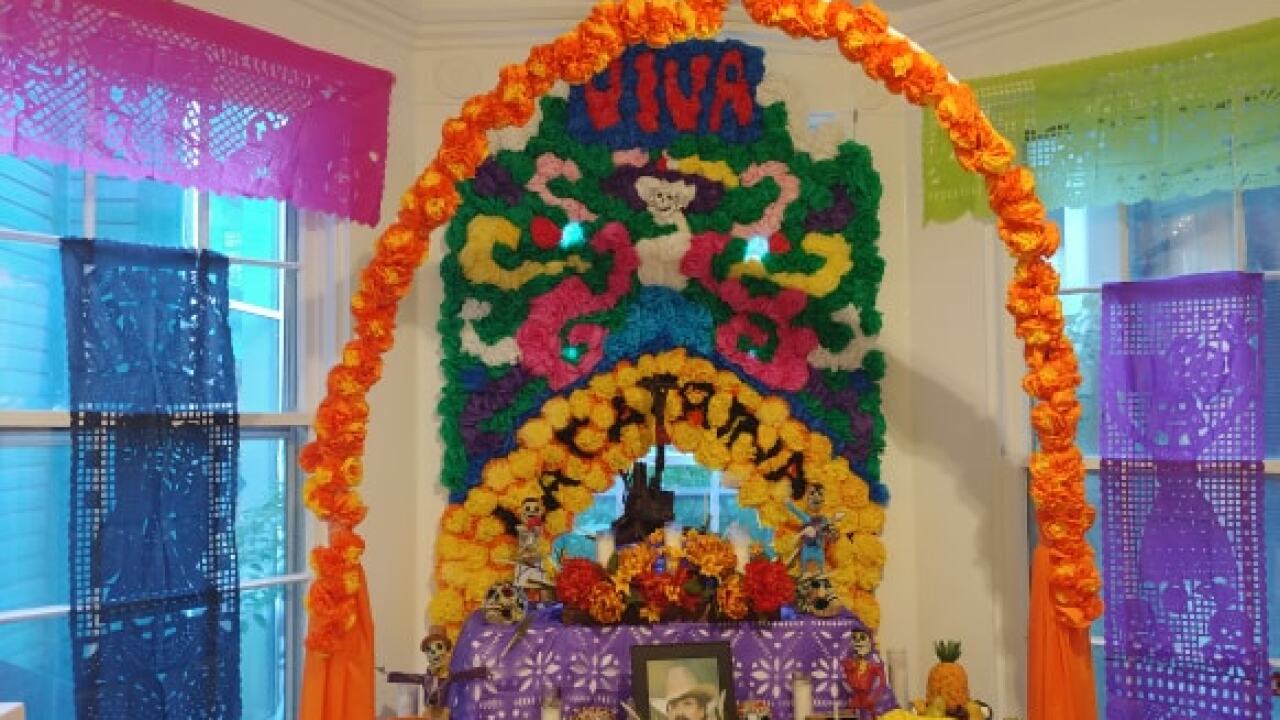 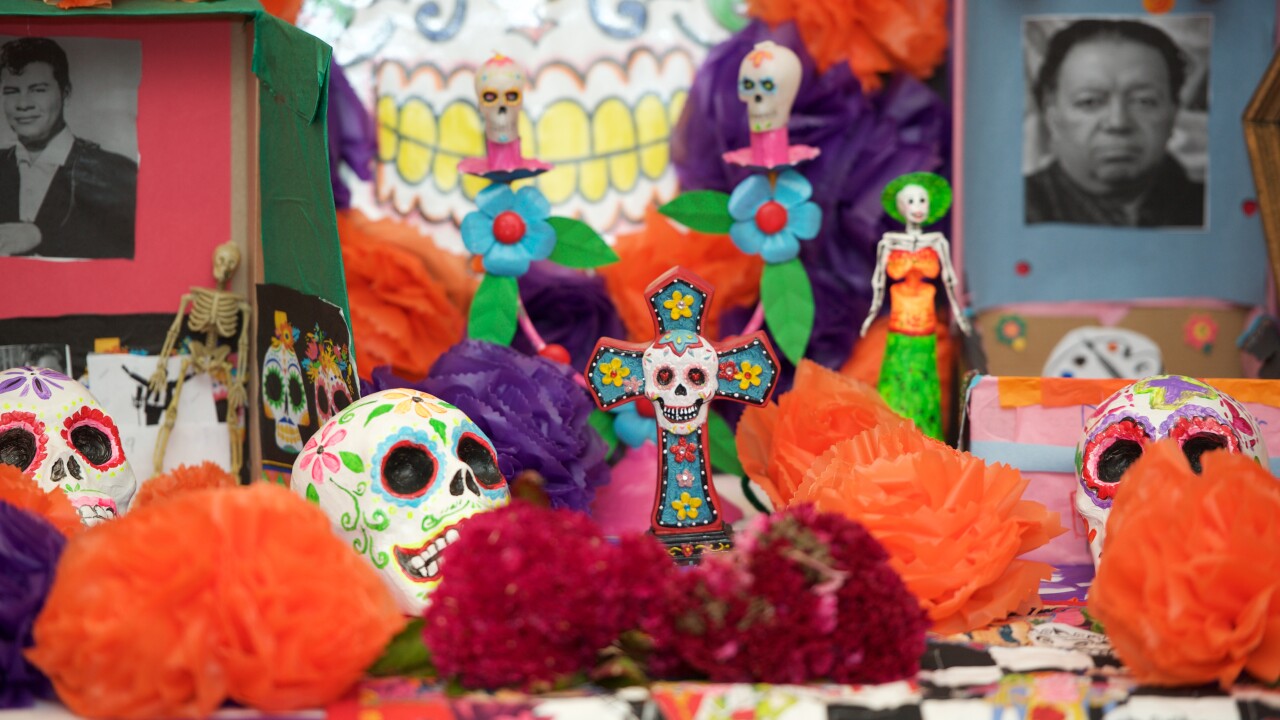 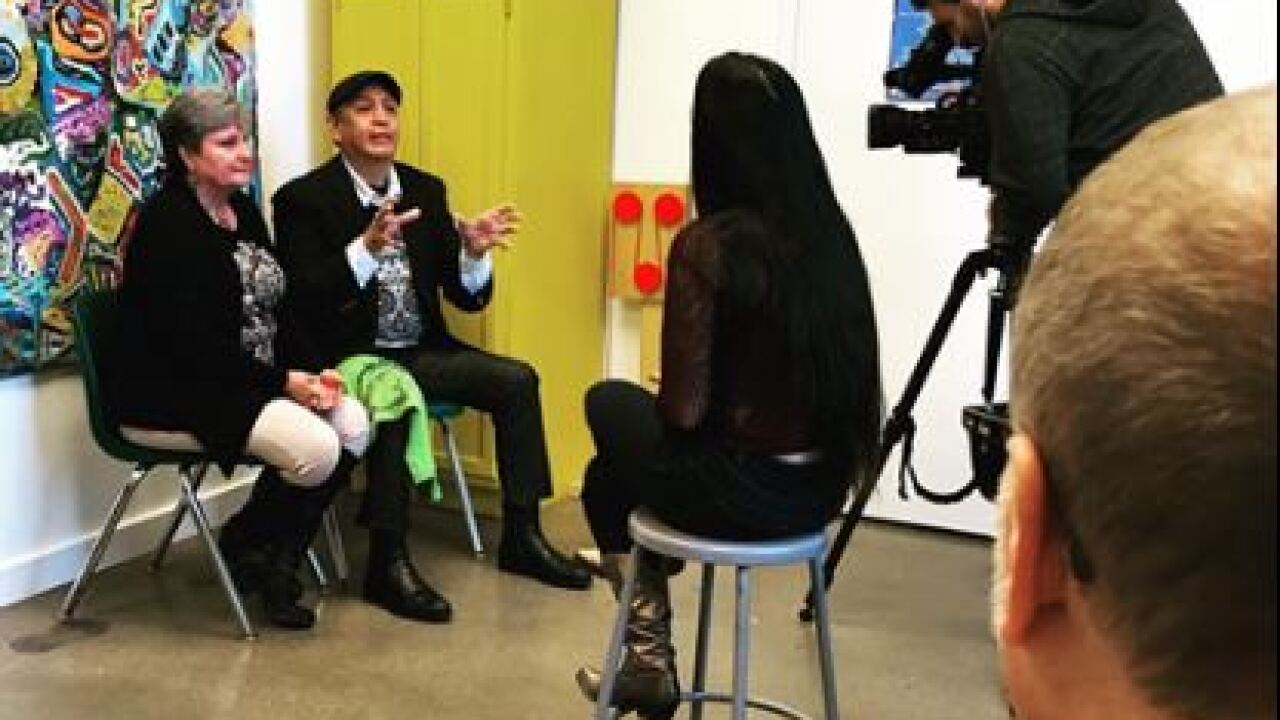 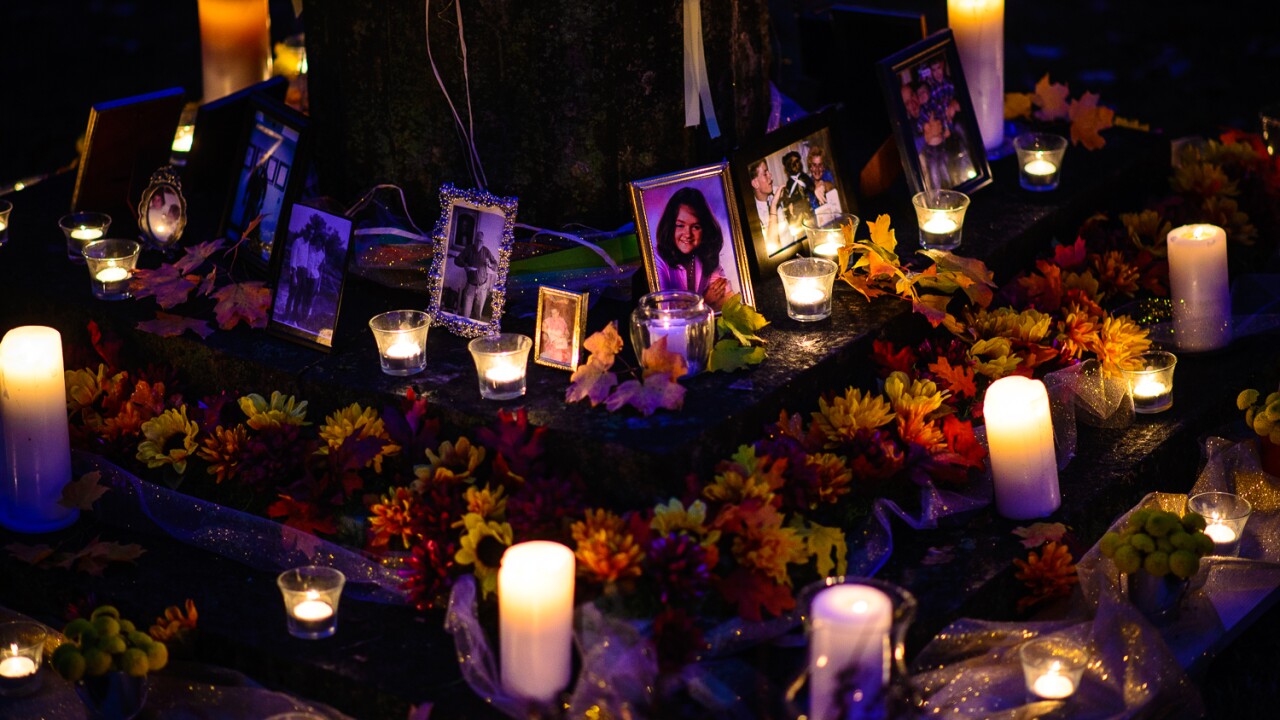 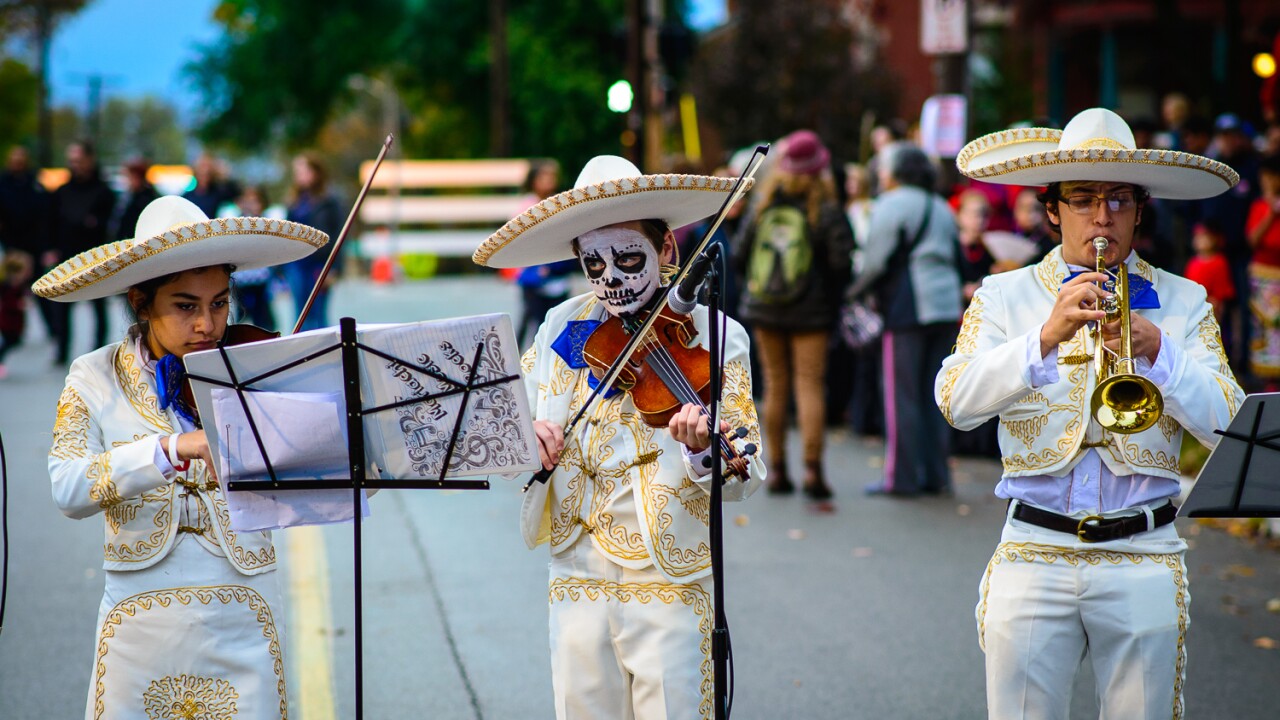 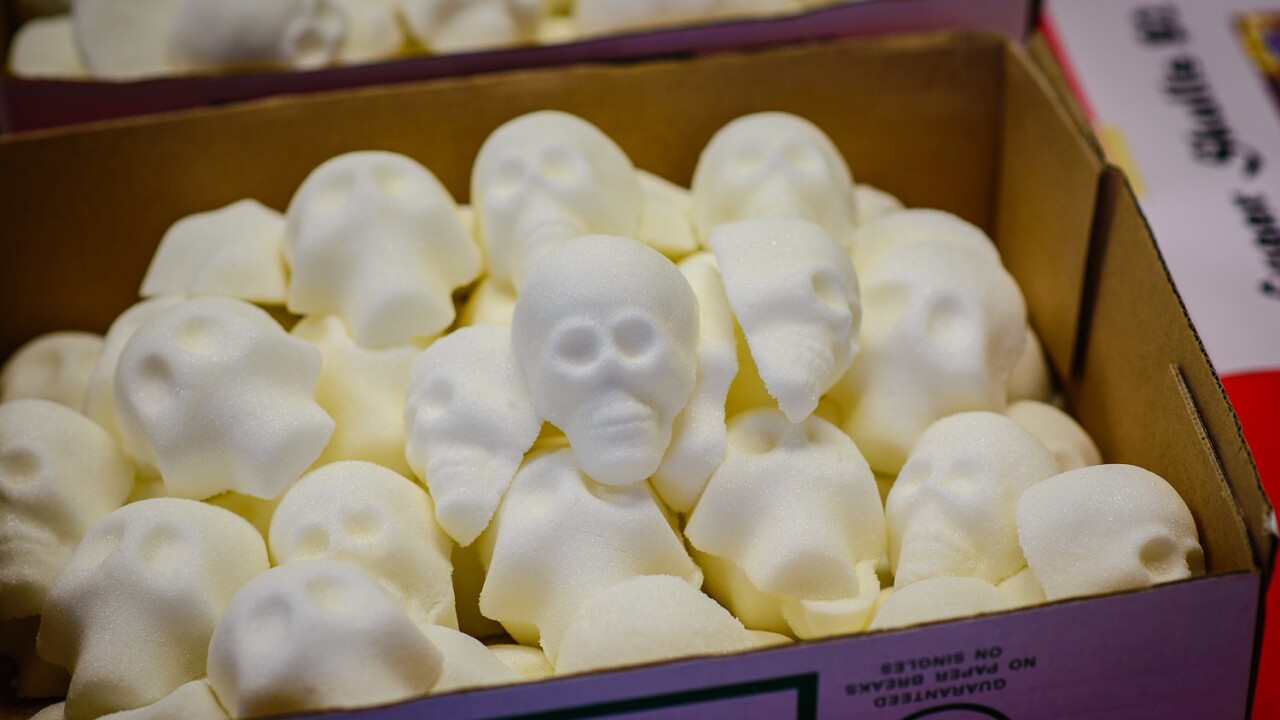 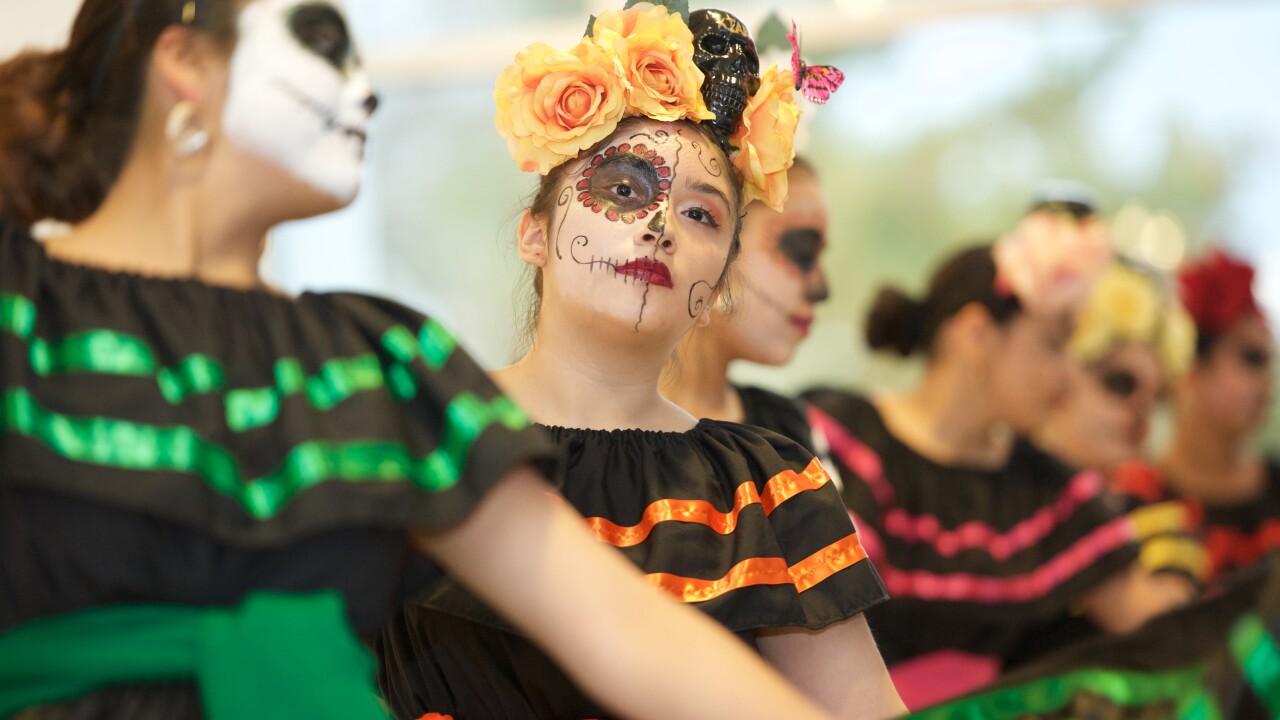 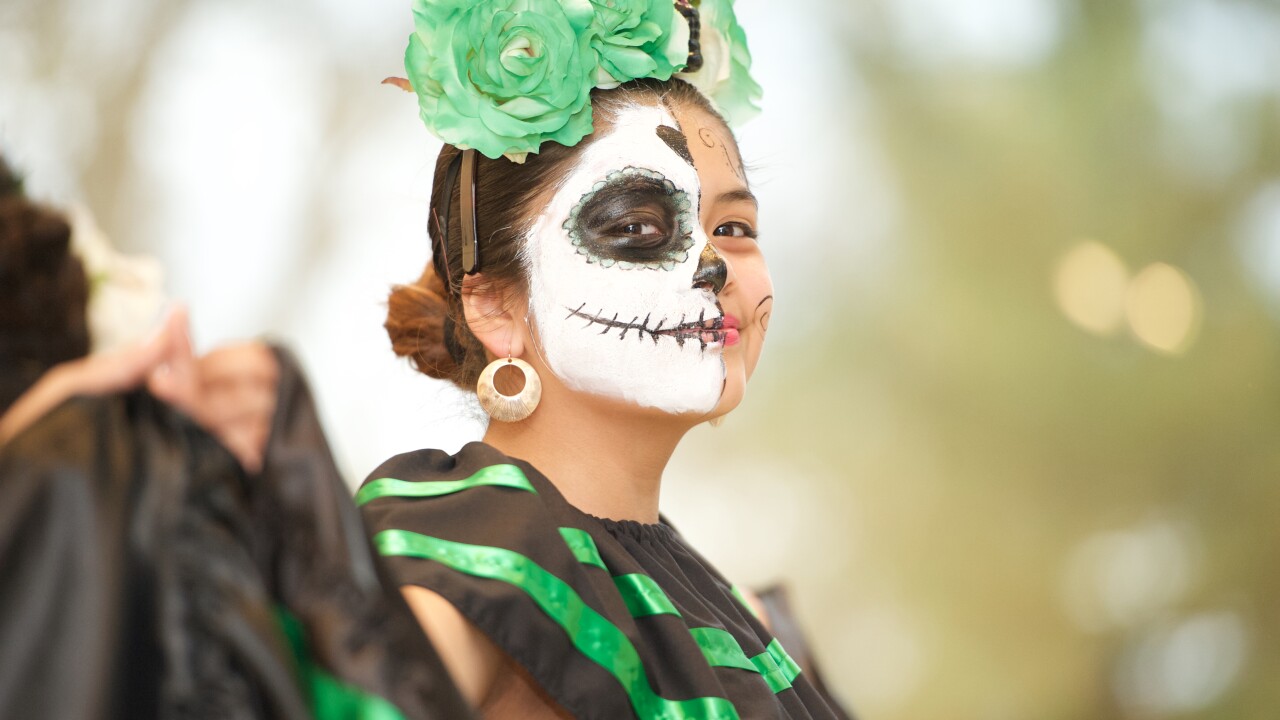 (LEX 18) — “The cemetery’s full of life,” Jacobo Aragon tells me. “You have music, food, dances, everybody’s happy. The mourning is over. This is a celebration of the person you love that has gone away.”

When Janice and Jacobo Aragon explain Dia de los Muertos, it’s impossible to not see their excitement. The holiday, also known as Day of the Dead, is something they described to me as a unifying event. The festivities not only bring together communities and Lexingtonians of different cultures, it is also a time that connects the living and the dead.

“It’s Mexican, but it’s for the world, it’s for everybody,” he explained.

To learn more about Lexington’s Dia de los Muertos festivities, I spoke with Janice and Jacobo, as well as Jeffrey Nichols and Kristin Voskuhl with the Living Arts and Science Center.

Jacobo is originally from Oaxaca, Mexico. He and his wife, Janice, build spectacularly detailed and beautiful ofrendas, or altars, every year. In 2000, the couple opened a store, Simply Oaxaca, where they sold crafts from Latin America. There, they were able to celebrate the Hispanic community daily, and they were approached about helping Lexington reach out to that community. Jacobo and Janice found that a great way to do so would be through the celebration of Dia de los Muertos. He believed that the holiday had a common denominator that could bring in folks from all communities: everyone has, or will have, someone in their life die.

“The Hispanic community, in particular, Mexico, makes a party, it is a fiesta,” he explained.

With the hope of bringing people together, the Aragons, along with artists Rob Morgan, Diane Kahlo, and Arturo Sandoval, held the first Day of the Dead celebration in 2002 at the Living Arts and Science Center. The festivities were held in one room, with four ofrendas set up. It was open to the public and around two hundred people attended.

That 2002 celebration planted the seeds for the Festival del Dia de los Muertos, which now has thousands in attendance. The festival is hosted by Lexington’s Living Arts and Science Center, a non-profit organization that makes arts, science, and cultural education accessible for people of all ages.

LASC Gallery Director Jeffery Nichols is proud to showcase the Latino Arts Blend exhibit available during the Day of the Dead celebration. While the festivities are not a part of his heritage, the purpose of the festival helps him work through an existential question on the minds of people from all backgrounds, what will happen when I die?

While the holiday honors the dead and honors ancestors, it also mocks death with symbols such as La Catrina, based on a print by Mexican illustrator José Guadalupe Posada. The print, La Calavera Catrina is the skeleton of a beautiful upper-class woman adorning a large hat with multiple flowers, showing that no matter our class or our wealth, we all end up dead, and in the end, we are all the same.

Another way this concept is conveyed is through calavera literarias. Calavera literarias are short poems like epitaphs of what the person was doing in life. Jacobo described them to me as being like the roasts you’ll see comedians do for people. They apply to people that are living and to the dead as well.

“We mock dead. Death is part of life, it’s a cycle. It’s a cycle, one does not exist without the other,” said Jacobo. “I grew up with all these skeletons, skulls, calaveras. It’s to make light. Not to be afraid of death, to accept that death, it is. It is not good, not bad, it just is.”

“The belief is, whatever you’re doing in this life, you do in the afterlife. So the skeletons are playful because you’re continuing on. It’s eternal life,” said Janice.

The festivities bring in so many people because death unites us, but Jacobo’s traditional take on death was not always met with excitement in central Kentucky as it is now.

Jacobo, who was teaching at The Lexington School at the time, explained that when he first came to Kentucky and began organizing the Dia de los Muertos celebrations, it was a bit difficult.

He said he did not know how to make Pan de muerto, or bread of the dead. Pan de muerto is a sweet bread traditionally ate for Dia de los Muertos. He said he went to local panaderías, but they did not have any Pan de muerto made, he had to special order it.

“I had phone calls that I was a devil worshipper, and ‘what are you doing here?’” Jacobo said. “But after I explained, like we’re doing right now, the attitude was completely different. Now it’s more acceptable. Now at your Kroger, there is a section for Day of the Dead and Halloween. Target! Day of the Dead, Halloween. That’s the difference, and it’s great!”

“Now, I feel like I don’t have to explain anything,” he said, and now, he said you can find Pan de muerto at your local panadería.

In this LEX 18 Digital video, Jacobo, Janice, and Jeffrey discuss the Aztec roots of Dia de los Muertos, the holiday’s traditions and meaning, how it is celebrated, and how people in Lexington can take part in the festivities.

We have also included a video on ofrendas, and what you can include if you would like to make an ofrenda, or altar, to honor your loved ones at home.

The Living Arts and Science Center Dia de los Muertos festival will be Friday, November 1 from 5-9 p.m. at the center. There will also be a candlelight parade and an exhibition of altars in the Old Episcopal Burying Ground.

Ofrenda- An altar set up during the Day of the Dead celebration. It typically contains photos of the deceased, as well as their favorite foods and drinks, and candles.

Marigolds- Reminiscent of the sun, their strong fragrance is used to attract the souls of the departed to return.

Candles- Candles are used to light the way for returning souls.

Calaveras literarias- Short poems, like epitaphs, of what the person was doing in life. They apply to people that are living and to the dead as well.

Dia de los Angelitos- Day of the little angels. November 1. This is the day to honor children who have died.

Papel Picado- Paper cuts, usually created with tissue paper, used to decorate public places and ofrendas and are symbolic of the fleeting quality of life.

Incense (copali)- The fragrance of incense is used to draw the spirits to return.

Food, Toys, Favorite Items- Placed at an ofrenda or altar to attract the souls of the departed.

Photographs- Ofrendas feature photographs of the loved one being honored. In urban areas, political heroes and other public figures may be included.

Big thanks to LEX 18 photographer Rudy Finamore and LEX 18 editor Harry Fogle for their work on this LEX 18 Digital project.