LEXINGTON, Ky. (LEX 18)– A ragtag team of Central Kentucky journalists are banding together again to play basketball and benefit a charity.

Local photographer Dave Redden started the team four years ago to raise money for Bryan Station High School after their softball concession stand burned down. After that, the members of Central Kentucky’s media scene were hooked.

Redden said that everyone asked if they could do it again, so each year since, they play a handful of games during the winter, each time, facing off against a different school.

The charity games have brought some famous faces to the court, like Steve Zahn and former wildcat Rex Chapman and Jim Master.

Each game benefits a different charity.

This season, they kick off against Bourbon County High School to support the Paris Kiwanis Club.

“Ultimately, in the end, it’s the charity that gets the biggest win, you know because that’s what it’s all being done for,” Farmer said.

The game is Sunday at Bourbon County High School. It costs $5 to get in and all proceeds go to the Paris Kiwanis Club. The game starts at 1:30 p.m. 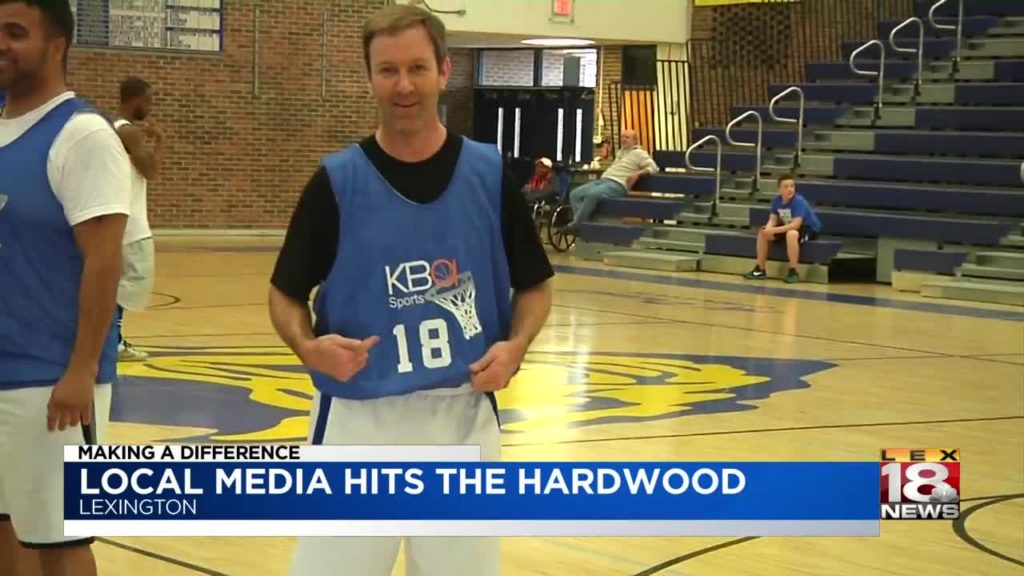