MERCER COUNTY, Ky. (LEX 18)– After spending a life caring for people through his career as a social worker, a Mercer County man is turning his attention to animals.

Sal Paradise comes to the Mercer County Animal Shelter with treats in his pocket and a themed hat to walk the dogs. 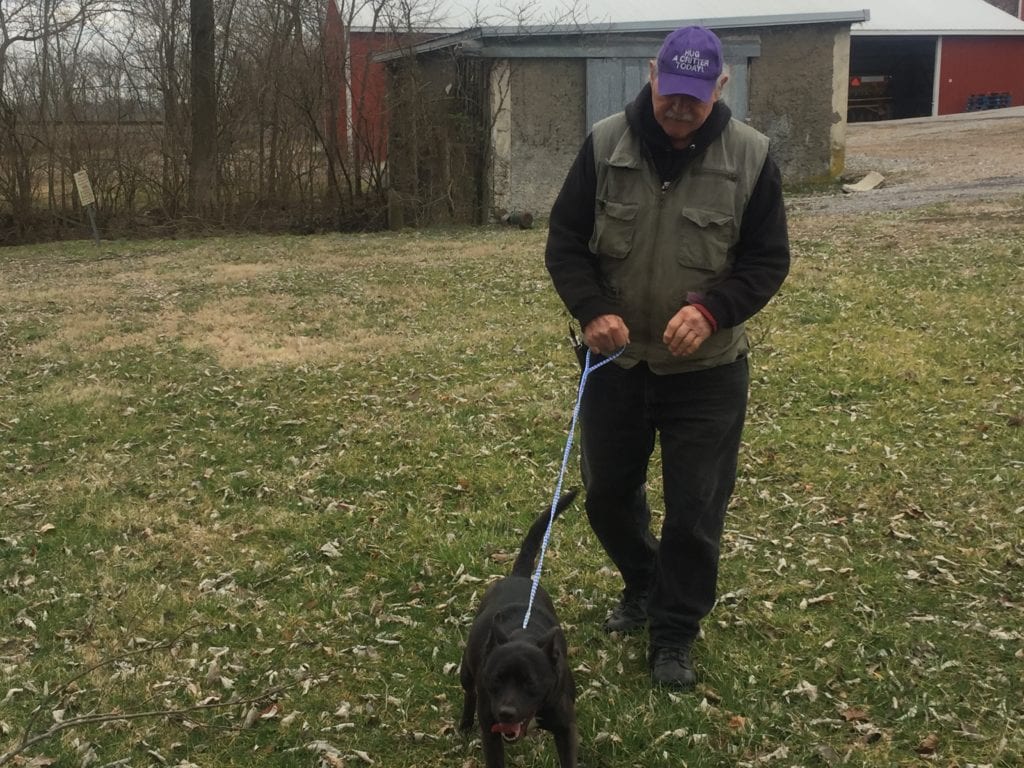 “Of course I’ve got this hat, I’ve got another hat, and I’ve got a shirt that says, I’m the human the dogs walk,'” he said.

He visits the shelter four days a week for two hours at a time to give some TLC to the dogs who call those kennels their temporary home.

“I think it’s about love, I mean we all want love,” he said.

Paradise started doing this about a year and a half ago, after spending time in Florida caring for a family member and retiring from a career in social work. He came back to Kentucky on a mission.

“It’s just me and the dog, God’s creation, it’s a good time to pray, meditate. I talk to the dogs, I ask them their story,” he said.

The shelter tells LEX 18 that what Paradise does as a volunteer is invaluable. Because of him, the dogs get exercised, socialized, and they get used to being on a leash.

Paradise is hopeful that his walks will help improve the dogs’ chance of adoption, and he says that his goal is simply to leave the world a little better than he found it.

The dog featured in the video is Storm, the shelter said she is a five-year-old pit-terrier mix. Storm is available for adoption at the Mercer County Animal Shelter, along with 11 other dogs and 14 cats.