Making A Difference: Roastery Offers Big Blue Fuel That Gives Back To The Community

LEXINGTON, Ky. (LEX 18)– The cats have a late tip-off on Friday and if you’re looking for an extra boost to keep you awake, a local roastery is offering a coffee that shows your pride for the Cats and that gives back to the community.

When you walk into their facility on Chair Avenue in Lexington, you can tell that Nate’s Coffee Roastery supports the Cats. Their roaster is nicknamed Big Blue and they even have a cardboard cutout of Coach Cal himself.

The Lexington based company roasts a variety of coffees, but there’s one that’s a little different than the others, the Blue and White Charity Blend.

“It does have Ethiopian Sidamo in it, as well as organically sourced Mexico, so it is a higher priced coffee but with the higher price he wanted there to be something to give back to the community,” said Bean Maven and Vice President of Nate’s Coffee, Trish Murphy.

One dollar of every pound of the Blue and White Charity Blend foes directly to a different charity, and in March, they’re supporting the Kentucky Refugee Ministry.

During this March Madness, you can brew up a special charity blend and you can have the fuel to stay up and cheer the Cats on to victory tomorrow night.

“The game is so late! It’s incredibly late, and so you’re definitely gonna want to brew some coffee before the game, maybe brew it around five or six to push you through to game time,” said Murphy.

The Blue and White Charity Blend can be purchased at North Lime Coffee and Donuts in Lexington or Country Boy Brewing in Georgetown.

You can also buy the coffee here. 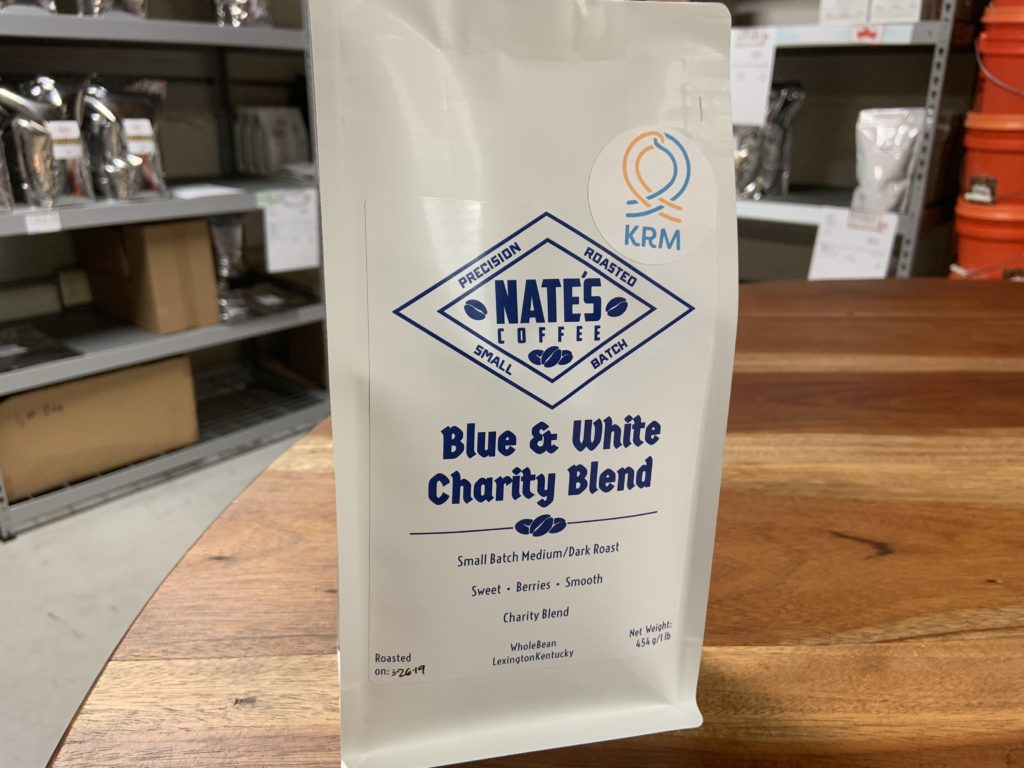