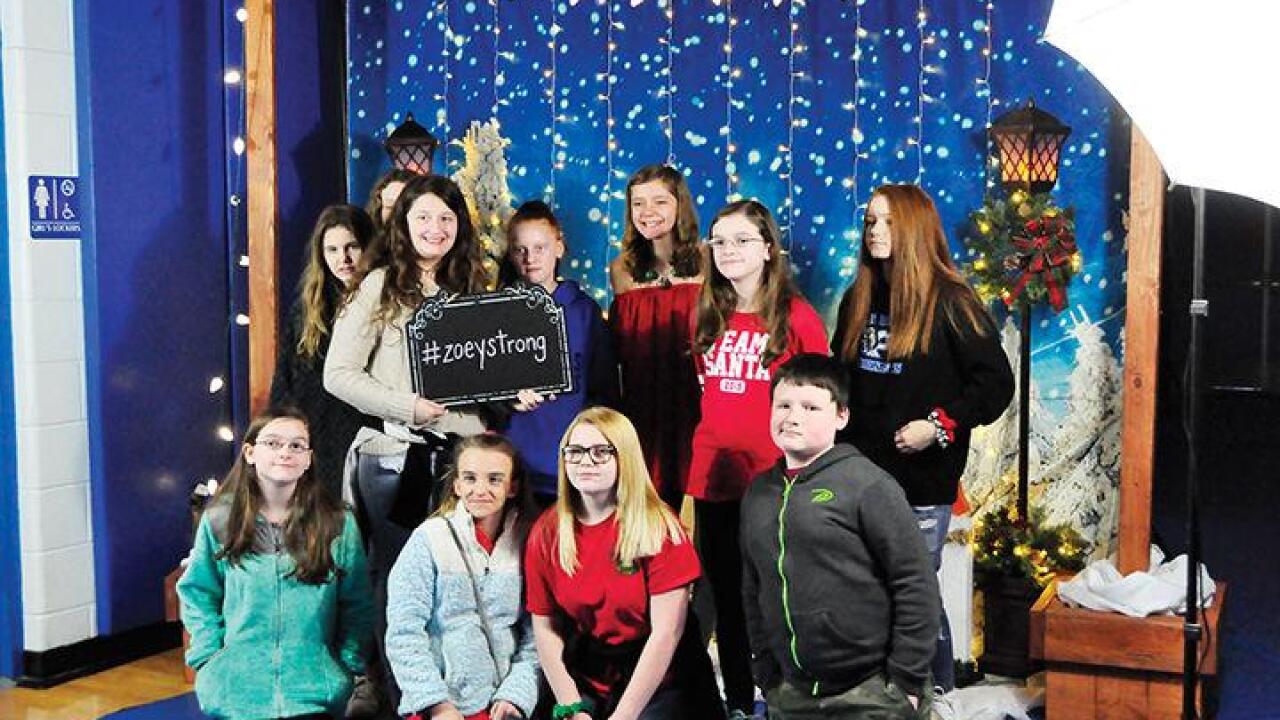 PHELPS, Ky. (LEX 18) — A Pike County elementary school rallied in support of one of their own this holiday season.

According to the Appalachian News-Express, Phelps Elementary students held a holiday concert and used the event to help a third-grader at the school.

Zoey Gearles was diagnosed with a serious condition called osteomyelitis, which is caused by a bone or joint infection. The very painful ailment has kept her out of school a lot and has frequently put her at the doctor's office.

The school held a Christmas concert called "Light up Christmas for Zoey." Students collected money for Zoey and her family.

The show featured performances by nearly 100 students from the Phelps Elementary Children’s Choir with colorful lights and glow sticks. Before and after the event, attendees and students could take photos with a board reading “#ZoeyStrong,” showing their support for her.

Zoey was out of school that day, but the school broadcast the concert via their Facebook page.

Zoey has received a good diagnosis from physicians. It appears her bones are currently healing. Family friends told the newspaper that it was a true Christmas miracle.