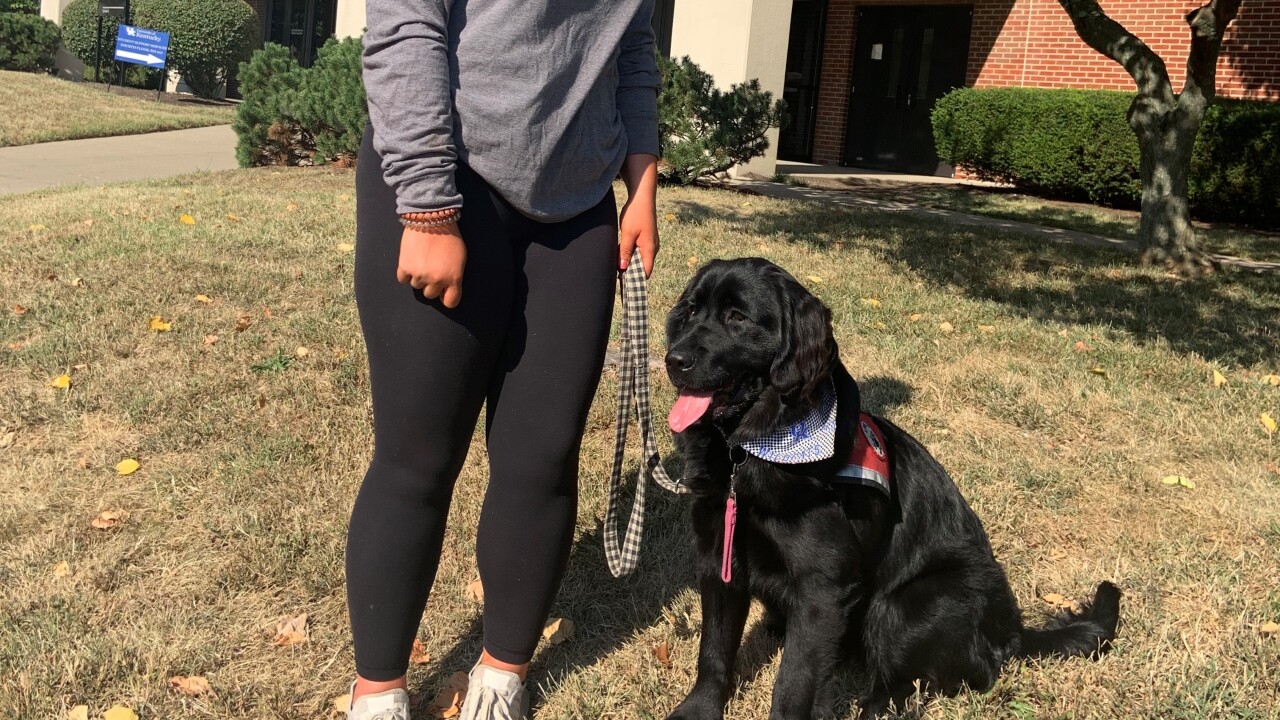 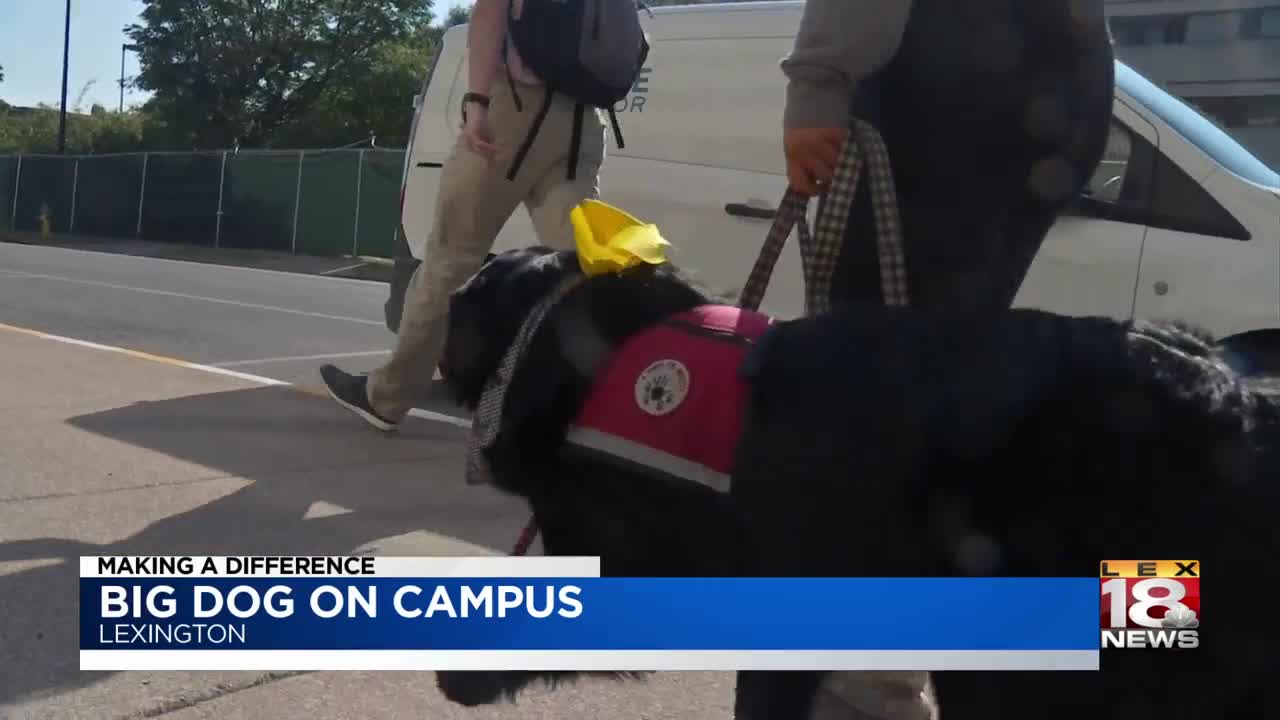 LEXINGTON, Ky (LEX18) - As most college kids work to balance a new found sense of freedom with their class load, others on the campus of the University of Kentucky are taking on the responsibility of a whole other life. About 60 kids on campus are puppy handlers for UK's chapter of 4 Paws For Ability.

Whether it is in between classes or out running errands, eight-month-old Beatrix is by Emma Logsdon's side 24/7.

"We take them to class, to the library, to Kroger, " explained Emma Logsdon, Vice President of UK's 4 Paws For Ability Chapter.

The Newfoundland Retriever is not her pet. Beatrix is a service dog in training.

"Our main focus is to socialize these dogs to the best of our ability to get them used to all sorts of environments, " Logsdon said.

Beatrix is Logsdon's fifth puppy she has helped train through 4 Paws. The Xenia, Ohio, based program's mission is to place quality service dogs with children and veterans with disabilities.

Dogs like Beatrix start out at a puppy enrichment program in Ohio, then go to a prison where inmates teach them basic obedience, and then the next step is on to college to get socialized. Logsdon got involved in the program after her family dog passed away, and since then she has found so much more than companionship. She started out as a puppy sitter on campus and then applied to be a handler. Once a month she and Beatrix attend an obedience class together.

"I would do this every single day for the rest of my life if I could, " Logsdon explained.

The bond between handler and puppy is undeniable. Logsdon admits it is bittersweet when it comes time for her to part with her puppy, but she says knowing the dog's ultimate purpose makes it all worthwhile.

"It's the most rewarding thing, but it also crushes your heart. Whenever you finally get to see your dog with their kid and ending up exactly where they need to be it makes it all worth it, " Logsdon said.

Beatrix will be evaluated once she turns a year old to decide if she goes on to become a service dog or what they call a "fabulous flunky" and gets adopted out. Two of Logsdon's previous dogs have been placed as working service dogs.

To learn more about UK's chapter head to: https://www.facebook.com/4PawsatUK/

To learn more about 4 Paws For Ability head to: https://4pawsforability.org/