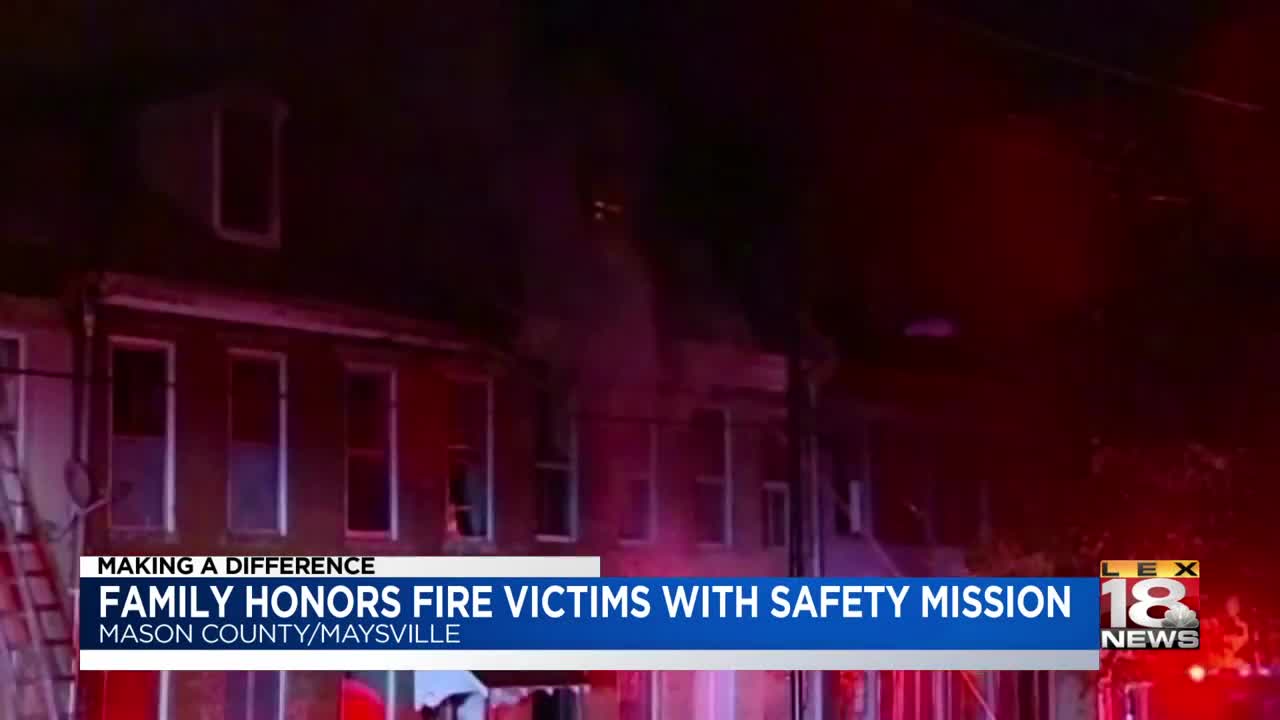 MASON COUNTY, Ky. (LEX 18) — Four years after a fire killed a mother and three of her children, one Maysville family is making it their mission to prevent similar tragedies from happening.

Crews struggled to fight a fire at a 175-year-old apartment complex during the early morning hours of October 20, 2015. Witnesses say that 35-year-old Lori Doppleheur had gotten out of the home, but rushed back inside to save her three young sons, Christopher, Eagen, and Kieran. All four died, as well as a neighbor, Larry Brickels.

Andrew Wood, a local attorney and Maysville City Commissioner, was one of the onlookers that day. He said that there were apparently no working smoke detectors in the Doppleheur home. In the wake of the fire, an organization began dropping off smoke detectors at the Maysville Fire Department, but recently, the organization turned its focus to opioid death prevention. Andrew said his children were required to engage in charitable work through their schools, so he came up with an idea.

Andrew and his kids decided to start installing smoke detectors in homes that were not protected.

"We had a tragedy, there was this need, there's still an apparent need," Andrew said to LEX 18's Mike Valente. "Let's show them we can come together and solve this problem and maybe be a model for the rest of the world."

When he started the project this past summer, 16-year-old Drew Wood was shocked to learn that 25 percent of homes in the county had no smoke detectors inside.

"People would forget about their smoke detectors, they'd take their battery out and wouldn't replace it," Drew said. "It makes me think of that fire."

The memory of the fire gives the family a sense of urgency. Their goal is to raise more than $264,000, which would help them install tens of thousands of smoke detectors.