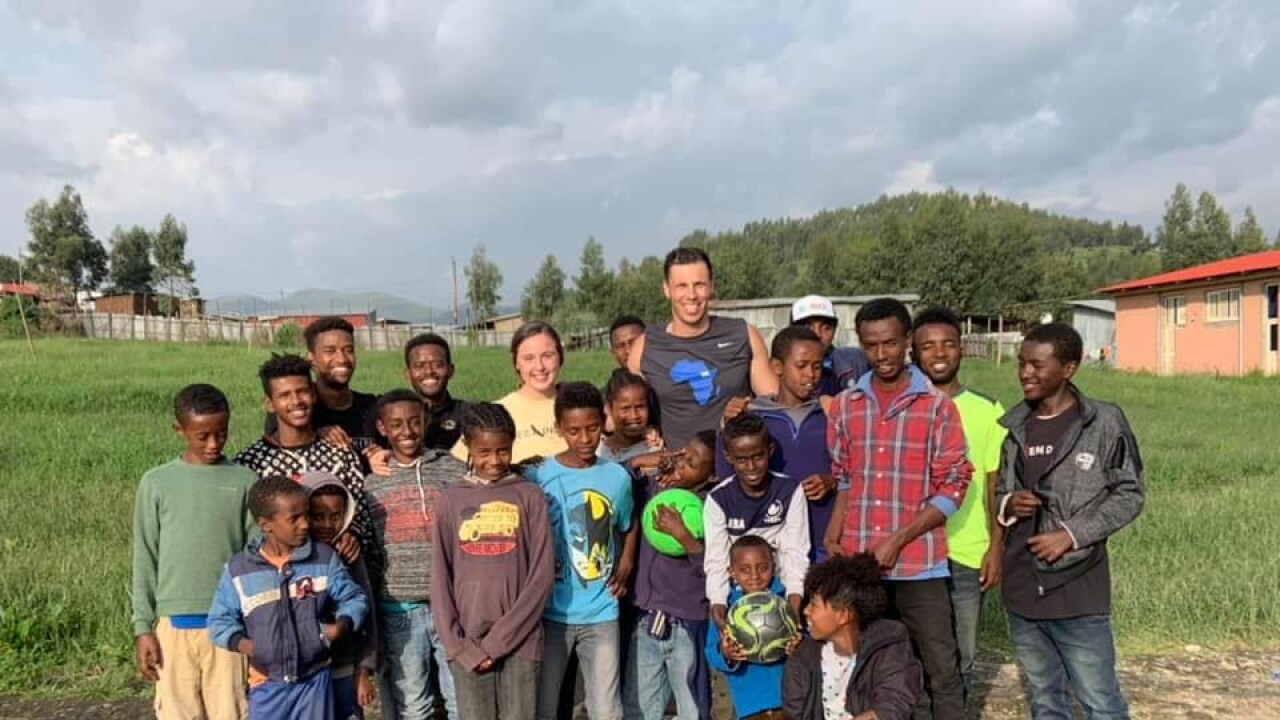 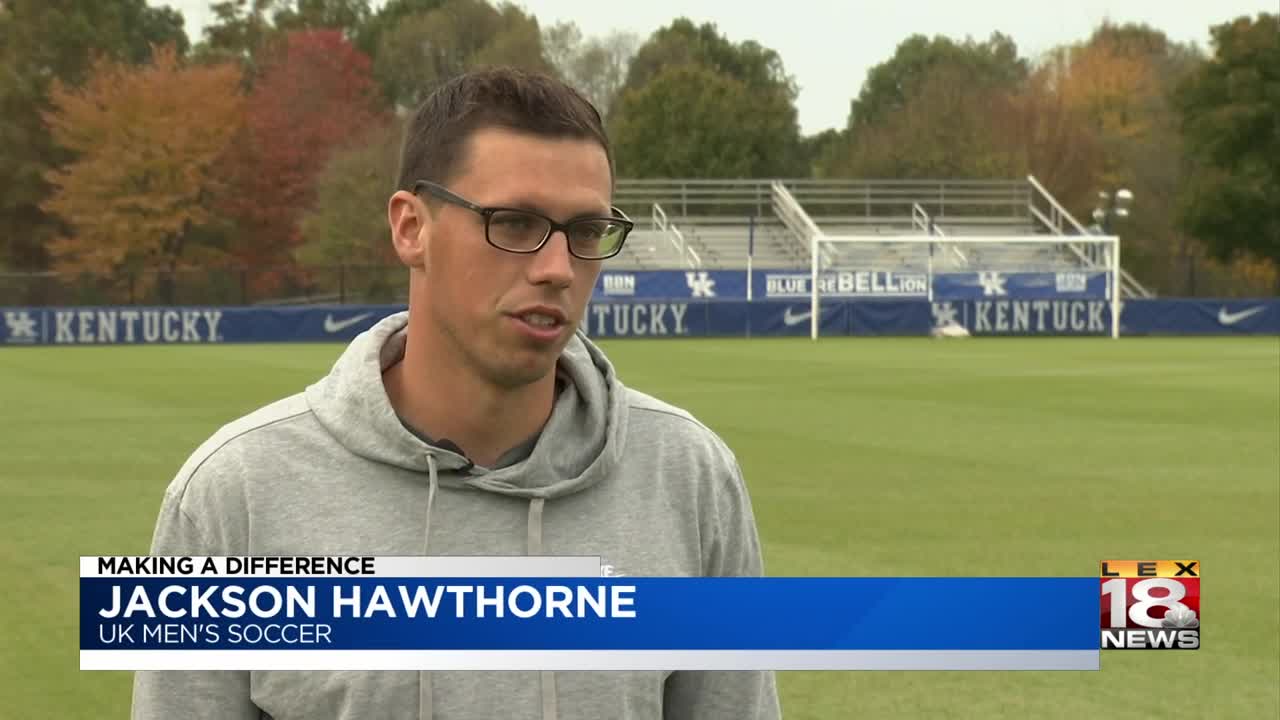 LEXINGTON, Ky. (LEX 18) — After a life-changing trip to Ethiopia, a member of the UK men's soccer team is on a mission. Goalkeeper Jackson Hawthorne is collecting as many sports supplies as he can to donate to children in that country, to help them have the kinds of opportunities he did as a child.

Each time Hawthorne walks into the locker room he passes by the words "get better every day," and it is safe to say the senior goalkeeper has taken that to heart.

After excelling on the soccer field, the Raleigh, North Carolina, native is now adding helping others to the mix.

"We're so blessed. There are so many things that we have and we take for granted," said Hawthorne.

Over the summer he got the opportunity to travel to Ethiopia with some other UK athletes, and his eyes were opened.

"The experience changed my life," Hawthorne said. I saw true poverty over there, and I wanted to make a difference in lives over there,."

While there, Hawthorne said he saw the joy the children had playing the game he knows so well, but he was also confronted by the basic things they do without.

"They were playing in bare feet, no equipment at all, their soccer ball was probably seven to eight years old, barely held together," he said.

Once back in Kentucky, he was left with a lasting desire to do more, so between practices games he is collecting sports equipment. He is asking for clothes, supplies and equipment of all kinds to deliver to the very children who changed his life, with the hopes of changing theirs.

"Just giving people the proper clothing to have can change their whole entire mindset... whole entire lives, so that's just what I'm trying to do. Just change the world for just a few people," Hawthorne said.

Hawthorne is collecting clothing and equipment for sports of any kind - new or gently used.Donations can be dropped off at the marketing tent at UK men's or women's soccer home games at The Bell soccer complex.

Donations can also be mailed to The Bell at the address below: