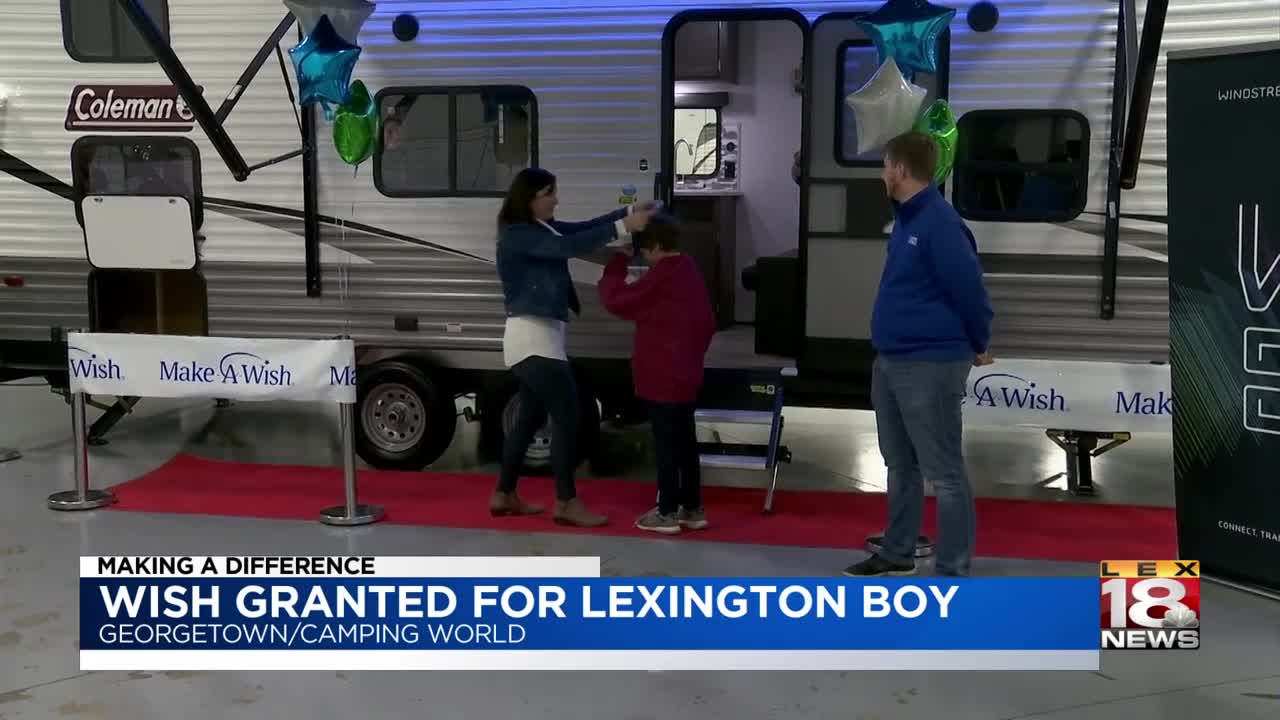 GEORGETOWN, Ky. (LEX 18) — The Make-A-Wish Foundation stepped up with a big surprise for a boy battling cancer.

Will Housman was treated in 2017 for a rare brain tumor. It didn't quash his love for camping and spending time with his family. So, the Make-A-Wish Foundation made his dreams come true at Camping World in Georgetown by giving his family their own camper.

Will's father took him to Camping World under the guise of picking up a part for his Grandpa's camper. When he arrived, he saw a room full of cameras pointed at him and thought that they must be for someone else.

"It was pretty amazing how it happened, it was perfect!" Will exclaimed to LEX 18.

Will's dad, Hunter Housman, says this was a tough secret to keep from his son, but it was well worth it.

Will, who lives in Lexington, was treated at St. Jude Hospital in 2017 for a rare brain tumor. He says he's doing well, but it's something he'll have to keep a close eye on his whole life.

Campers are something Will knows a lot about, so when Make-A-Wish approached the Housman family, it was the first thing to come to mind.

"We used to camp a fair amount and then life got a little more complicated, so trying to find opportunities for all of us to draw in a little bit instead of being scattered across the house or town, whatever the case may be," explained Hunter Housman. "So, I look forward very much to sitting around that table in there and playing cards or sitting around the camp fire."

Will says he plans to go on a camping trip with his family very soon.