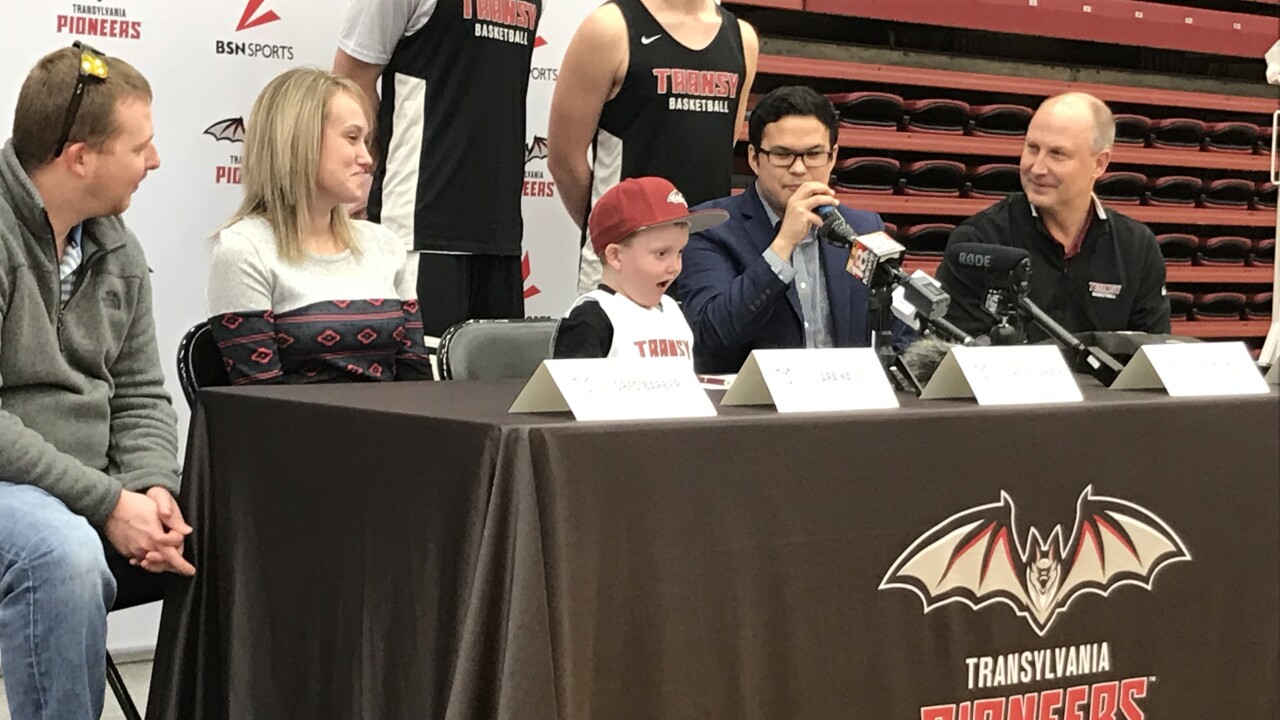 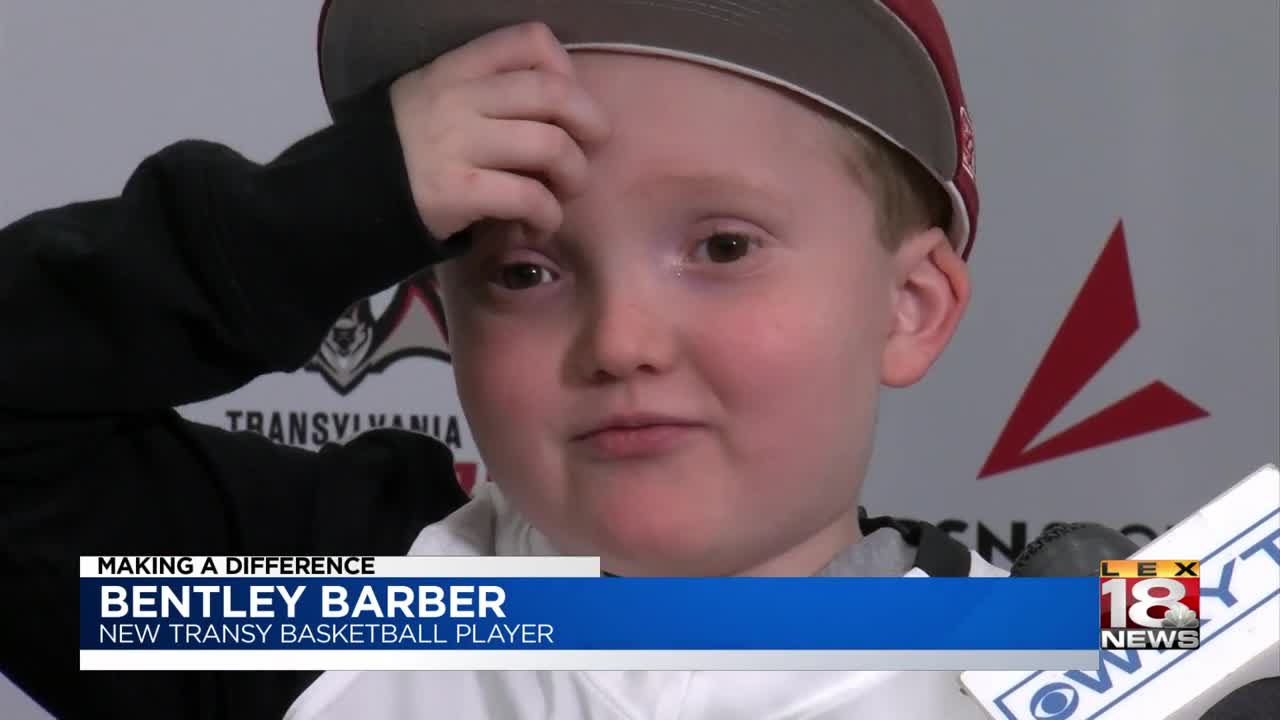 The team welcomed 7-year-old Bentley Barber with an honorary draft and press conference on Monday, where Bentley received his own jersey and locker.

"He's gonna come in with a lot of energy a lot of excitement," Coach Brian Lane said. "He's gonna hold our guys to a higher standard."

Bentley has cystic fibrosis and was partnered with the team through the organization, Team Impact, that aims to connect children with chronic illnesses to teams to build a strong connection.

"It's hard not to even tear up talking about just because for him it's made a huge difference and it's all he talks about everyday, all day," Bentley's dad Greg Barber said.

The team welcomed Bentley with open arms and made his dream to dunk a basketball come true.

"I'm too young so I'm just gonna have ten boys lift me up and I'm gonna jump through the hoop," Bentley said.

Fortunately, it only took one player to help Bentley dunk.