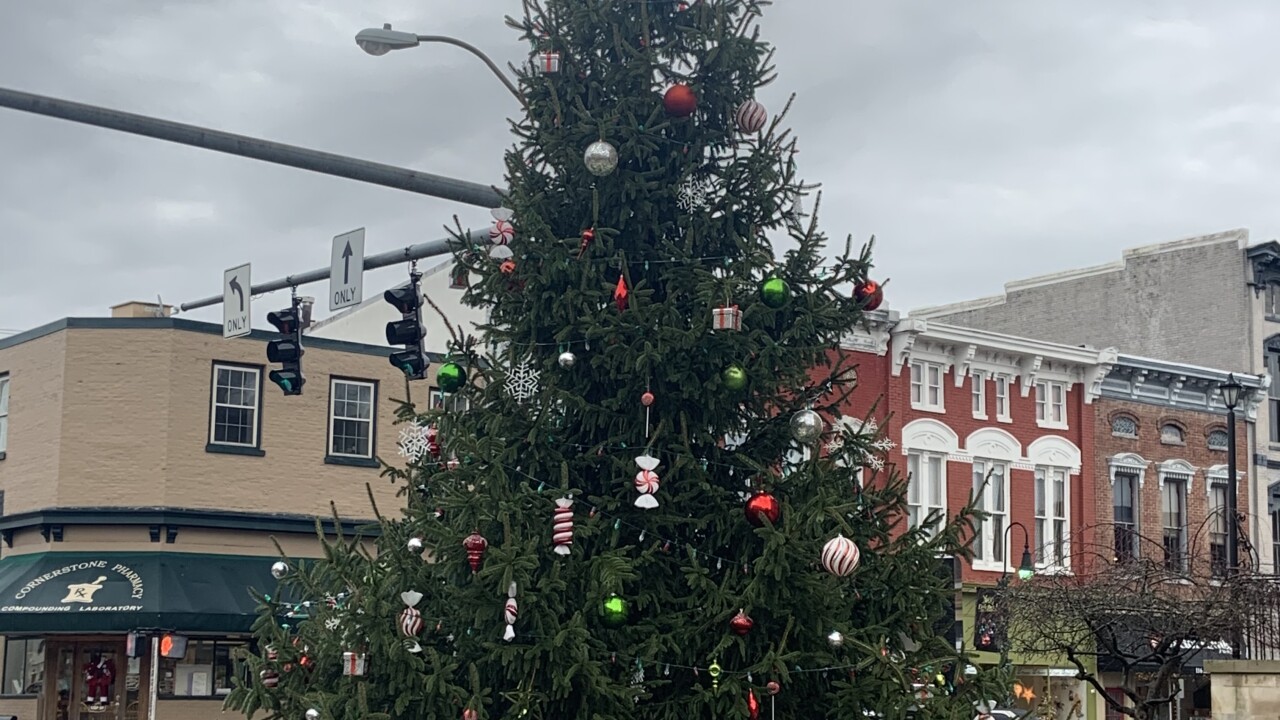 WOODFORD COUNTY, Ky (LEX 18) - When most people drive by the Christmas tree in downtown Versailles, all they see is a symbol of the holidays, but for Shirley Shuck, she sees her son Jeff.

Jeff Shuck died of a sudden heart attack ten years ago at the age of 42. His baby sister Julie said there has been a void ever since.

"Losing him so soon... you never expect that at 42 years young that someone is going to pass unexpectedly, " said Jeff's sister, Julie Henehan.

After his death, the family planted two evergreen trees in the front yard in his honor, never knowing what they would eventually become.

"I wasn't thinking... trees grow, and we couldn't reach the tops any more, " Shirley Shuck said.

The trees are now well over 20 feet tall, so when they found out the city of Versailles was in need of a Christmas tree it just felt like fate.

"Jeff was a Christmas Eve baby, so it's perfect for us, " Henehan said.

Shuck said, "I thought Jeff would be so happy to know his tree stood down here among the people of Woodford County because this is where he's from."

The story of the tree has started to spread around town, and the family is delighted that ten years later Jeff is still being remembered.

"I'm getting responses on Facebook about how when they drive by they will think of Jeff, and these are people who never knew him... yet now his memory is alive in so many people, " said Henehan.

The family said they are honored to share this special gift with the city, and they know it is one that Jeff would love.

"Come get pictures with it, and remember Jeff when they do, " Shuck said.

The tree lighting in downtown Versailles is planned for 5:30 Friday night. The Christmas parade is planned for 5pm on Saturday.
The second tree in the Shuck's yard has already been promised to the city for next Christmas.