Meeting held about proposal for a resort in the Gorge 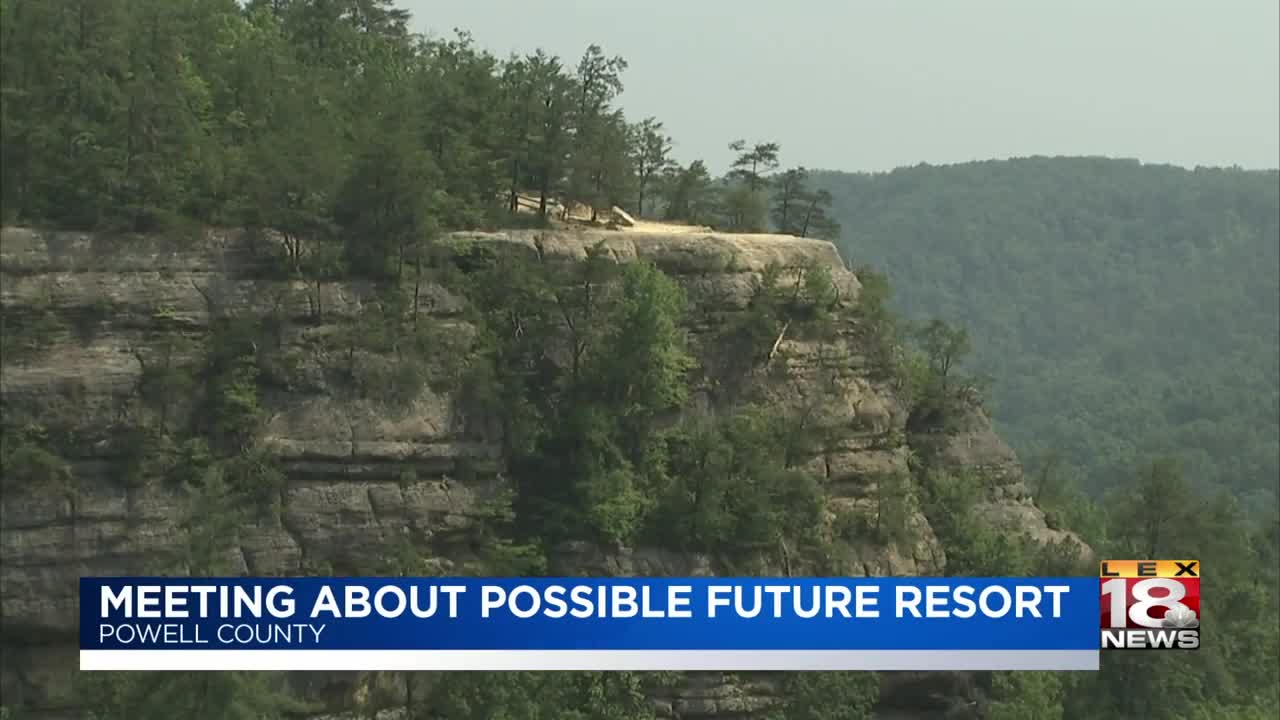 POWELL COUNTY, Ky. (LEX 18) — With the possibility of a new resort coming to the Red River Gorge, there is skepticism and enthusiasm in Powell County.

On Thursday inside the Woodland Center at Natural Bridge State Park, local stakeholders got to learn more about the potential growth. There, they asked Kentucky Chamber of Commerce President Dave Adkisson about the resort.

The Concept Paper calls for a 150-175 room lodge, private cabins, and a retail outlet that could be on private land. The resort could bring in tourists, jobs, and businesses, but many people have told LEX 18 that they are concerned about the environmental impact of a theme resort that would compromise what makes the Gorge so special.

"Nobody involved in our group wants to see a Gatlinburg. I wouldn't want to be a part of it," said Adkisson.

He stressed that it is still very early on in the planning stages and when concerns about tax dollars being spent on a study arose, he said the results are something that could benefit the whole region.

"This is government and taxpayer's money, and so I do hope the taxpayer gets a say in how the study is conducted, and the questions that are asked," said Executive Director of Powell County Tourism Miranda Fallen.

While most are curious to see how this could impact the small artisan and business community, Lisa Moore from nearby Beattyville tells LEX 18's Conroy Delouche that she is excited to see what could happen.

"We need jobs," said Moore. "We need this. And anything that could bring something to this magnitude to this area, I'm for it 100 percent."