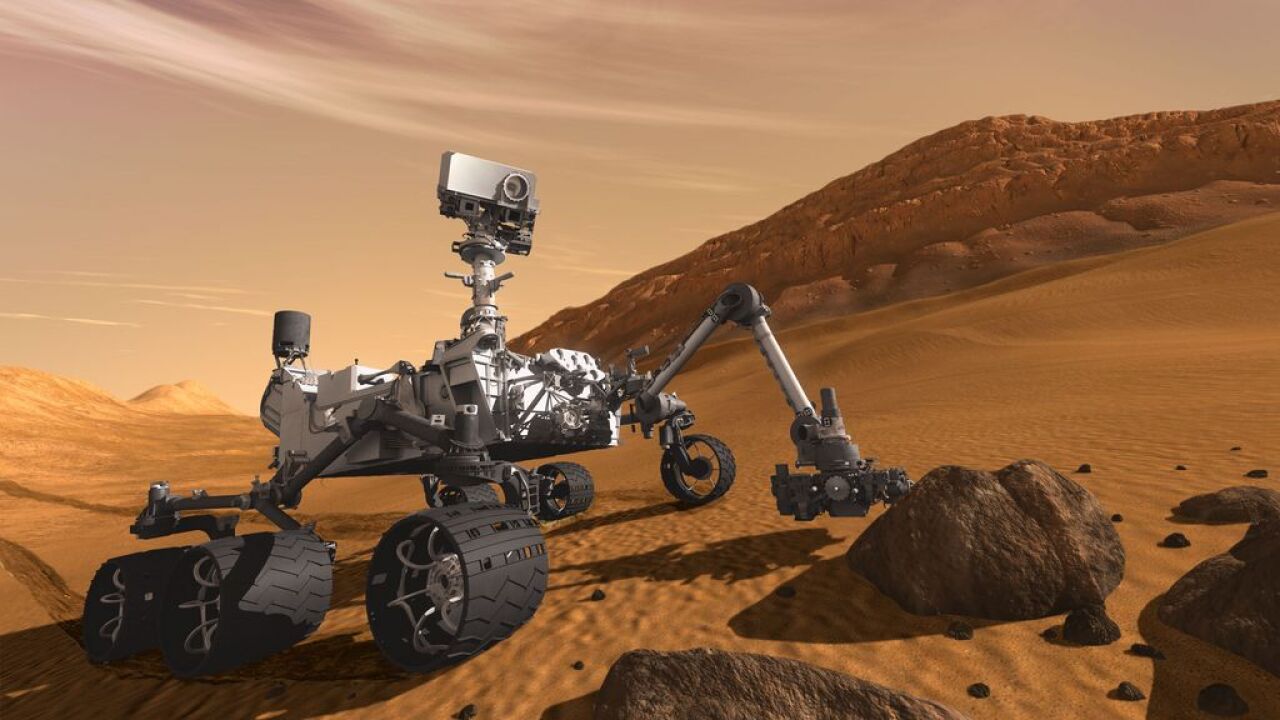 NASA's Curiosity rover is celebrating seven years exploring Mars. The car-size rover touched down on the Martian surface on August 5, 2012. Curiosity set out with the mission of answer this question: Did Mars ever have the right environmental conditions to support small life forms called microbes?

Over the past seven years Curiosity has traveled 13 miles around Mars' Gale Crater, acquiring rock, soil, and air samples along the way. It's no coincidence that NASA chose this area to explore. Billions of years ago there were streams and lakes within this crater.

On-board there are ten scientific instruments, 17 cameras, a laser to vaporize and study small spots of rocks, and a drill to collect powdered rock samples. The structure and chemical make-up of the Martian rocks and soils have been inspected to determine the composition and history. Early on in the mission chemical and mineral evidence showed that the rocks were full of clay, which indicated past interactions with water. This supported the claim that Mars previously had habitable environments to support microbes.

More recently Curiosity has been focused on the "clay-bearing unit" region of Mount Sharp, which is nestled within the Gale Crater. Samples are being taken to understand what the environment was like here billions of years ago when Mars was wet.

The Curiosity mission demonstrated the ability to land a very large, and heavy, rover in a precise area on the surface of Mars. The long-range mobility of the rover has allowed NASA to study diverse environments and analyze samples from different locations on the Martian surface. NASA reported that Curiosity has enough power to keep exploring for a few more years.