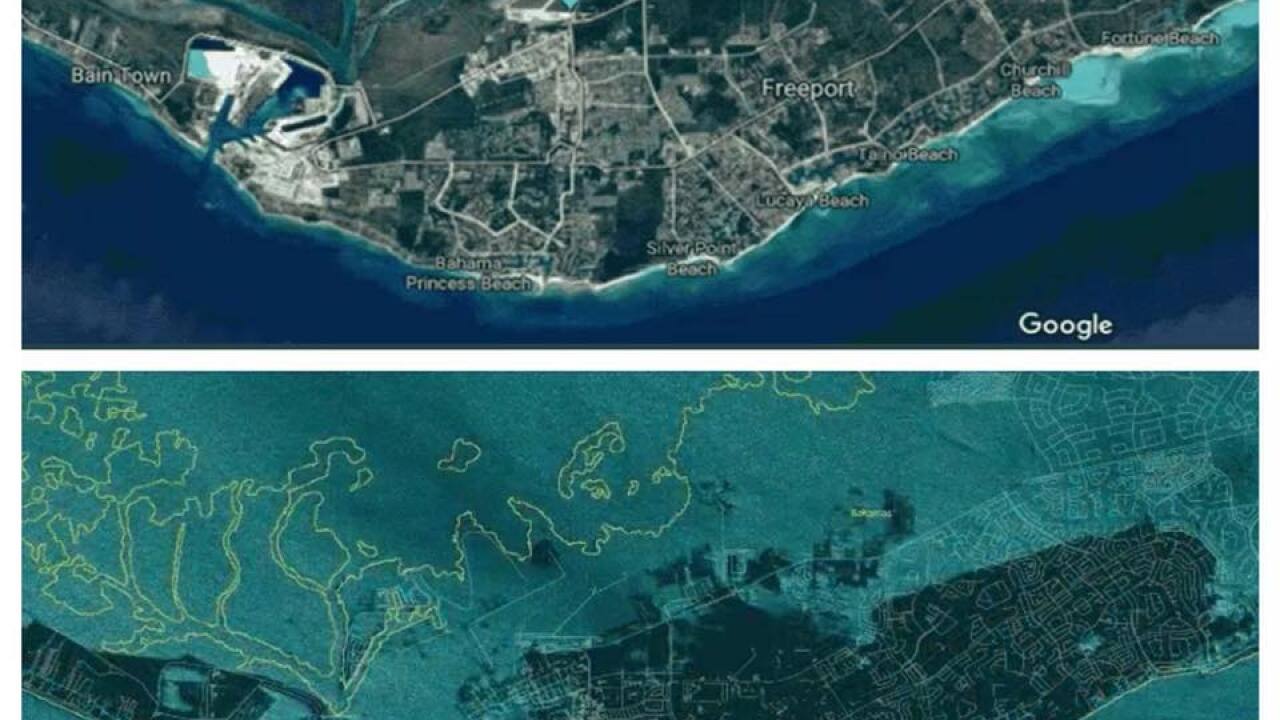 The damage from Hurricane Dorian continues to come to light. The Grand Bahamas Island was hit the hardest as Dorian stalled for nearly two days as a mighty Category 5 storm. Dorian had 185 mph winds at landfall, tied for the second strongest in the Atlantic Basin. Earlier in the week I shared satellite imagery of Grand Bahama Island before and after Dorian. The images show complete devastation. It appears the entire island is flooded. Over two feet of rain fell plus a massive storm surge lashed the island. The powerful winds flattened homes and businesses. There was also significant damage to the airport.

Dorian has yet to make landfall in the US, but the outer bands have been battering the coastal areas of the Carolinas today. Landfall is expected as a Category 2 hurricane late tonight or early Friday along the Outer Banks of North Carolina. The effects are already being felt. The American flag at Frying Pan Shoals, 40 miles off the coast of Cape Fear, NC, is weathering the storm just like it did during Hurricane Florence. The wind is picking up, the pressure continues to fall, and the waves are swelling. At 6 PM the buoy at Frying PAn Shoals recorded a gust of 67 mph, not quite category 1 hurricane strength. That number will jump and the pressure will deepen as Dorian approaches tonight.

The outer bands of a hurricane can still do a good deal of damage. As these bands interact with the land the friction causes high shear, leading to rotating thunderstorms. Over the last 24 hours nearly two dozen tornadoes have been reported, mostly in North Carolina. The threat for tornadoes will spread into Virginia and parts of the Mid-Atlantic as Dorian pulls away from the coast on Friday.

Then there is the storm surge. A six to eight foot storm surge is possible near Myrtle Beach, SC and for the Outer Banks. That means an extra six to eight feet of water could flow onshore with the tide. This amount of extra water will add to coastal flooding concerns.

Dorian will accelerate through the waters off of the Mid-Atlantic and Northeast through Saturday before eventually entering the northern Atlantic. The hurricane will complete its mission by transporting heat and energy from the Equator to the northern latitudes. All will return to normal, that is until the next storm...