Dorian on the move 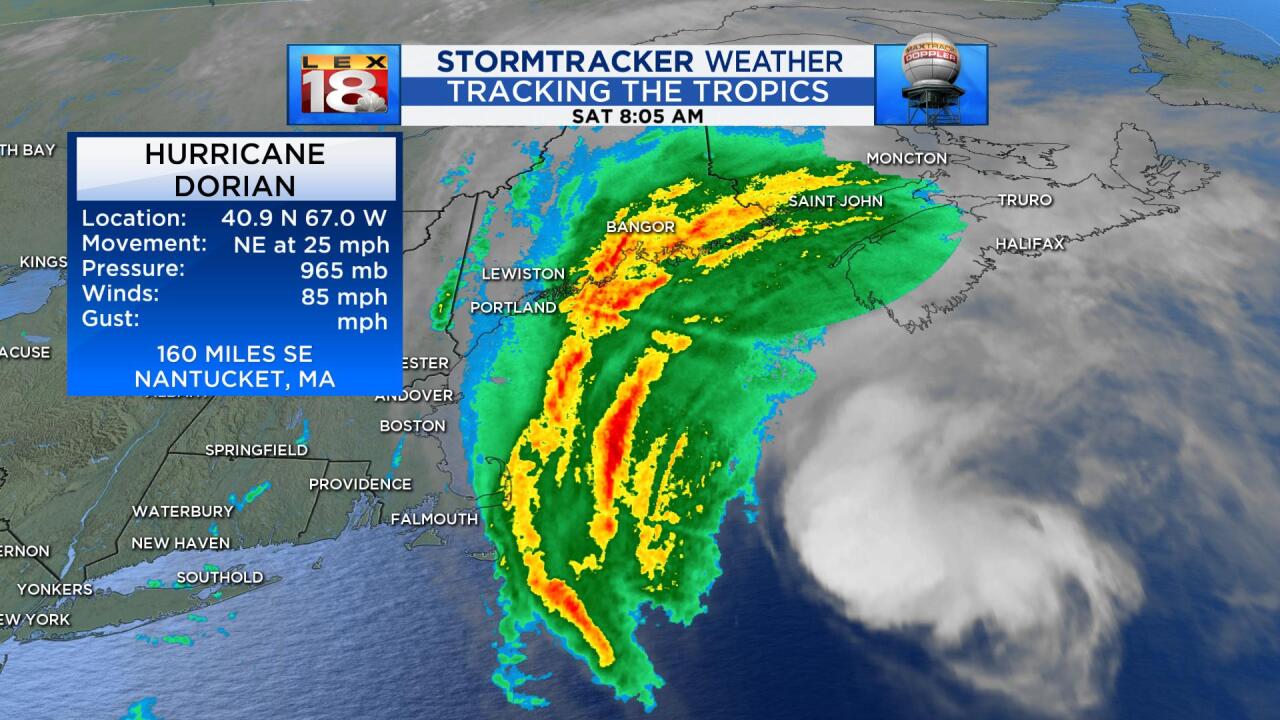 Hurricane Dorian is still hanging around. This is truly a rockstar storm! Dorian brought heavy rain and tropical storm-force winds to Cape Cod and coastal New England as a category 1 storm Friday night and this morning. The worst of Dorian has already departed the US. Lingering outer rain bands will end for eastern Maine throughout the day.

Now the maritime Canadian provinces are bracing for Dorian, in a weakened state but, still as a category 1 hurricane. Hurricane warnings have been issued for Nova Scotia and Newfoundland. Tropical storm-force winds could be felt in Prince Edward Island. Dorian will cross into the north Atlantic by the end of the weekend.

Dorian formed on August 24th. It has been a named storm over two weeks and a hurricane for 10 days now. The storm will become post-tropical as it loses tropical characteristics and crosses into the northern Atlantic.