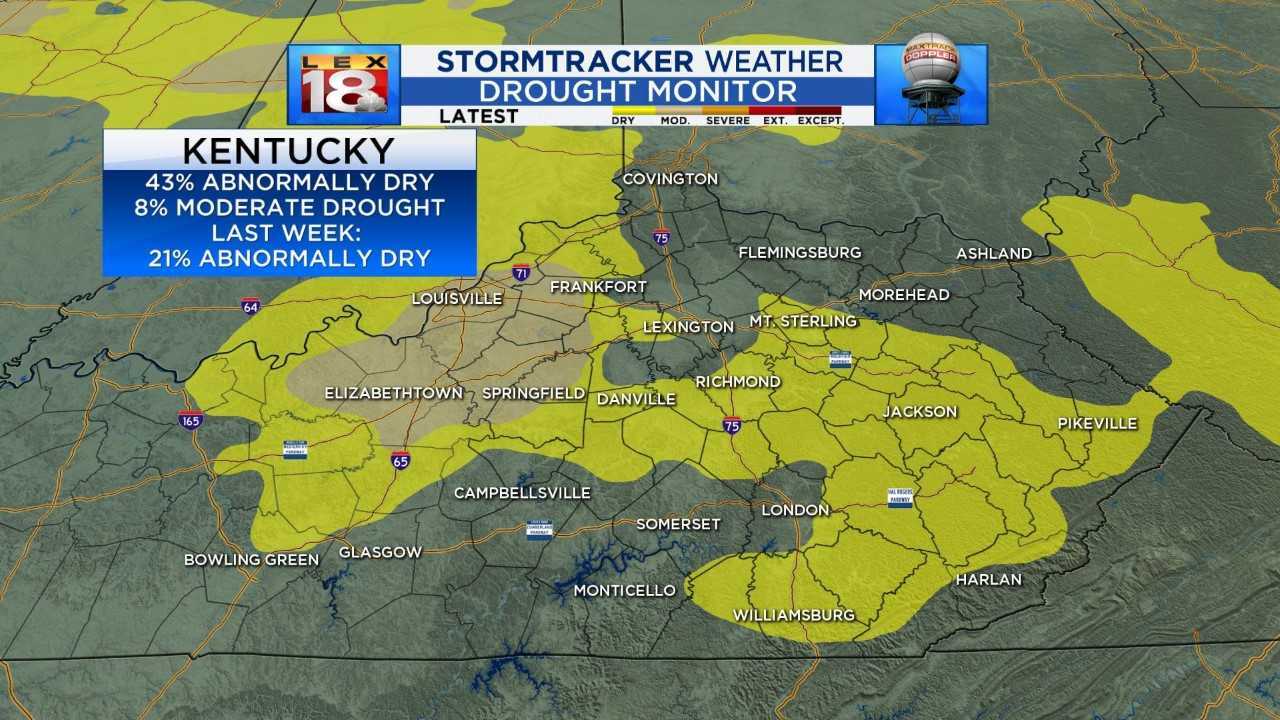 The latest update to the U.S. Drought Monitor shows that more of the Commonwealth is slipping into a drought. Now 43% of Kentucky is considered "abnormally dry," the lowest ranging on the monitor. The Louisville metro and some of our western counties are at a moderate drought. The dry pattern over the past several weeks is beginning to catch up for more areas. The rain that has recently fallen has done little to help the situation. (The cut-off for the recent drought report was Tuesday morning, so rainfall over the last two days was not counted.)

This week's rain has been spotty at best. One of the Kentucky Mesonet sites in Shelby County has recorded 4.70" of rain over the last five days. Meanwhile neighboring Franklin County picked up three-quarters of an inch, and Fayette County received just over half an inch of rain. This has been the story with this recent dry spell - feast or famine.

Most of the recent storms have missed the rain gauge at Blue Grass Airport. The deficit for this month was grown to 1.36". We are narrowly holding onto a surplus for meteorological summer. The annual precipitation total is now up to 35.30", which is roughly four and a half inches above-normal. There is an unsettled pattern setting up for the final days of August.