The northern US is bracing for a blizzard. 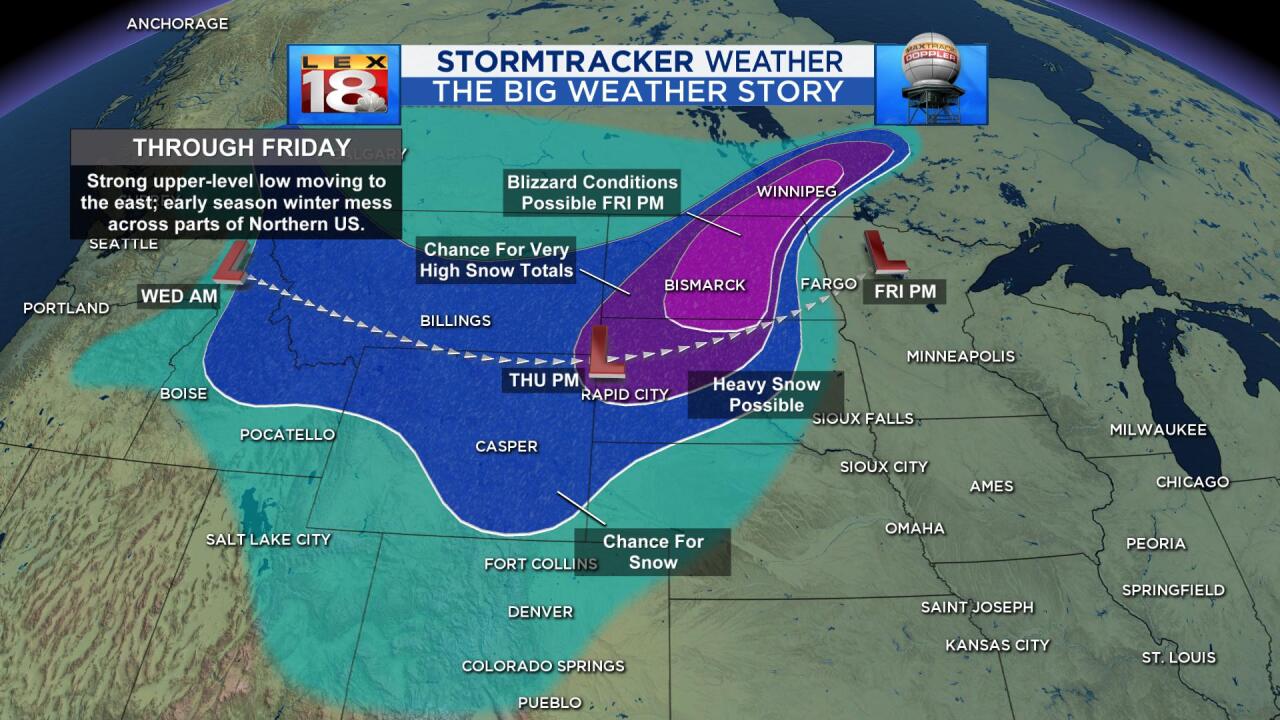 A major early season winter storm is already blanketing the northern Rockies with snow. And this is only the beginning. The wintry mess will expand across the northern tier of the US through the end of the week. Blizzard conditions will be possible for the Dakotas by late Friday as this upper-level low continues to intensify. Talk about an early welcome to winter!

Snow is expected from the Canadian border southward to Denver and from Idaho to the Dakotas through Friday. Parts of the Dakotas and Wyoming could pick up over a foot of snow. Blizzard conditions could add to higher totals. The fierce winds will reduce visibility, which could make conditions dangerous.

This upper-level low will accompany an Arctic front at the surface. The team effort will pull the coldest air of the season southward. Just adding insult to injury across the northern Plains. The really cold air will spill as far south as north Texas. Frost advisories and hard freeze warnings are already in place. The cold air will reach Kentucky by Saturday. Depending on the timing of the front, temperatures could begin in the 40s and only end up near 60°. The first big chill of the fall will felt Sunday morning. Patches of frost will be possible for the first time this fall.