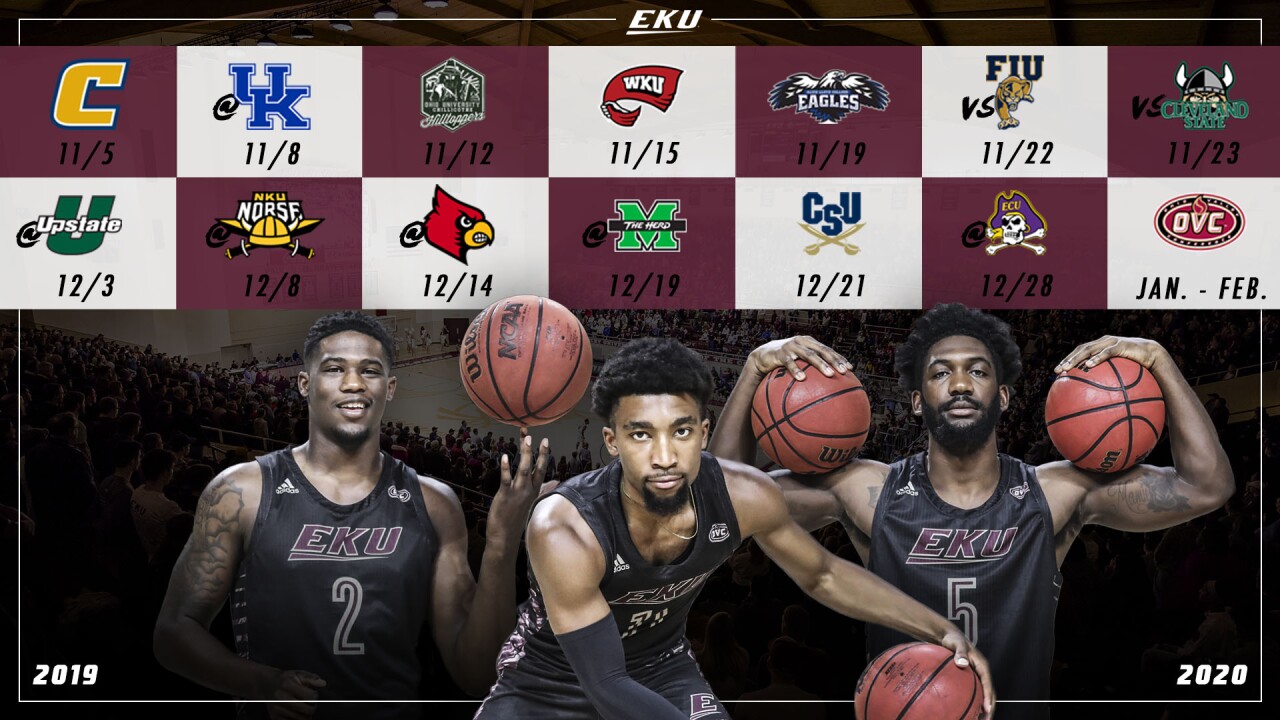 It will be the first time in program history the Colonels have squared off against Kentucky, Louisville, WKU, NKU, Morehead State and Murray State all in the same season.

In all, EKU’s 2019-20 schedule features eight teams that played in a national postseason tournament and 10 teams that won at least 20 games last season.

After hosting Madison County neighbor Berea College in an exhibition on Halloween, the Colonels will open the regular season by hosting Chattanooga on November 5. Eastern went on the road and defeated the Mocs, 81-78, last season in Chattanooga.

On November 8, EKU will travel up I-75 to face Kentucky for the first time since 2015. The Wildcats won 30 games and advanced to the Elite Eight of last year’s NCAA Tournament.

The Colonels will then host Alice Lloyd College on November 19 before travelling to Washington D.C. to play a pair of neutral-site games vs. Florida International (November 22) and Cleveland State (November 23). FIU went 20-14 and earned a spot in the CollegeInsider.com Tournament last season.

The Colonels will play five of their next six games on the road, starting with USC Upstate on December 3 in Spartanburg, South Carolina. EKU will then return to Kentucky to play at NKU on December 8. The Norse are fresh off a 26-9 season in which they punched a ticket to the NCAA Tournament.

On December 14, Eastern will play Louisville at the KFC Yum! Center. The Cardinals won 20 games last season and earned an at-large bid to the NCAA Tournament.

EKU returns home to host Charleston Southern on December 21. CSU won 18 games last season to qualify for the CollegeInsider.com Tournament. The Colonels close out the non-conference portion of the schedule at East Carolina on Saturday, December 28.

Fans can get a head start on the 2019-20 season by placing a non-refundable $50 deposit on season tickets that will be included in the overall price of the package. For questions or to place your deposit, call the EKUSports ticket office at 844-3-GOBIGE.