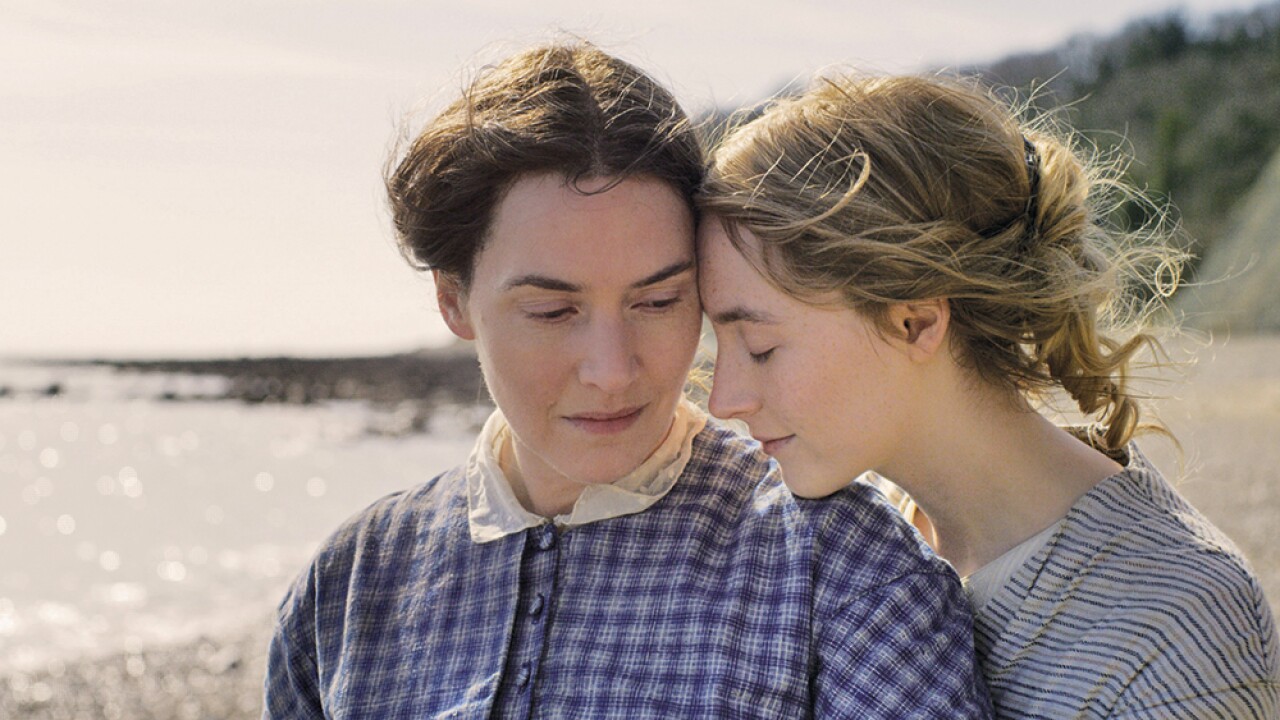 A romance between two lost, lonely women who seize a chance at fulfillment in their forbidden affair, "Ammonite" is a methodical art film with plenty to savor.

Kate Winslet and Saoirse Ronan -- who have 11 Oscar nominations between them and maybe in the running to add a couple more to the pile -- simmer with understated performances, allowing nuances and gestures to speak worlds that dialogue can't match.

Their screentime together lifts the film to its greatest heights, conjuring a simmering dynamic that infuses excitement into the moribund story.

The historical fiction drama, set in the 1840s, imagines the personal life of pioneering British paleontologist Mary Anning (Winslet), who was marginalized by the scientific community boy's club. Reduced to peddling fossils to wealthy tourists in order to support her ailing mother (Gemma Jones), Mary develops an exterior as hard and impenetrable as the bones and rocks she unearths.

Mary grudgingly agrees to make some extra money by caring for Charlotte (Ronan), the ailing wife dumped off on her by one of her clients.

At first, Mary sees Charlotte as a privileged nuisance who can't connect to her life of science and struggle, but they find common interests and angsts, causing the ice between them to slowly crack.

They steal moments of intimacy amid their struggle-filled life, finding joy and passion neither imagined was waiting for them. Left unspoken -- but weighing heavily all along -- is the realization that the social values and customs of the time all but doom their prospects.

Director Francis Lee ("God's Own Country") shows an eye for sweeping visuals and an ear for intimate moments. He's not as adept at infusing his story with much urgency, though.

Many scenes unfold as lingering tone poems meant to set the scene and color the characters. The drawback is that the movie moves so slowly that it's easy to lose interest and drift away.

"Ammonite" is often as dull and opaque as its title, but worth watching for the two lead performances, as well as its intricately spun tale of a complicated friendship and love. The film is just as beautiful and difficult as the relationship it depicts.