The drought continues to worsen. 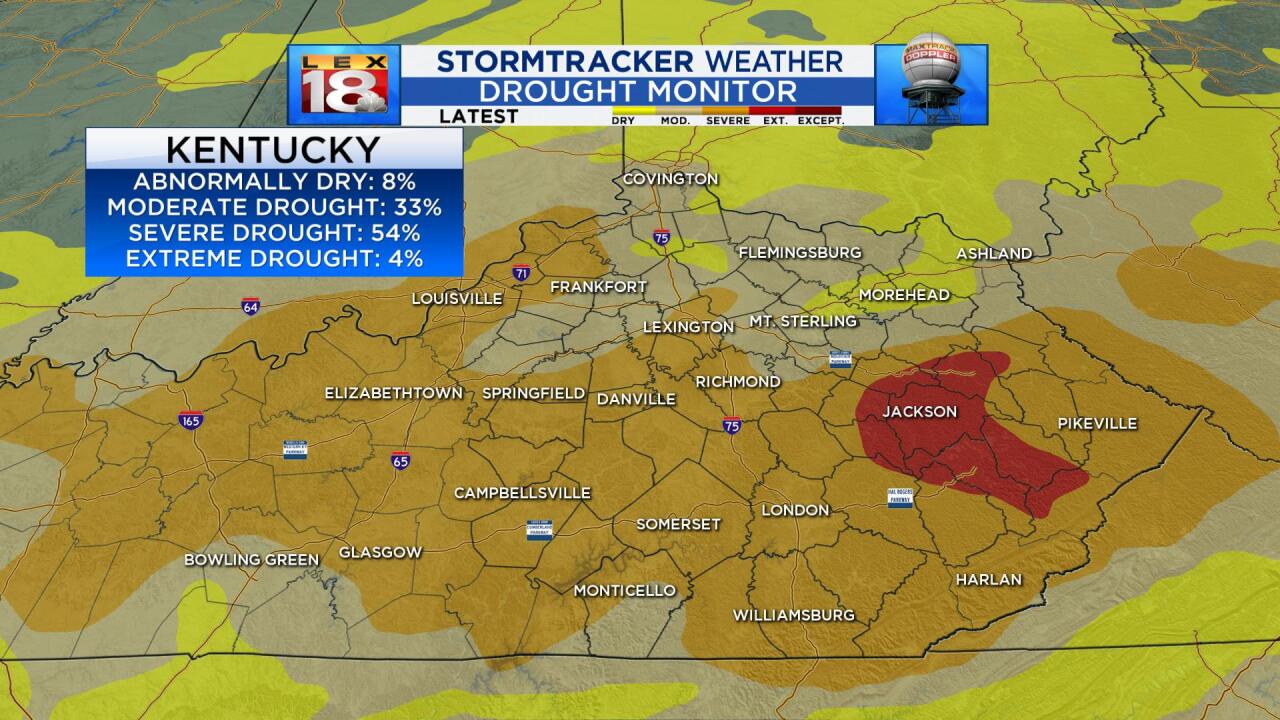 It only took eight weeks to go from good to an extreme drought. The latest update to the drought monitor was released today. Over 50% of the Commonwealth is experiencing a severe drought, including Fayette County. A pocket of extreme drought has popped up in eastern Kentucky.

The bone dry days of course haven't helped matters. It has been 37 days since the last measurable rainfall. This ties the longest dry spell in Lexington with a stretch through August and September 1908. Tomorrow we will enter uncharted territory. The dry stretch will be extended to day 39 before rain arrives on Sunday. Another cold front will bring widespread rain that will linger into Monday. One to two inches of rain will be possible. It won't be a drought quencher, but the upcoming rain chances will help.

There have only been trace amounts of rain since the start of September. We need over three inches of rain to make up for the recent dry spell. There is still a surplus on the year despite the dry last five week. The surplus is shrinking, though.