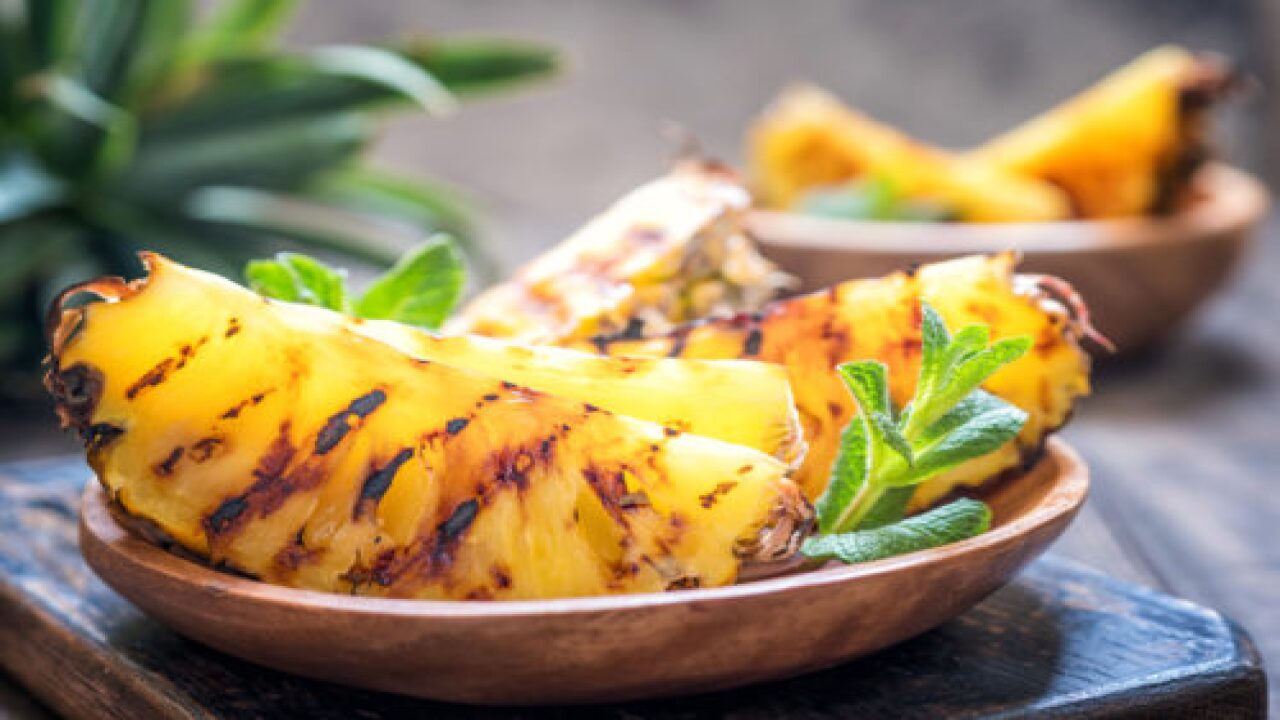 If you’ve only ever used the barbecue for savory meats and veggies, you’re missing out on a whole world of smoky-sweet grill recipes. When you skewer some fruit and throw it on the grill, the fire caramelizes the fruit’s natural sugar and gives it a hint of savory smokiness.

Grilled peaches, for example, topped with a dollop of goat cheese make for a perfectly sweet-tangy summer snack. And pineapple is particularly good for grilling, as it’s meaty enough to be speared with a stick and full of sweet juices waiting to caramelize over the fire.

Chunks of plain pineapple grilled on the barbecue are satisfying enough, but Delish has a fiery-hot recipe for grilled pineapple — complete with Fireball Whiskey — that elevates this from a simple snack to a spicy-boozy dessert adventure.

The recipe calls for one ripe pineapple, cinnamon sugar, cayenne pepper and, of course, that beloved cinnamony spirit, Fireball Whiskey.

Find measurements and instructions for this recipe on Delish, where they suggest eating the pineapple for dessert with some vanilla ice cream. Yum!

For those who just can’t get enough spice, pair this sweet grilled treat with a Fireball and pink lemonade cocktail, also a Delish concoction, which mixes the tart citrus of lemonade with Fireball’s spicy kick.

Served in a cute mason jar, the lemonade cocktail makes for perfect grill-side sipping on a warm summer afternoon.

Alternatively, you could mix up a pitcher of Fireball sangria and add some Fireball grilled pineapple chunks to the drink for an extra boost of spicy, smoked fruit flavor.

Looks like Fireball whiskey will be the gift that keeps on giving at barbecues this summer!