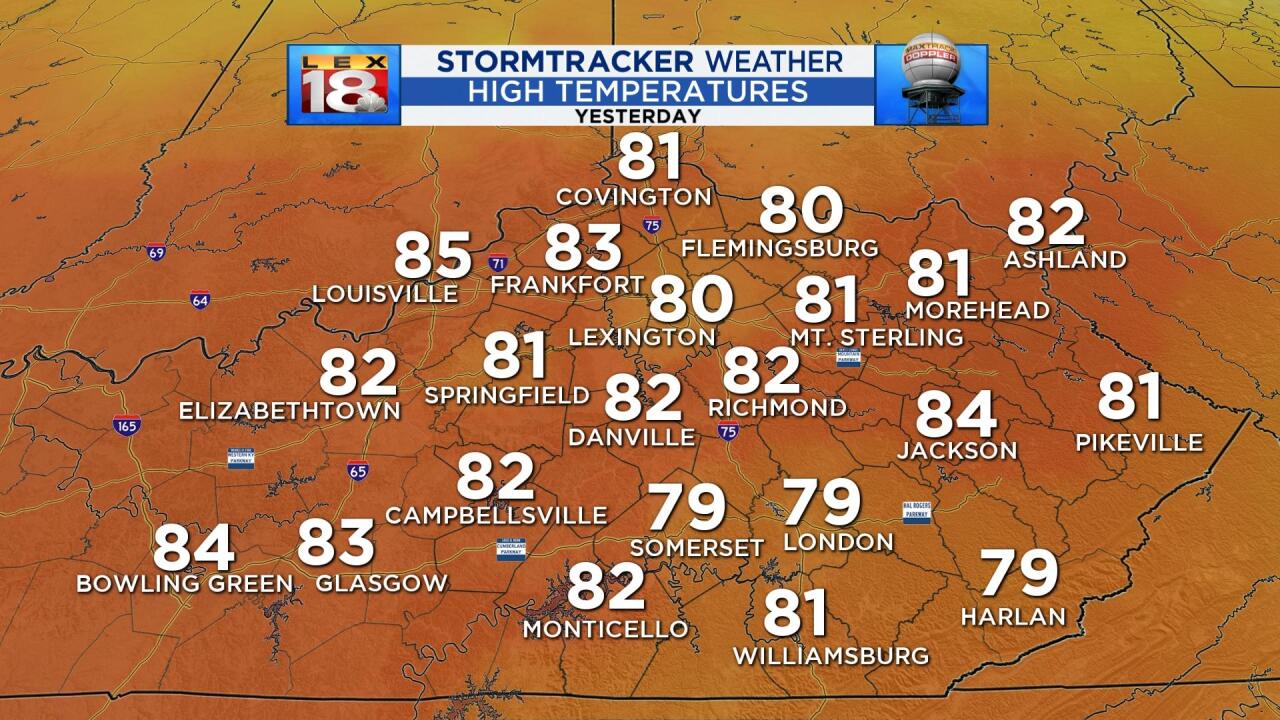 It looks like we have finally turned the corner after weeks and weeks of cooler than normal temperatures, in some cases record cold temperatures. Thursday was the warmest day of the year for most of central and eastern Kentucky. Lexington recorded the first 80-degree day of 2020. The last 80-degree high was back on October 21, 2019.

The first high of 80° or above typically arrives in mid-April. Lexington's first 80-degree day was recorded on April 11th last year. This year was the third latest occurrence. The latest first 80-degree high was recorded on May 22, 1972. Unlike this May, May 1972 was only slightly cooler than normal with highs in the 60s and 70s up until the 22nd.

Before yesterday cooler temperatures seemed to be the norm. Right now we are holding the top spot for the coldest May in Lexington weather history. Almost 4 degrees separates May 2020 from the previously coldest May from 1917, but we're only half way through the month. (This is the second coldest start to May. Only the first half of May 1917 was colder.)

While temperatures will continue to warm and feel more summer-like through the weekend, there is another dip in the mercury looming. A subtropical system will spread rain and more clouds across the eastern third of the U.S. early next week. In turn, temperature will take a sharp dip. Tuesday will be 20 degree cooler than Sunday. Temperatures will rebound later in the week.