This year's first frost is right on schedule. 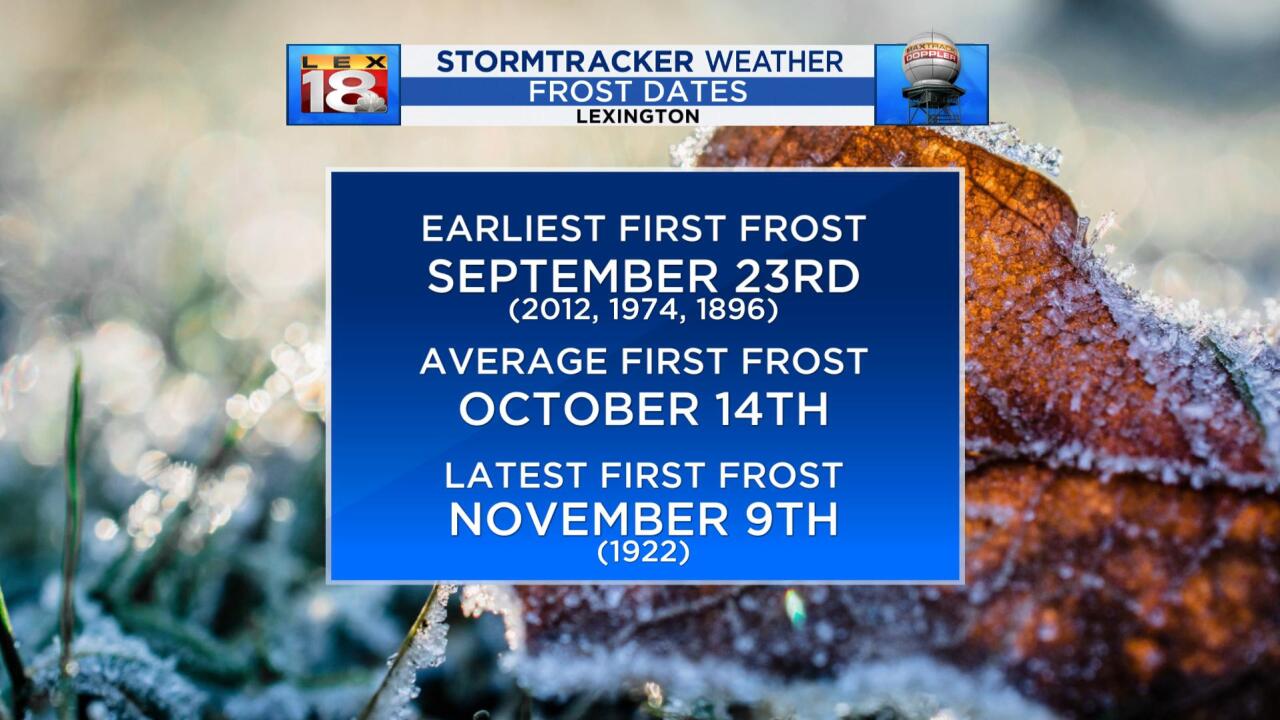 There are a number of meteorological conditions that can lead to frost formation:

Soil moisture/temperature and stage of vegetation, it's "green-ness," are also factors.

A Frost Advisory goes into effect for most of the area tonight and will run through 9 AM Sunday. Areas of frost are expected with temperatures bottoming out in the mid 30s.

Make plans to protect your outdoor plants. Bring your pets inside for the night.