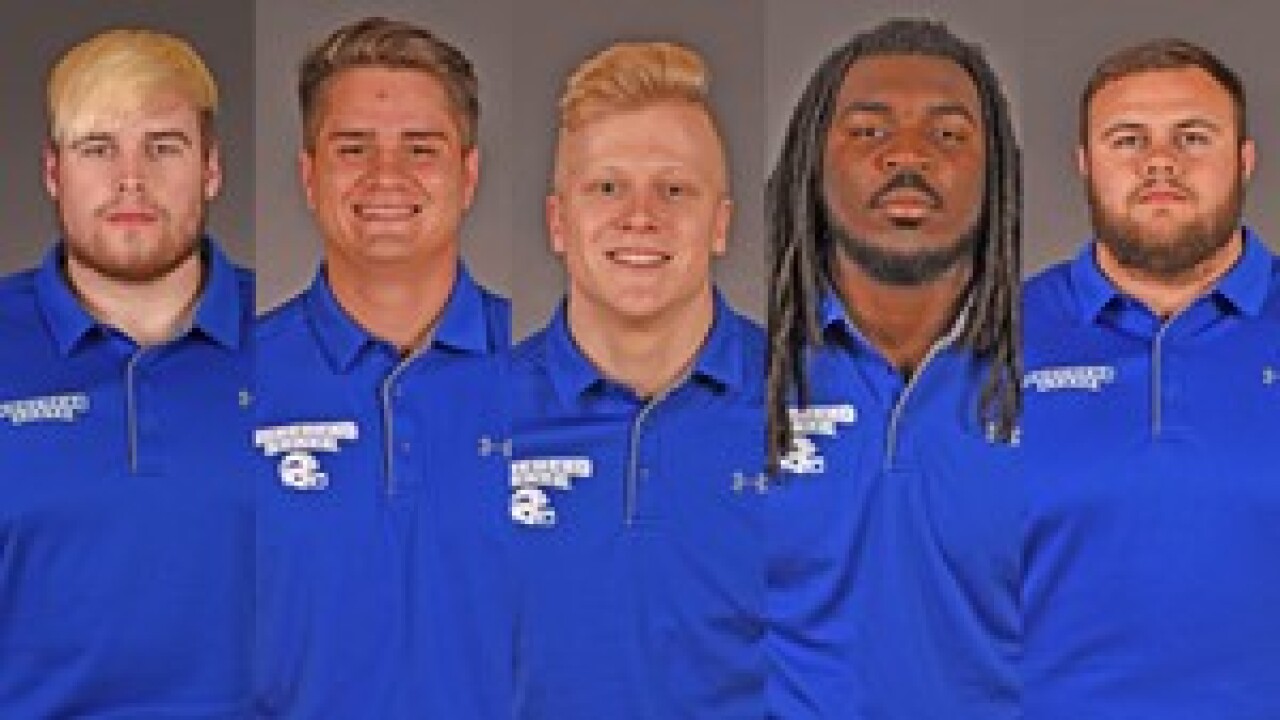 Poe, from Salyersville, Ky., is also an official All-PFL preseason selection. He has started 20 games in the past two seasons at both tackle and guard and has helped the Eagles generate one of the top offensive units in the league.

Holder, a native of Mt. Airy, N.C., settled in as the Eagles' punt returner in 2018. Although he brought back just six punts, he averaged 12.9 per return. He also averaged 14.8 per kickoff return.

Bailey is from Nicholasville, Ky., and teamed with Poe to form a solid offensive line last year. Bailey has now made 22 consecutive starts.

Taylor, Jr., a transfer from Kansas who is from Washington, D.C., stepped in and led the team with nine tackles for loss and three sacks in his first season. He also was credited with a team-best seven quarterback hurries.

Morehead State opens the 2019 campaign on Thursday, Aug. 29 against Union (Ky.) at 6 p.m. at home. Tickets are on sale now. Click here [msueagles.com] for all ticket options.